Rafael Nadal Hair Transplant Before and After Photos. Today in celebrity hair transplant we will check out Rafa Nadal and his reported surgery to ensure that his head will continue to be full of hair in the future. It is surprising to hear that he is losing his hair but, apparently, he is.

Check out for instance this photo of Rafa at the Shanghai Rolex Masters. Sure his hair is still there but it is clearly thinning. Right? 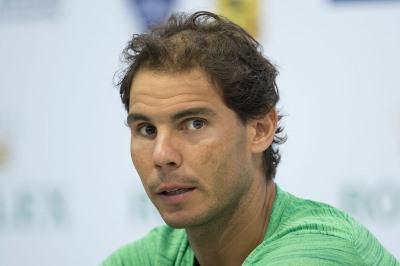 Here’s another photo of Rafa which clearly shows some hair loss happening. 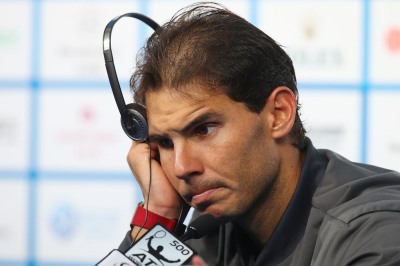 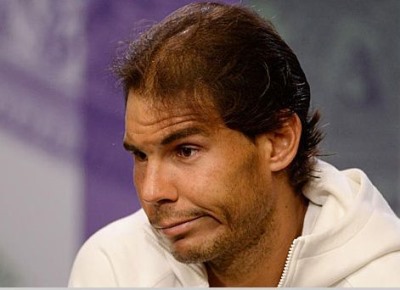 El Mundo (elmundo.es) has more details about the Rafael Nadal hair transplant. This is a translation (by Google Translate) from the original Spanish:

The technique that the medical team would have used with that of Manacor is the innovative FUE (Folicular Unit Extraction), in which the follicular units (composed of two or three hairs) are transplanted one by one, instead of Remove a strip of scalp with which are implanted at a time about 1,500 follicular units.

As explained by Dr. Mato Ansorena, one of the greatest experts in hair transplantation, “follicles are extracted from the nape of the neck, because it is an area whose hair never falls, not even in bald persons, and implanted where necessary, as in the front, where it is seen that Nadal needed it.”

The article went on to say that one who underwent a transplant similar to the tennis champion would be able to return to normal life 15 days after the surgery.

However, the full result of the hair transplant is expected to be evident after six months. This means that we only have the “before” hair transplant photos of Rafa. In six months, we hope to update this post you to give you some “after” pics. 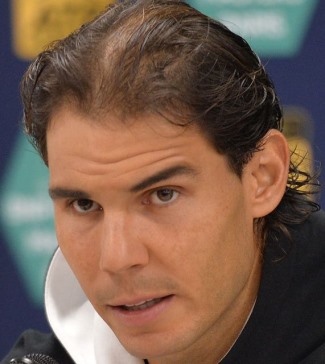 Question: Which tennis player do you think will need a hair transplant in the future?