Geeze. Religious guys being so concerned with worldly wealth? Now that’s something new. Nah, not really. It’s as old as when religions became organized scams. 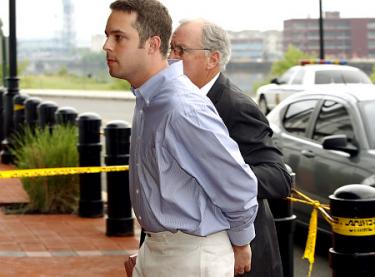 From NY Daily News: “Cammarano, only in office about three weeks, was charged with accepting $25,000 in bribes, including $10,000 just last Thursday, from an undercover witness.”

Incidentally, Cammarano was born on July 22, 1977 so he celebrated his 32nd birthday a day before his arrest. Oh my. So young…. and now allegedly corrupt. But let’s give the guy a break, maybe he thinks it was his birthday gift or something.


New Jersey Money Laundering and Organ Black Market Scandal – Video. Wow. This is just freaking unbelievable. Some public and religious officials in New Jersey are under investigation for money laundering and their involvement in a black market organ ring.

Freaking unbelievable. But then again, this is New Jersey we are talking about so maybe we shouldn’t be so shocked. From The Examiner: “This is a breaking story so details are still minimal. But what has been said so far is that the mayors of Hoboken, Peter Cammarano, and Secaucus, Dennis Elwell, have been arrested. Also included in the arrests were Jersey City Deputy Mayor Leona Beldini, state Assemblyman Daniel Van Pelt, and some rabbis from New York and New Jersey.” 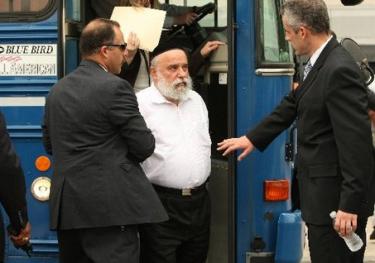 According to a report by nj.com, the rabbi brokered the sale of black-market kidneys, “buying organs from vulnerable people from Israel for $10,000 and selling them to desperate patients in the U.S. for as much as $160,000.”


From CBS: “In one case, investigators say Eliahu Ben Haim, the principal rabbi of Congregation Ohel Yaacob in Deal, N.J., received checks ranging from tens of thousands to $160,000. In order to handle the heavy flow of money, prosecutors say Haim farmed out the money laundering to a network of rabbis in New York and New Jersey, who would also use accounts associated with their synagogues to disguise the transactions.”

So if he’s the one farming out the money, could he be considered the mastermind of the gang of five money laundering rabbis? Just asking.

Solomon Dwek: The Money Laundering Witness?. So how did the gang of five money laundering rabbis got caught? If you’ve been watching some mafia movies, you’d go “There’s an insider who ratted on them to save his own skin.” Wow. You’re such a genius, my friend. And your mom tells you that you’re wasting your time watching movies, huh? 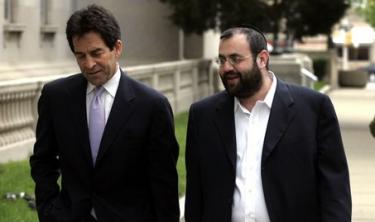 Anyways, Solomon Dwek (that’s him on the right) is being reported as the insider who ratted on his rabbis. For some reason, Dionne Warwick’s “That’s What Friends Are For” is ringing in my ears.