Puma Male Underwear Models: Men Wearing Puma Briefs. We know you want more of Catching Fire’s Alan Ritchson and his awesome hawtness — see Alan Ritchson Underwear Photos — so we decided to do a post on him modeling Puma underwear. 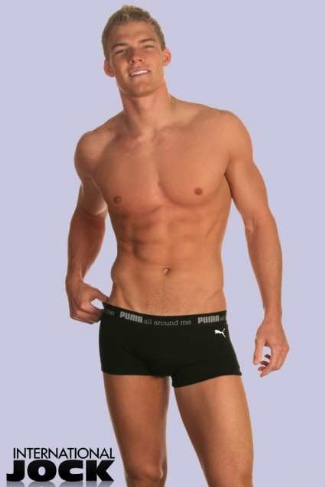 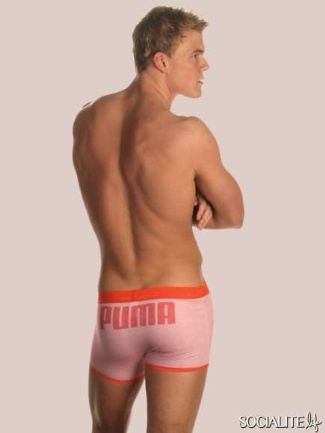 But we know you want more Puma male underwear models so we searched and dug the internetz to bring you what you want. And look what we found? It’s Rob Wilson, the cute muscle hunk who made modeling history as the first male model on The Price is Right. He’s modeling tight Puma briefs on International Jock.

He’s rocking not only his briefs underwear but also his Puma boxer briefs. 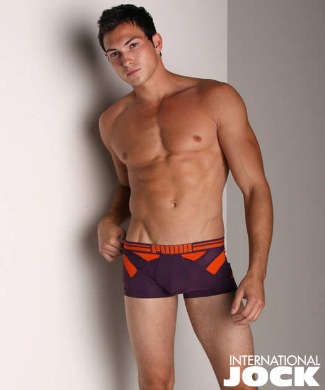 Too bad we don’t have a name for this guy who’s modeling this Puma Pro Tech Boxer Brief Black. 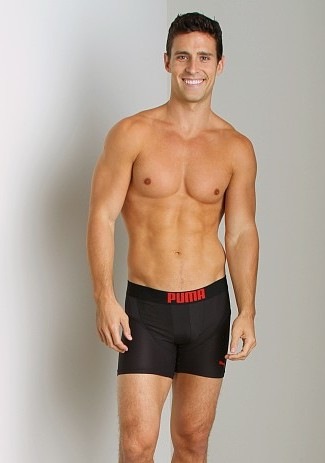 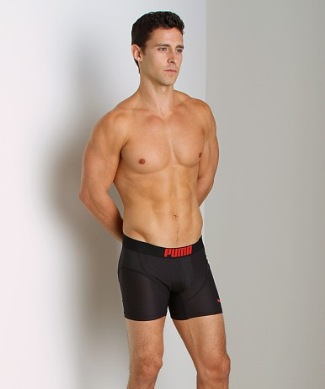 Here’s what International Jock says about it: “Perfect for the active guy, the Puma Pro Tech boxer brief is designed to keep up with even your hardest workout. Featuring microfiber paneling that wicks away moisture and is accommodating to your every movement, this brief will keep you dry and comfortable no matter how hard you work. A contoured pouch keeps you supported along with mesh insets that allow for maximum breathability.”

Oh, so its apparently designed for sporty guys. It’s not for our beau who’s the stuck-in-the-office-desk-chair and stuck-on-the-couch-at-home kind of guy. But, then again, maybe he’ll be encouraged to go to the gym and work out if we buy him a Puma Pro Tech Boxer Briefs? What do you think?

Let’s end our post on Puma Male Underwear Models by ogling at this cutie who drops his trousers every time the stock market drops. Its an advert called the Puma Index. Question: Would our Puma Index hunk remove his underwear if the stock market crashes?