Puffa Jackets for Men: Bradley Cooper in Gant by Michael Bastian. What do celebrities wear to keep themselves warm during winter? Well, if you are Bradley Cooper, you’d opt for a puffa jacket particularly this one from the Fall/Winter Menswear Collection from Gant by Michael Bastian. It’s a sensible choice. Can you think of a jacket that does a pretty swell job in keeping off the cold winds and conserving your body heat. To see more of the Silver Linings actor, check out our post on Bradley Cooper’s Underwear.

A male cutie models the puffer jacket from Gant by Michael Bastian.

Other famous celebrities spotted in their puffa jackets for men include the male half of Brangelina who’s seen here at the set of his zombie movie, World War Z. Brad Pitt is reportedly re-shooting some scenes for the movie. It was supposed to be shown in December this year but the re-shoots pushed back the movie release to June 2014. 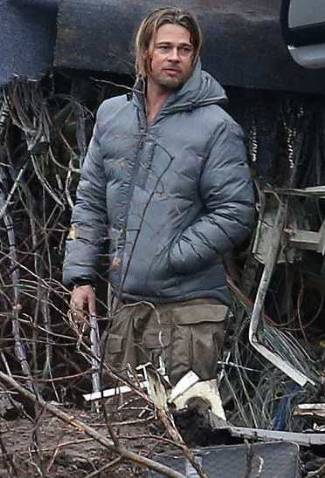 For his part, Tom Cruise decided to ditch the suit and tie and opted for a very informal ensemble of jeans and puffa jacket during the premiere of his latest flop of a movie, Jack Reacher, in Madrid, Spain. He was criticized by red carpet purists who said that he should have respected the occasion and worn a suit. Deena says on Tom’s recent box-office results: In defense of Tom, Jack Reacher may be a flop but his latest Mission Impossible movie is a blockbuster hit not only in the United States but also worldwide. 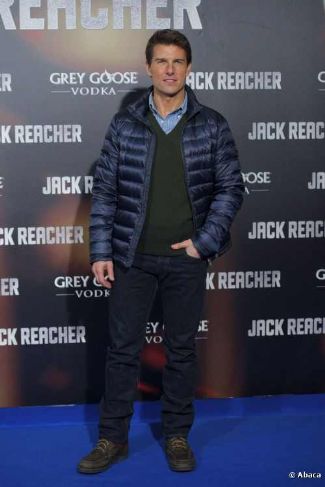 Question for you Famewatcher fashionistas: How much would you pay for a puffer jacket? Kevin says puffas, depending on the brand of course, could go anywhere from $50 to $500. Would you pay five hundred bucks for a jacket? Want more men’s winter coats?