Prince William Hair Transplant: Restore His Crowning Glory. If you are looking for examples of how hair loss affects the hotness of a man, you need not look further than these photos of future British king, Prince William. In our book, the Prince’s hotness rating dropped by 50% when he started losing his crowning glory. 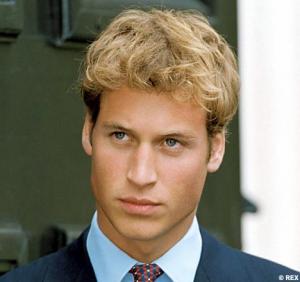 We hope that he will eventually follow Italian Prime Minister Silvio Berlusconi‘s example and get himself a hair transplant or whatever hair-related surgical options are there for him to pick from.

However, we are not quite sure whether hair transplant is medically advisable for men as young as the Prince. Maybe its okay for young men like Brendan Fraser but for a man in his 20s like Prince William? We kinda feel bad for the dude, to be honest. He is so young to be losing his hair. 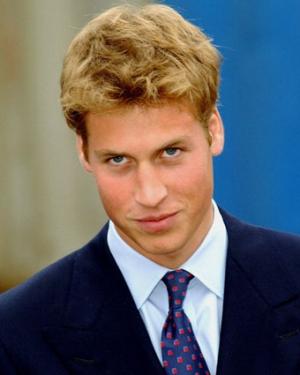 But then again, he is the future king who will reign over us commoners someday so maybe we should re-direct our sympathies elsewhere. 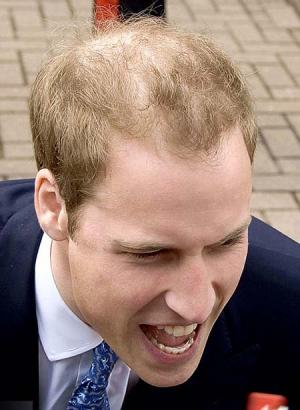 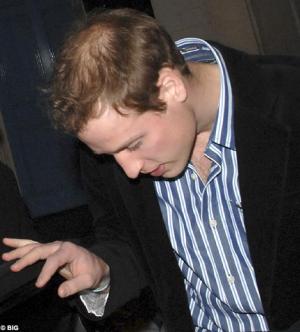 Teodoro Blacio: I think for the Prince would not be advisable. If you’re an actor its good for business. But the Prince it would be too much of a vain move.

Dr. Alan J. Bauman: @Teodoro, I think it would really depend upon how HE feels. If it bothers him, he should take action. Even if he wants to just keep the hair he has, modern medicine can do it. If he wants to restore it undetectably through a transplant, he can do that too–remember this is the modern age of hair transplants, NOT your father’s hair plugs! It’s not considered ‘vanity’ to fix a chipped tooth, why is it vain to want to keep or restore you hair? #:-)

…..
Prince William Hair Transplant Imagined: Is Black Hair Good For Him? (16 February 2010). Did Prince William have a hair transplant to restore his crowning glory? If the photo below from an upcoming issue of Hello Magazine was not photo-shopped then we are going to say that Our Future King is following the route taken by Italian Prime Minister Silvio Berlusconi. Yay! Good for Prince William. About time he did something about his “hair challenge”. 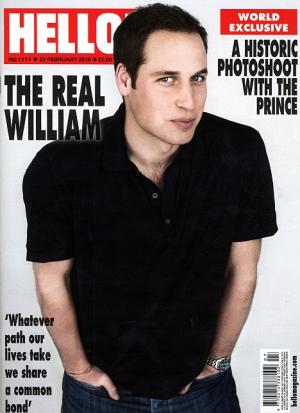 The black hair suits him nicely too, it’s more manly and authoritative, don’t you think? Oh, by the way, ever heard of the hair loss urine therapy which allegedly brings back your hair. It sounds crazy but we don’t blame people for trying it. 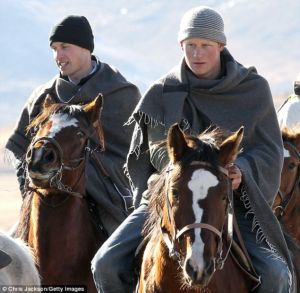 Do you think Prince William would be better off if he keeps the hat on his head rather than show us his balding pate? 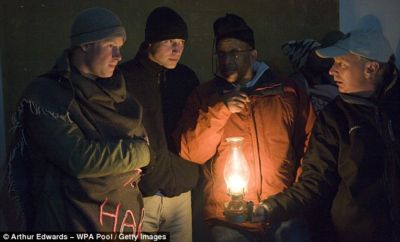 …..
Royal Hair Style: Prince William & Prince Harry (02 April 2009). Look who needs some hair combing? It’s future king Prince William and his younger brother Prince Harry. Harry, who looks like he just got up from bed, needs it more than William. 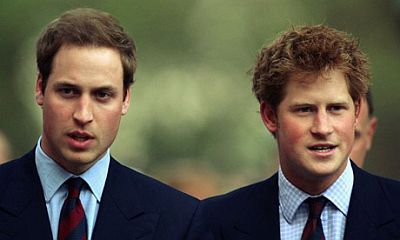 Note to Harry’s many girlfriends: The best gift you can give him on his birthday or during Christmas is a fine-toothed comb. Hehe.