Prince Harry Smoking Cigarettes. The smoking Prince Harry. This is a photo that cigarette companies will definitely love to see. Hello, cancer-producing Philip Morris! It’s also a photo that anti-smoking activists hate to see. We won’t be surprised if they take the Prince to task for smoking and for getting caught in public doing it. 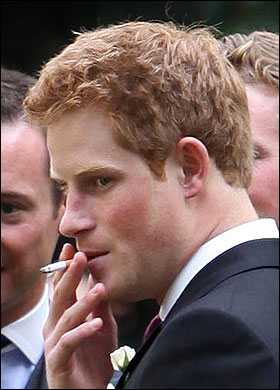 My. My. Smoking is uncool but Prince Harry looks smokin’ hot, no? 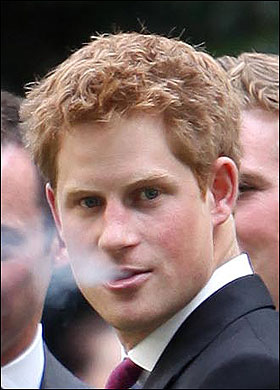 Anyhoo, maybe we should cut Prince Harry some slack because maybe he’s trying to get over the fact that her ex-girlfriend Chelsy Davy ditched him for a banker? Smoking a cigarette won’t cure a broken heart though, Harry. It will only give you cancer. Yup, even if you puff the smoke away.

One of the judges of Strictly Come Dancing, Craig Revel Horwood, wants Prince Harry to join his show. A dancing Prince Harry? What’s not to like?

“‘It would be brilliant to have a bit of royalty, ‘I think he’d just go for it. There’d be no reserve about him. You know, party boy, party sound, Brazilian sambas, all of that stuff would really suit him.

“Actually, I think people would fall in love with him. You’d get a whole new generation watching.”

Yeah, people will definitely tune in. Especially if he goes about licking nipples as he does to these guys. That would be fun to watch. 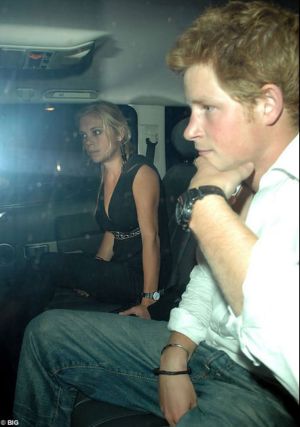 What do Prince Harry and Justin Bieber have in common? They are both pretty. Girls go crazy over them. And they both wear a Casio G-Shock watch. Check out Justin Bieber’s Casio.

What makes the Casio G-Shock so special that famous people are wearing it? Hmm, we’re guessing celebs are liking this watch because its known to be resistant to shocks such as hard knocks and strong vibrations.

PRINCE HARRY RELATIONSHIP UPDATE (6 February 2017): He is now dating a girl named Meghan Markle. Meghan is a Canadian actress who stars in the TV show Suits. Good for him. And good for her. Yay for love!