Confused, we looked at him and went: “What are you doing? What’s all that about?”

“His gaydar is pinging and he’s saying Porter Stansberry is gay,” Deena answered pointing at the screen which just splashed a picture of the victim and his college friend Porter Stansberry. 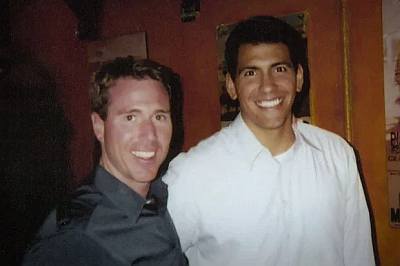 “Yeah,” Kevin added. “He totally has a gay face. A conservative Republican gay face at that, maybe an evangelical one too.”

“You can’t say that. And there’s no such thing as a gay face,” we told him.

“Duh, I can say it because I’m queer. And you can’t say its not a thing. Gaydar is a thing and mine is ping, ping, pinging every time Porter’s picture is on the screen. You know I’m right about these things,” he insisted.

To his credit, Kevin is the first person we know who mentioned that Ricky Martin is a friend of Dorothy long before the singer came out as a “fortunate homosexual man”. Kevin also told us that Australian swimming champion Ian Thorpe is a member of the LGBT family way before the five-time Olympic gold medalist busted out of the closet.

What do you think fellow Famewatchers? Could Kevin be correct. Does your gaydar ping when you look at a photo of Porter Stanberry? 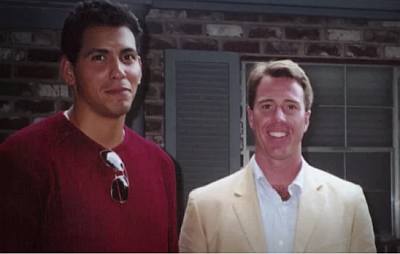 Was he involved in the mysterious death of his college friend and, if so, was it because of unrequited love? Did his married friend rebuff him? Why did he put up a reward for information that could help solve the death of Rey Rivera only to clam up when the last phone call the victim received was traced to his company? Will the unsolved mystery remain unsolved? For the same of Rey Rivera and his family, we sure hope not.

Porter Stansberry Wife or Girlfriend? Is the financial advisor single or married? Apparently, he’s got a family. According to a poster on Reddit, he got married on 9 November 2004 and had his first child three years later. He must have other kids too because he wrote an article about the financial advice he would give his children.

Update: Another Redditor, who goes by tenderleash, claims that “Porter (Frank) was just divorced from his wife. This went through in late June. Very telling!”