Zach Miko aka The Only Plus Size Male Model at Target. What he says about how he landed his Target modeling gig:

It was luck. My acting manager had a friend who was working as a stylist, a hair and makeup stylist, and Target was looking for someone who was big and tall so my manager rings her up and says, ‘I got one.’ 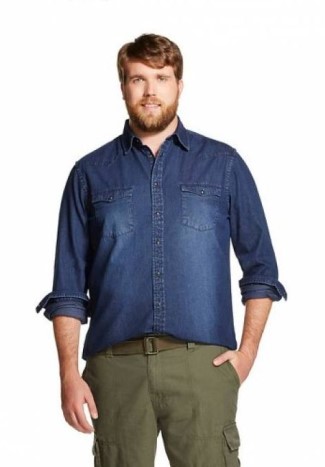 And here’s how he accepted his plus size bod:

I was like, ‘I like being the big guy. I’m happy to be the big guy. I’ve been trying to change for years because that’s what the industry is telling me to do and I don’t want to do that.

Jesse McNeilly (brand ambassador and model for Aussie brand Johnny Bigg). Hot damn! Please tell us we are not the only ones who want to do the dirty with this man. Joke. Joke. 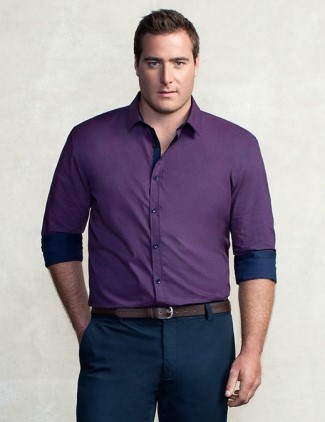 In an interview with The Fashion Spot Australia, Jesse talks about male body images and how finding the right size makes you look good:

With so much focus on women’s bodies in the media, do you ever feel like body image issues for men can get forgotten?Jesse McNeilly: Totally. I think it fits into the category of “as a man you shouldn’t cry or talk about your feelings.” If you’re a man’s man, you don’t sit around talking about a type of shirt or a colour that looks good on you, because that’s not the way our male culture is built.

I don’t think that’s necessarily a bad thing, it just creates a window for brands like Johnny Bigg to really capitalise on that. When you walk into one of their stores and you see other guys your size and they look good wearing the clothes, it makes you want to buy it.

Do you feel like the men’s fashion industry can be discriminative towards body shape? How so?
Jesse McNeilly: Yes. I don’t have abs, I mean I do suppressed between a layer of fat, but it really doesn’t keep me awake at night. I am exposed to these issues through media and things like magazines and TV and can see how it would affect people.

Movies are a big one, there are actors that are paid a lot of money to get into that shape. There’s nothing wrong with that but I think in a lot of instances it can be an unrealistic expectation. Being the face of Johnny Bigg has been great. You know that guys just like you are walking into the store and seeing people who look like them, and they look good!

Fantastic Man Plus Size Male Model. We spent some time trying to ID this male model who posed for a Fantastic Man Magazine plus size edition but still failed to come up with a name behind the sexy body. 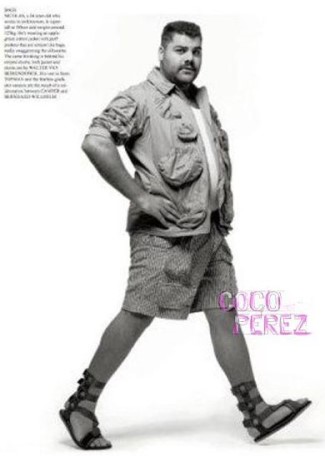 If you happen to know this guy, please ID him in the comment section. Danke!

James Richard Aitken. In 2013, he was signed by the Australian agency BGM as its first male plus-size model. 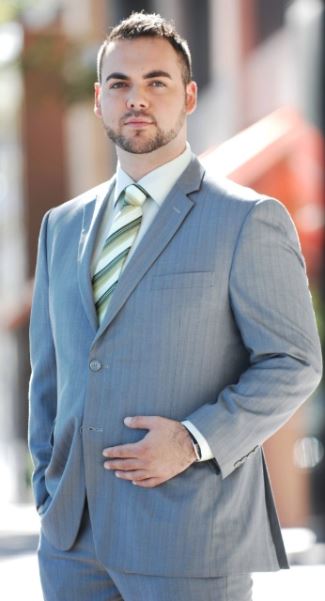 James says of his goal as a plus size male model (via beutifulmagazine.com): 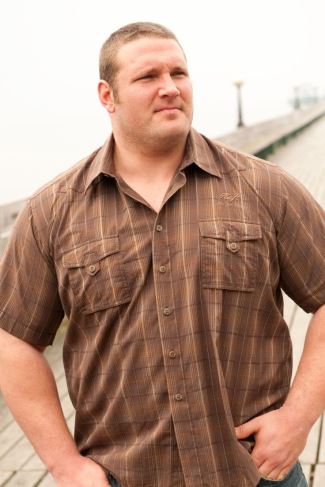 Terry sure is lookin’ good, isn’t he?

Jeremy Howard. For the time being, Jeremy is our last (but not the least), plus size male model. In an interview with chubstr.com, he talks about how clothing companies have failed to address the needs of plus size guys:

When I’m out shopping, I regularly get questions from wives and girlfriends asking me what size I am. They say that whoever they’re shopping for is built just like me. I hear it a lot, but companies aren’t looking for models like me. If they had models that looked like these women’s brothers or husbands or boyfriends, they’d be addressing a real need. 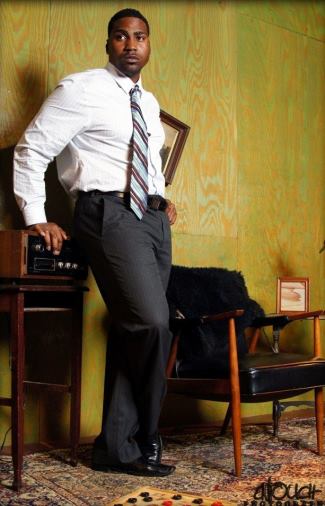 At my largest, I was 335 pounds. I shopped at big and tall shops, but I wasn’t inspired because I didn’t see anyone who looked like me. I’d shop other places, but I could only find what I needed online. I wanted to be able to shop somewhere like American Eagle because the guys wearing that stuff looked cooler – more along the lines of how I wanted to look.

That’s it for now, Famewatchers! Watch our for more posts on plus size male models in the future.