Parkour hunk Pip Andersen has been cast in the upcoming Star Wars Episode VII. We don’t know yet the role he’s going to play in the movie (we’re hoping its meaty) but here’s the announcement from Lucasfilm president Kathleen Kennedy about their new cast members which includes another newcomer, Crystal Clarke:

The Star Wars universe has always been about discovering and nurturing young talent and in casting Episode VII, we wanted to remain absolutely faithful to this tradition. We are delighted that so many traveled to see us at the open casting calls and that we have been able to make Crystal and Pip a part of the film. 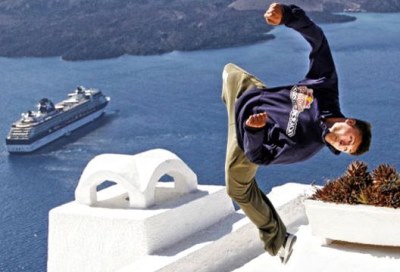 Not a lot of you are familiar with Pip Andersen so we made a list of things you should know about him:

1) He Looks Good Shirtless. Since this blog is all about shirtlessness and underwear preferences, it’s best that we begin with this awesome shirtless photo of Pip Andersen. 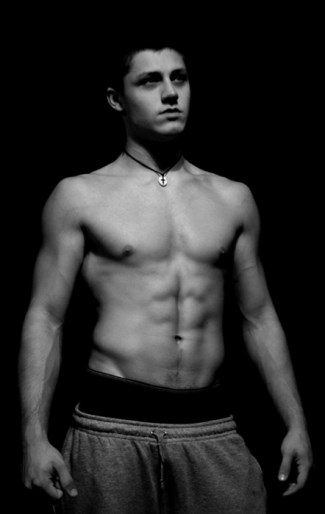 2) He’s Already Married. Sorry girls (and some 10% of guys), Pip is already married to a lucky girl named Becky Butcher. In fact, their wedding made the headlines in the U.K. because Pip did some parkour backflip that sent the press a-buzzin. The Telegraph reports:

The 18-year-old was posing for a photograph alongside his bride, Becky Butcher, when he was overcome with excitement and performed the backwards somersault.

The new Mrs Andersen, also 18, watched open-mouthed as her husband, a professional free runner, let go of her hand and executed the stunt wearing his morning suit in the entrance of St Mary Magdalene Church in Taunton, Somerset.

Mr Andersen said: “It was a fantastic and joyous day in every sense. Becky looked gorgeous and I was over the moon. So when we left the church, I couldn’t hold my excitement in anymore – and did the flip for the cameras.”

The childhood sweethearts were married on July 18, having met at Sunday school aged nine. They were joined for the ceremony by 200 guests before setting off on a romantic break.

Here’s the photo of Pip doing the thing he loves the most during one of the most important days of his life. 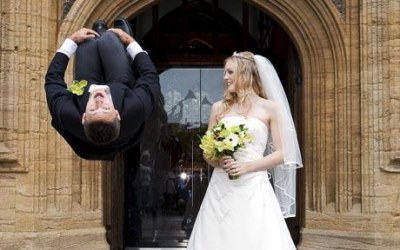 3. Although He is Straight, He is Not Afraid to Be Gay. Why do we say this? Because he posted the following photo in his Bebo account and wrote the following caption: “Me being gay.” 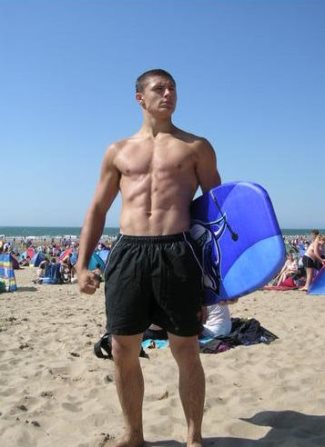 We don’t know what’s gay about the photo but this tells us that Pip is not afraid to be gay which, to us, is the mark of a real straight guy. [Kevin adds: All that muscle flexing does kinda make the pic look gay.]

Despite being one of the most skilled and strongest Parkour athletes in the world, he is known best for his sense of humor and clownish antics.

Ain’t that cute? Who doesn’t love a hunky guy with a sense of humor?

5. He’s Done Some Commercial Modeling. He’s good looking, he’s young, he’s fun, he’s got some awesome Parkour skills so its no surprise that our Pip starred in some TV commercials like this one for Sony/Spiderman/Experia. Watch to appreciate how badass the new Star Wars actor is:

6. He Wants You to Play With Yourself. In the video below titled “Play With Yourself” Pip shows us how to do some Parkour moves. Very cool but we’d rather play with him not only with ourselves. Hehe.

7. He Wears Reebok Shoes While “Parkouring”. Wonder what kind of shoes those parkour guys were when they’re doing all those wall-climbing, rooftop-running, and body-flipping? In the case of Pip in the photo below, he’s wearing a Reebok ATV 19 shoes. 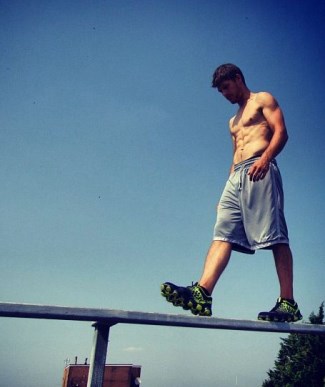 8. Did We Mention That Pip Looks Good Shirtless? Yeah we did but let’s have more shirtless photos of our up-and-coming Hollywood superstar.

Hey Pip, if you need someone to arrange the thingies in your room, just call us. We have OCD so we are bothered by those kinda messy items above your wardrobe. Haha. 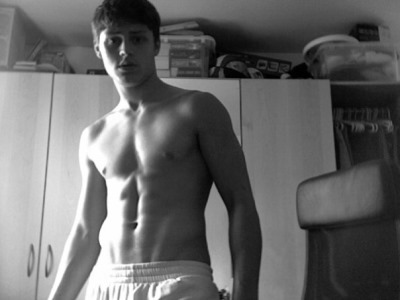 10. Pip Andersen’s Family. If we are not mistaken, this guy is his kid brother Scott. He’s also got a younger sister named Brooke. We will update this should there be a more correct/complete info. 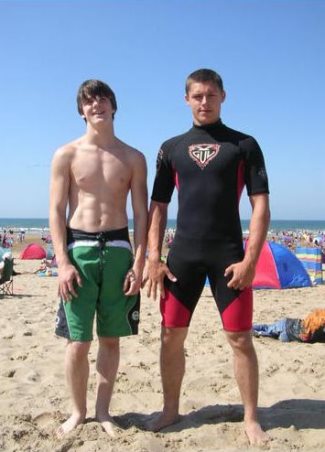 That’s it for now, fellow ActorWatchers.

UPDATE: A younger version of Pip doing the stuff that young guys love to do these days, “selfie-ing”. We see England, we see France, we see Piptrix’s underpants. 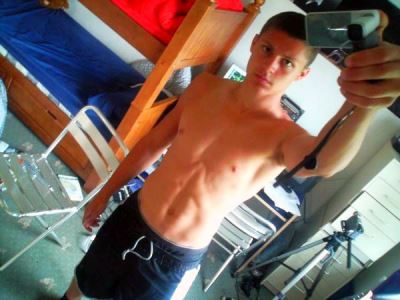