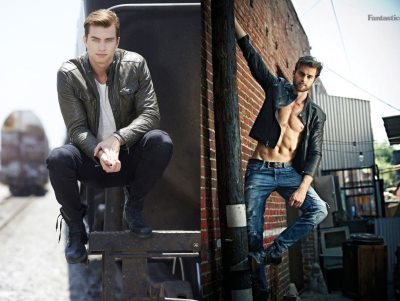 Pierson Fode Gay or Straight, Shirtless Pics, and Girlfriend: Who’s the guy above looking fabulous in his leather and jeans? That fab guy, fellow Famewatcher, is Pierson Fodé, a 25-year-old model-turned-actor who’s currently starring as Thomas Forrester in the CBS soap opera The Bold and the Beautiful.

Is Pierson Fode gay, straight or bisexual? He is straight but he is what our friend Kathy Griffin would call a “straight ally to the gay community”.

This year, Pierson played the role of a gay guy in the comedy drama Naomi and Ely’s No Kiss List. He talks about his experience shooting the movie in this interview with Out Magazine:

Out: You’re in a really cute film, Naomi and Ely’s No Kiss List, in which you play a gay guy. So assuming you’re straight, what’s your favorite thing about playing gay?

Pierson Fodé: I think my favorite thing was actually really getting to understand it in a whole new light, cause I sat down with two friends specifically and I talked to them about their growing up and their coming of age story. And I got to know it from a new perspective instead of just being like, “Oh yeah, my friends are gay.” I got to step into their shoes and really appreciate it for what happens especially to an older generation versus a younger generation and how people are opening new doors everyday for young kids to come out. So that was something that was really, really cool for me.

What advice would you give to other straight young actors playing gay?
Don’t judge any of the choices you’re about to make, because it’s not necessarily who you are, and that’s the goal. Branch out. The further you branch out from your sexuality, the better off you’ll be.

You also channel some Hedwig and the Angry Inch when you’re singing “Wig in a Box.” Have you ever done drag?
I’ve never done drag. Honestly, it’s a deep secret fantasy of mine. I think that would be awesome.

Do you have a favorite drag queen?
I mean, I’ve never watched drag. My old roommate, he watched RuPaul’s show. So I’d have to just go with RuPaul. I mean he’s the icon.

Do you have a gay best friend?
I do. He’s actually more my mentor to be honest. Well they’re both kind of my mentors in certain ways. But I kinda have two that are just like my guys that I go to like hang out with and have bro time with and talk about life with. They’re actually the two guys that I interviewed for the character of Ely, just because I love them and respect them so much and their views on life.

Who would you say is one of your favorite gay actors, dead or alive?
Well Cary Grant is my hero all time but was he gay?

Not that I know of.
Not that we know of. Isn’t that like the word on the street that everybody was gay at some point? I don’t know. I’m always confused of who was or who wasn’t. Well if Cary Grant’s not gay, I’m gonna have to go with my current favorite actor who’s gay, Neil Patrick Harris. Oh, you have to add Ian McKellen to that! You gotta have a good range.

You know what? I’ll accept it. There’s too much murder going on in the world today that maybe s*x is the answer.
Let’s have a three-way. Why not?

After the interview above, Pierson went on to try how it is to dress as a drag queen. Hehe. He looks good, doesn’t he? 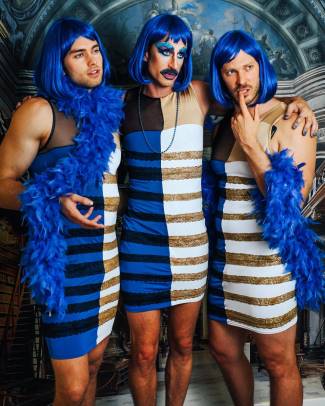 Pierson Fodé Shirtless Photos. Here are some of Pierson’s shirtless modeling photos for those of you who are lookin’. 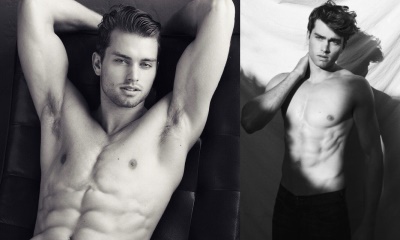 Pierson as an Abercrombie model. 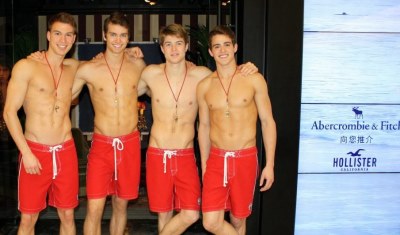 Pierson as a surfer boy and as a shirtless country cutie. 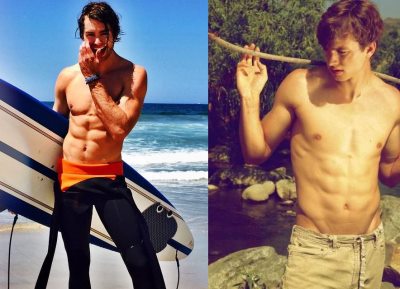 Pierson Fode Girlfriend. He was in a relationship with his No Kiss List co-star Victoria Justice but the two just recently broke up this November. Sad, huh? Well, we’re pretty sure either of them will find a  significant other in the future. 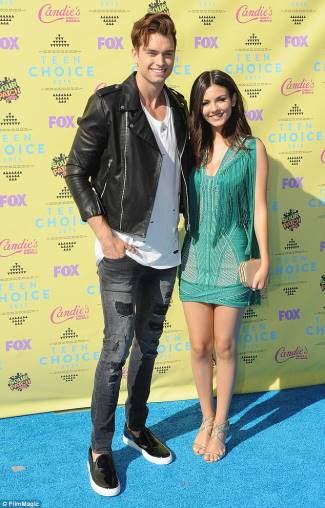 Let’s end this post with this image of Pierson as an angel we’d like to eff. Hehehe. 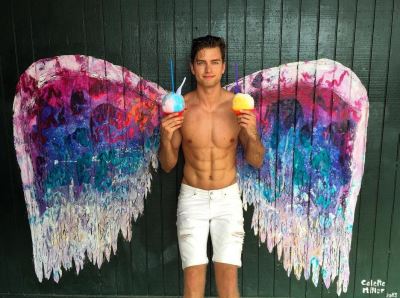