Pierre Gasly Shirtless, Wins, Girlfriend: Hot F1 Drivers. Time for another Hot F1 Driver and, for this post, we are bringing you 25-year-old French racer Pierre Gasly who won the Italian Grand Prix last year for his first ever F1 victory.

Here’s what he said following his win: “This is amazing! I’m lost for words! It’s unbelievable! I’ve been through so many things in the past 18 months and it’s better than anything I expected. I focused hard when I re-joined Scuderia AlphaTauri. Day by day, race by race, we improved ourselves and got stronger and stronger – this team gave me my first podium in F1 last year in Brazil and today, these guys gave me my first win in Formula 1, in Italy, in Monza, with an Italian team. I’m not someone who gives up on anything, I always fought for everything in my life until I made it to F1.”

Pierre Gasly Shirtless Beach Body. We know lots of Famewatchers are less about sport statistics and more about ogling at famous men so here are some shirtless photos of the French F1 driver. We grabbed these pics from his Instagram page which you might want to follow @pierregasly. 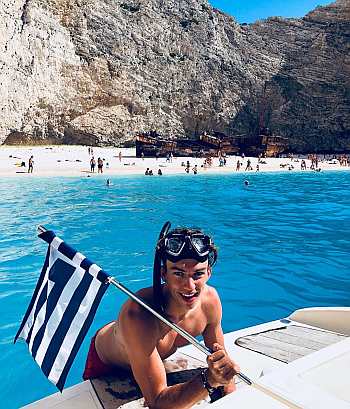 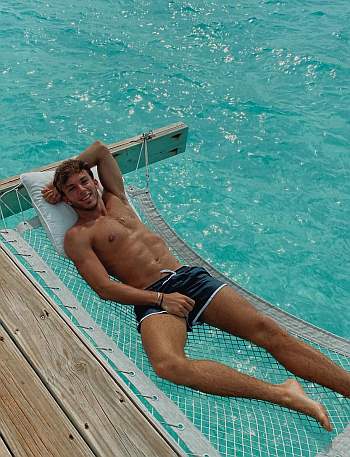 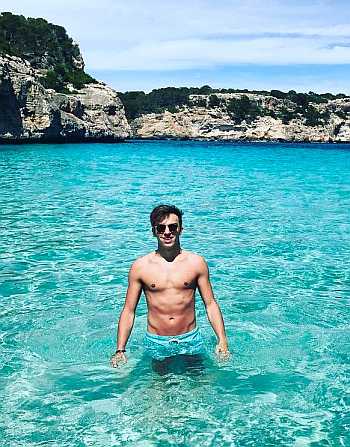 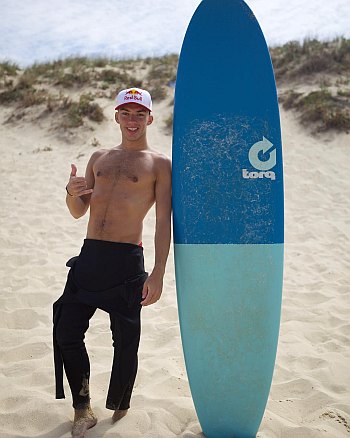 Pierre Gasly Girlfriend. Pierre is is in a relationship with Caterina Masetti Zannini who, according to the Scottish Sun, boasts of a degree in aerospace engineering. Whoa? Color us impressed. Like Drag Race pit crew Bryce Eilenberg, you gotta have brains and the dedication to study something as complicated as aerospace engineering.

Anyhoo, here are photos of Pierre and his girlfriend: 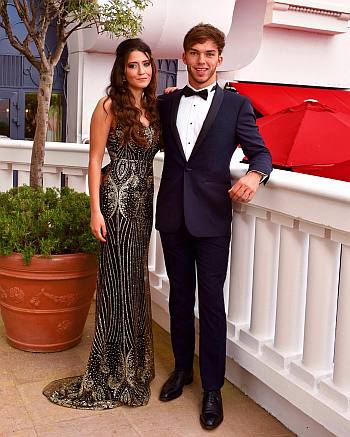 Pierre Gasly the Male Model. Some modeling photos of our hot F1 driver. 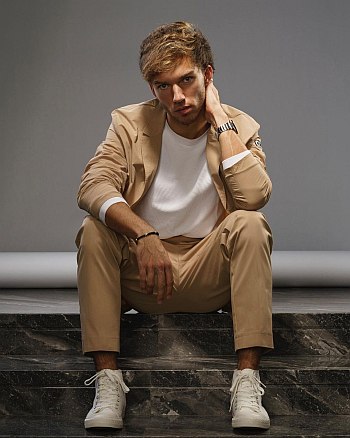 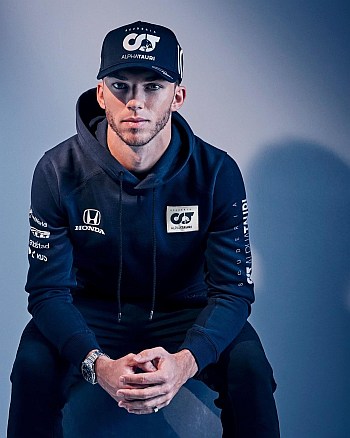 He looks cool in his racing suit doesn’t he? 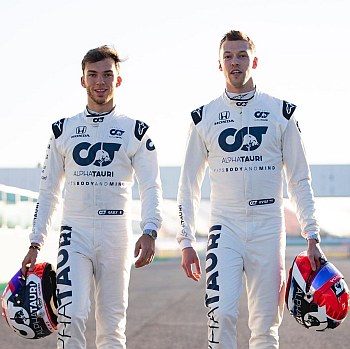 Pierre pays tribute to his best friend Antoine Hubert who perished at the tender age of 22 following an accident during the 2019 Spa-Francorchamps Formula 2 round at the Circuit de Spa-Francorchamps. 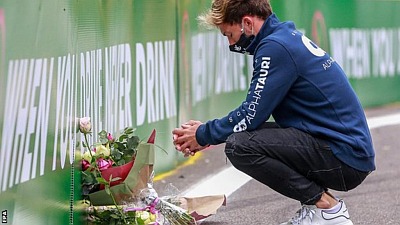