Philipp Plein Underwear For Men: Spring Summer Collection. Are you tired of wearing established underwear brands like your Calvin Kleins, Emporio Armani, or Aussiebums? Then you might want to check out these underwear from the Philipp Plein Spring/Summer 2014 Menswear Collection as seen at the Milan runway last June 2013. 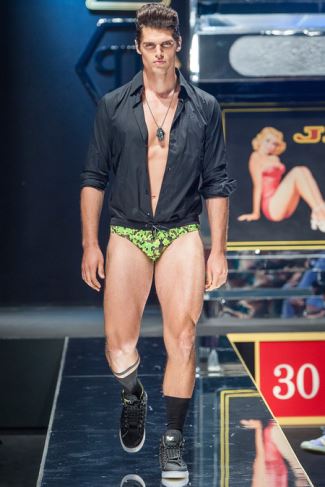 Which briefs-cut underwear do you like? The camo print above or the classic black below?

Now, you may not be familiar with Philipp Plein so here’s some background info from modemonline.com:

Philipp Plein was born in Munich in 1978 and educated in Switzerland and Germany. His strong interest in art, architecture and foreign cultures was shaped early in life through the extensive travels of his family, providing exposure as a child to the world’s most important museums and cultural exhibits.

In 1998 he entered the world of design by producing exclusive furnishings in steel and leather initially for family and friends, which soon became a full time professional activity, demanding enough for Plein to abandon his law studies. His involvement in leather craftsmanship led him to experiment with leather garments and accessories, and finally to launch his own fashion brand in 2004. The company continued to grow and two major milestones were reached in 2008 with the opening of the first flagship store in Monte Carlo and the first commercial showroom in Milan. As the young, affluent consumer continued to discover this fresh unconventional brand, Philipp Plein concentrated on creating a world class production network, thereby guaranteeing the unsurpassed level of luxury demanded by his discerning clientele. 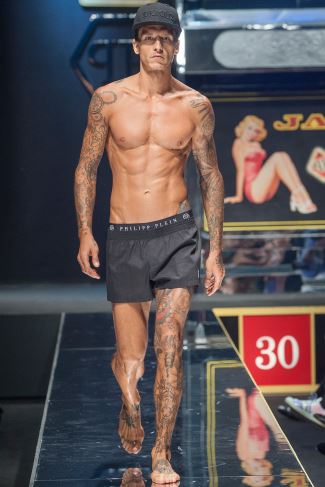 Lindsay was often seen with Philipp during her stint as image model for the brand giving rise to rumors that they are dating. Here’s a Fox News report about the fashion designer and his model from back in 2011:

According to a well-placed source, the troubled star is now “hooking up” with famed German designer Philipp Plein, who brought her to Italy just last Friday to front his 2012 line.

“Lindsay has been staying in Philipp’s room every night since she arrived,” an insider told FOX411’s Pop Tarts column. “There’s a lot of chemistry there.”

A rep for Plein did not respond to a request for comment, and a rep for Lohan denied the two were dating. Nathan Folks, producer and co-founder with Cassandra Gava in Twisted Sister/Twisted Games Entertainment, the company which facilitated the fashion deal, also said he was “unaware” of any association between the pair beyond work.

That Philipp reportedly dated Lindsay should answer the “is he gay” question that is usually asked about fashion designers, no? 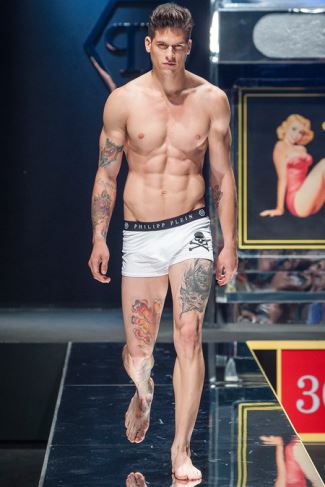 Recently, the German designer made the headlines when he cast only black female models during his recent Spring/Summer 2014 in Milan.

He explains the reason for such a revolutionary casting decision (via Fashionista):

Of his decision to use black models, Plein told us it was all in line with the overarching message of his brand.

“My message is about breaking down barriers and breaking the rules,” Plein explained over email after the show. “Doing the unexpected and shaking people from their complacence, forcing people to face the future where old prejudices have no place. For example, the public expects to see pallid girls in high heels walking my show and I give them a fleet of black beauties in flats! Not to mention the opening act featuring one of the hottest rappers on the horizon, Iggy Azalea, who also happens to be white in a black dominated hip hop world.” 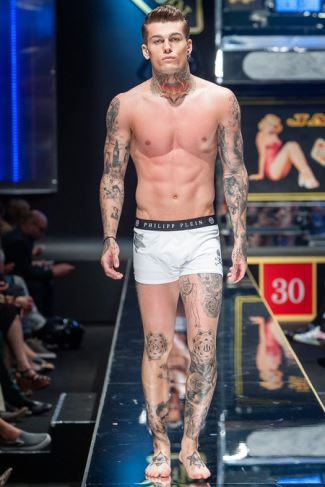 It goes without saying that we are liking these Philipp Plein underwear for men too. We must buy some for our beau. 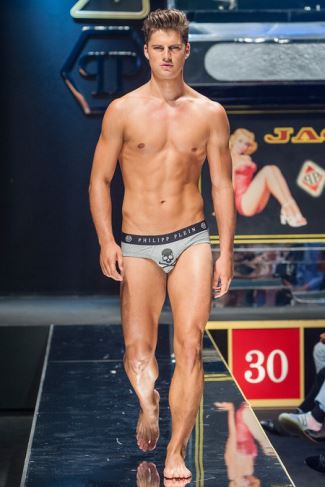