Philip Olivier Calendar Photos: British Beefcake Calls It a Day. You liked our post on Philip Olivier and his underwear, eh? Here’s more photos of this British hottie from his 2009 Calendar photoshoot. All those weight-work outs has given him those delicious muscles, no? 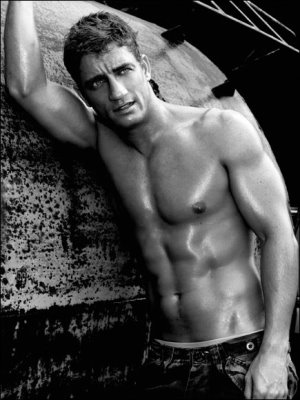 Hey Philip, are you trying to get us wet? Go ahead and drench us then! 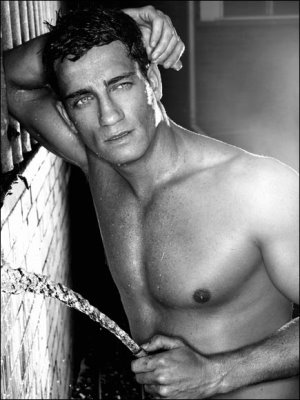 Philip Olivier as a hot working man. We like!!! 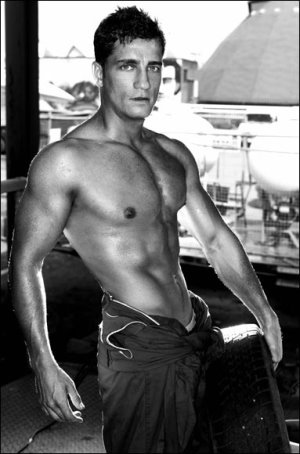 Does this photo remind you of the late Paul Newman, one of the biggest stars of Hollywood ever?

Sadly, Philip recently announced that he will no longer come up with his delightful annual beefcake calendar. Here’s what he said about the matter (via The Sun):

“The calendars have been great fun to do and have been very popular every year. But next year’s will be the last. I’m going to retire before I turn 30.

“I’m finding it harder and harder to keep in such tip-top condition, especially since I’ll be touring for the next eight months in Never Forget.I need to work out for hours on end and eat all the right things. To be honest, it would be nice to pig out and eat what I want for a change.”

We think we’re not the only ones who are hoping that he reconsider his decision and that he’ll continue to tease us with his calendar.