Philemon Chambers Shirtless, Gay, Girlfriend, Single All The Way. Like our friend Kevin, we are excited for the upcoming Netflix movie Single All The Way about a guy who gets his male best friend to go home with him for the holidays and pretend that they are in a relationship.

If you’re like, ‘Why the hell, would he do that?” It’s because this is a gay romantic comedy and if straight people in romcoms can pretend that their friends are their boyfriend/girlfriend to get their parents off their back then LGBT people can do it too.

Anyhoo, as we mentioned in an earlier post, Michael Urie will be playing the main character while his best friend or pretend boyfriend will be played by Philemon Chambers.

More about the actor’s role from popsugar.com: “Chambers will be playing Nick, Peter’s best friend who agrees to pretend to be his boyfriend for the holidays in order to get Peter’s family off his back about his lack of a dating life.” 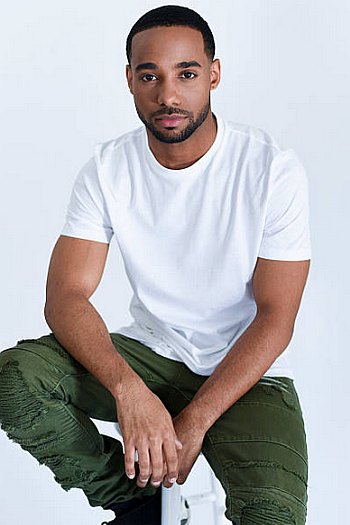 Unlike Michael Urie, Philemon appears to be fairly new in the acting biz as this would only be his second acting project. His first one is the 2020 LGBT drama short film Of Hearts and Castles about an emotionally struggling man who, after a breakup, meets another man for one night.

Here are screencaps from the film showing the actor with co-star Luis Carazo: 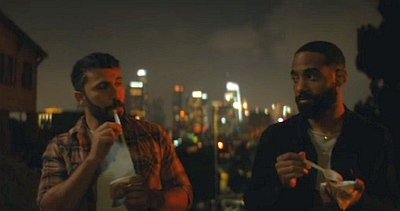 And here’s a screencap of the Deadline article announcing Single All the Way which also stars Luke MacFarlane: 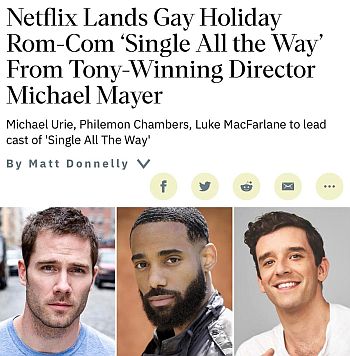 Philemon Chambers Shirtless Photos. Some shirtless pics of the actor for the thirsty hos among us. We grabbed this from his Instagram page which you might want to follow @philemonchambers. 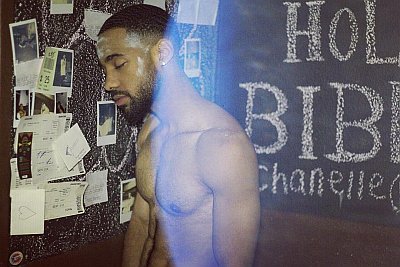 From the shirt film Of Hearts and Castles: 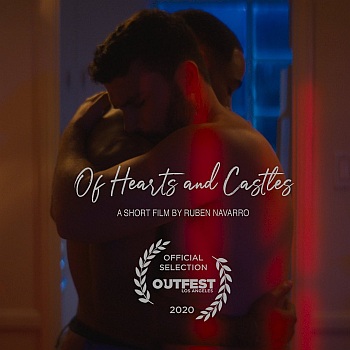 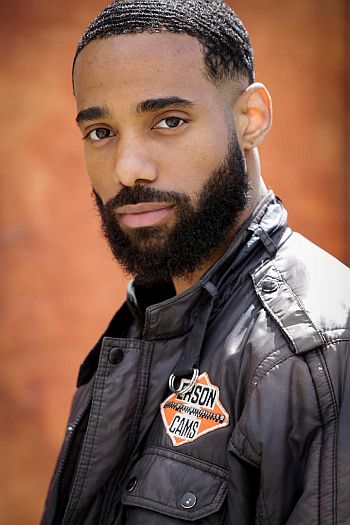 Philemon Chambers Gay or Straight? Girlfriend or Boyfriend? We have no answers to these Qs at this point but we will update the post once we do have the information. 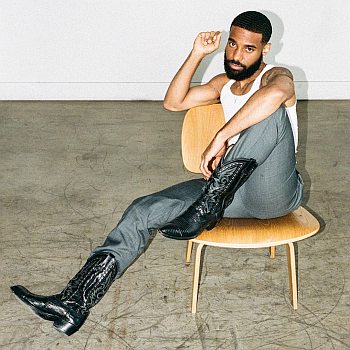 Update: Oops, it turns out that Philemon has been acting longer. We initially thought he began acting only last year but he’s been in the biz first as a set decorator in 2004 and as an actor in 2006. Why the confusion? Apparently, he was using Jonathan Chambers before he settled on Philemon. It’s likely he made the change because there are other actors who go by the exact same name.