Peter Van der Veen Gay or Girlfriend and Other Stuff. Another day and there’s another hot bodyguard that internetizens are drooling over. His name is Peter Van Der Veen. He is Dutch. He is Adele’s bodyguard and used to be Lady Gaga’s bodyguard. He used to be a bodybuilder and has, in fact, has a bodybuilding title to his name aka Mr. Europe 2005. And, he is the latest addition to our Bald Men are Hot category.

Here’s what the internets is saying about our bald hottie:

The Dutchman’s chiseled jaw, shaved head, striking blue-eyes and macho profile has literally sent sections of the internet into a tizzy.

Hello Magazine: Adele broke the internet with the release of her hit single Hello in November and now her new bodyguard Peter Van Der Veen is sending twitter into a frenzy with his handsome good looks.

People Magazine: Whether this is your first time laying eyes upon on Van der Veen or a welcomed reunion, expect to see him a lot more, for the Internet has knighted him as their new hot dude idol.

So who exactly is this guy who’s sending every girl (and gay guy) quivering with desire or pure lust? Well, check him out yourself. Surely you’d tingle down there too if you see him with his puppy (or maybe its Adele’s): 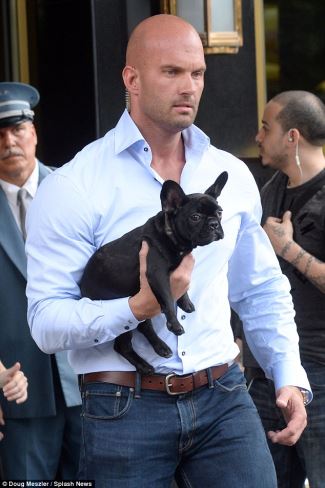 If that ain’t the stuff that will make you quiver, we don’t know what will. We wonder what Adele or Lady Gaga say about this photo. George Takei would say, “Oh, myyyyyy!” 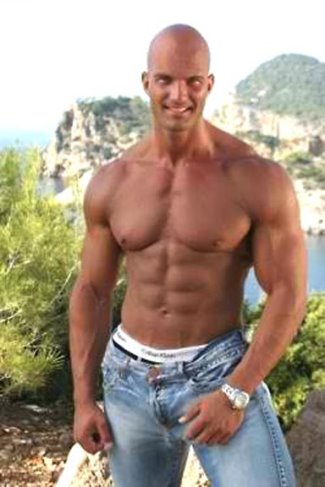 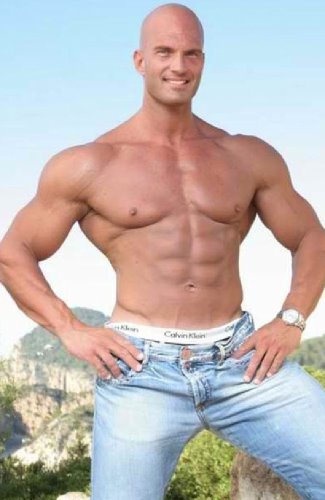 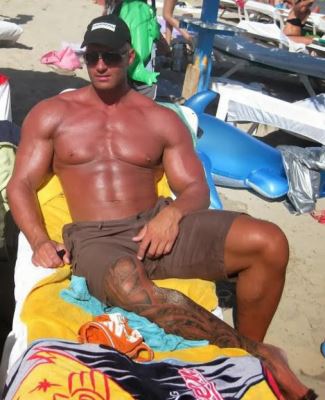 Peter Van Der Veen Gay or Girlfriend? You know you are famous when idiots and busybodies like us here at Famewatcher start wondering whether you are gay or whether you have a girlfriend. In this instance, we don’t know the answer.