Peter Krause Underwear and Shirtless Photos. Are we the only ones who sometimes confuse Parenthood star Peter Krause with Raising Hope star Garret Dillahunt? Seriously, when we first saw the pic above we were like, “Hey look! It’s the incompetent father/grandfather on Raising Hope!” But then it turns out that he is a totally different actor. Maybe its time we buy ourselves a pair of glasses, huh? All this staring at the computer monitor is taking a toll on our vision. Who says blogging cannot be hazardous to your health? 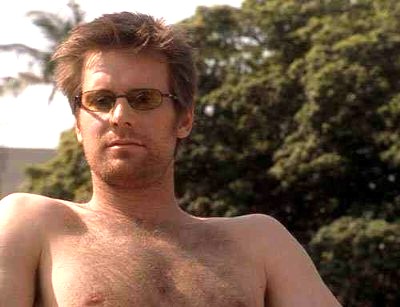 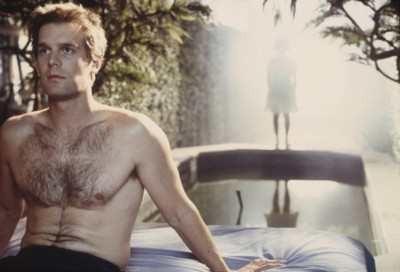 Admittedly, these photos are a little dated but they’re better than nothing. Right? Now this is the kind of hairy chest we wouldn’t mind on our man. Are you listening Nev Schulman?

Want some Peter Krause underwear photos? Here you go! Apparently, he is a boxer shorts kind of guy. 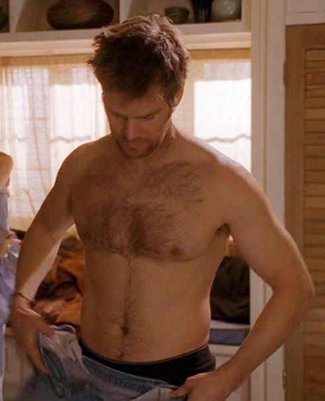 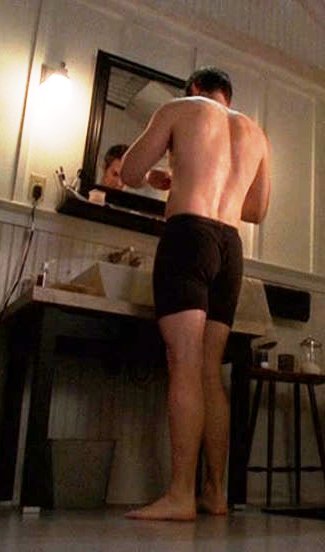 And here’s an underwear pic of our Peter with Sports Night co-star Josh Charles. 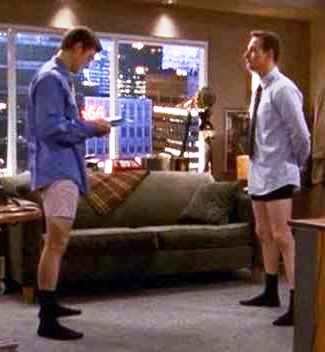 Lest you accuse us of not publishing shirtless pics of our hunk daddy during his “daddy stage”, well here are recent photos of the sexy actor which were taken last January this year during the filming of the season finale of Parenthood. 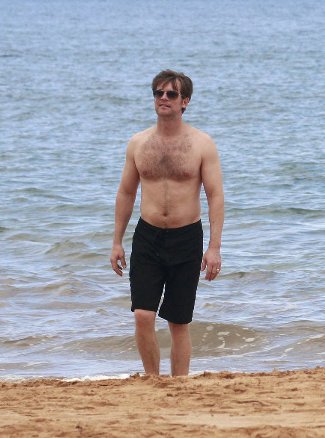 Looks like he needs more time under the sun. 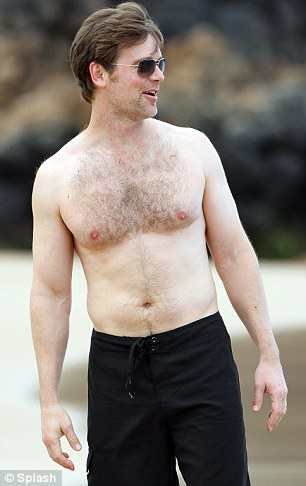 With co-star Monica Potter, who plays his wife on Parenthood. 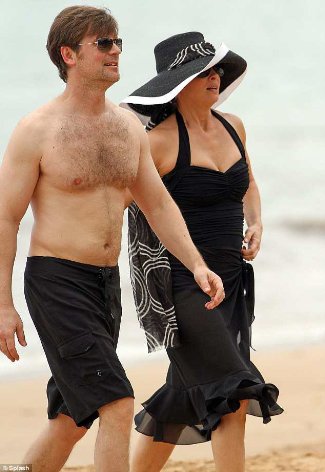 In real life, Peter is in a relationship with actress Lauren Graham who also stars on Parenthood which, you would be thrilled to know, is coming back for a fifth season. 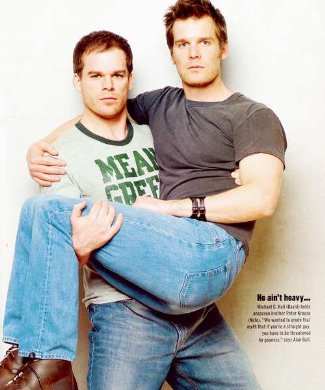 Nope, this is not Lauren Graham. Hehe. That’s Michael C. Hall, his gay brother in the critically acclaimed HBO series Six Feet Under. Who says gay men ain’t butch enough to lift a guy? Not these two, obviously.

Do you agree or disagree with such an assessment? [Deena sez: Huh? Is gayness/straightness now up to the public to assess and vote upon? What kind of world are we turning into? Yaiiikkks!!!]