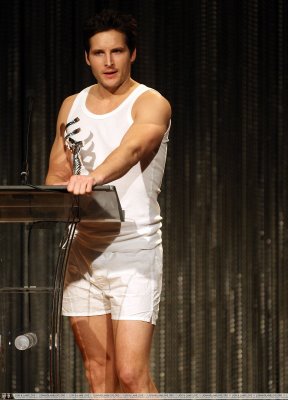 Isn’t he awesome? We don’t know what his trophy is for but we think he deserves another award for literally dressing down for an awards ceremony.

You know what award organizers should do to bring back viewers? They should require their nominees to follow Peter’s example and be dressed only in their undies when they go accept their awards. Are you listening Oscar Award peeps? 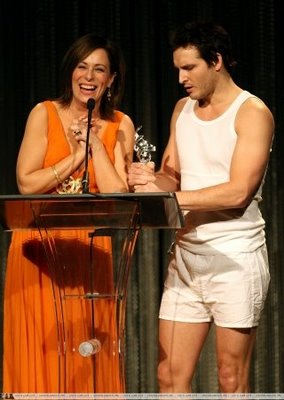 …..
Update: The Obligatory “Is He Gay” Question. Is Twilight dad Peter Facinelli (aka Dr. Carlisle Cullen) gay? Here are some totally unquestionable “proof” that he totally, totally is into some man-to-man loving. Hehehe. 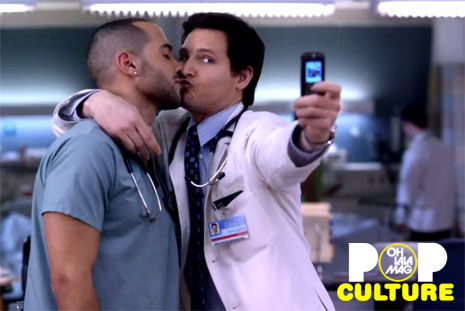 Peter kisses Haaz Sleiman on the set of Nurse Jackie. Nice. Or maybe these two are not really “lip embracing”? Maybe Peter is just getting a facial exfoliation courtesy of Haaz?

Oh, by the by, have you heard about the spicy rumor that Peter and his Twilight co-star Kellan Lutz are, like, friends with benefits? Duh! That is not just a rumor! Sorry girls, the two confirmed their relationship with this totally public display of affection. Oh wow. They’re holding hands. Holding hands!!! They must also be bumping uglies. Hehehe. 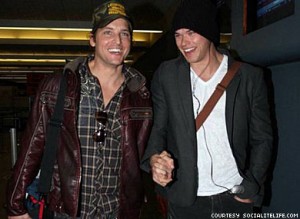 …..
Update: Peter Facinelli Leather Jacket . This is for those of you who are fans of celebrities in leather. Peter is looking cute and totally shaggable in his leather jacket, isn’t he? He looks younger too. But, then again, maybe these pics were taken years ago. 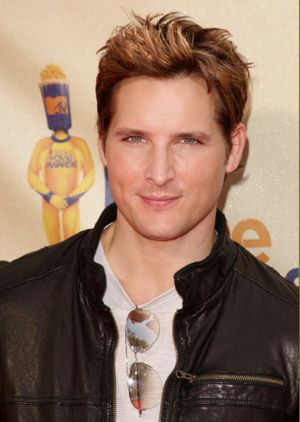 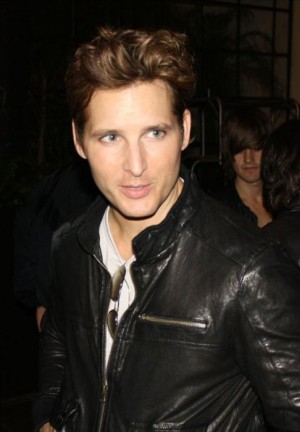 Did we say that this Italian dude is a cutie? Oh, yes we already did but it doesn’t hurt to say it again. Anyhoo, for more celebrity leather jackets, check out Justin Bieber’s leather coat, Inception leather jackets for Leonardo di Caprio and Gordon Levitt, and Jackson Rathbone’s leather fashion.