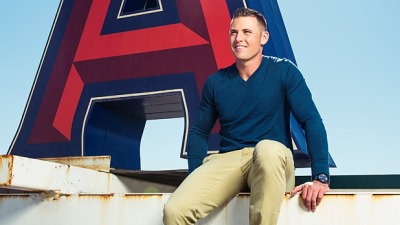 Peter Bourjos Wife, Baseball Card, and Fashion Shoot. Who’s the really cute guy rocking his V-neck sweater in the photo above? His name, fellow Famewatcher, is Peter Bourjous but you can also call him Gorgeous Bourjous.

He is a professional baseball player who comes from a baseball family (his dad, Chris Bourjos, had a short stint as a pro-baller). He is currently playing for the St. Louis Cardinals (position: center fielder). But the photo above was taken when our Gorgeous Bourjos was still playing for the Los Angeles Angels of Anaheim which traded him to the Cardinals last 2013.

For those who are wondering, Peter is wearing a cotton cashmere sweater by Inhabit, a pair of canvas chinos by Gant Rugger, and a BFD 102 watch by Nautica. We grabbed the pic from Men’s Journal which had this to say about Peter’s baseballing abilities:

Mention Bourjos’s nickname – “Gorgeous Bourjos” – and he blushes with embarrassment. “I had a friend in third grade call me that, and I told him to stop. I hadn’t heard it again until I got called up,” he says. “Apparently, it’s popular with the young girls and the old ladies.” Now entering his third full season in the big leagues, Bourjos is emerging as an everyday player in an outfield crowded with marquee names (Hamilton, Trout, Vernon Wells). What keeps him in the lineup is his blazing speed. “He’s probably the smoothest-running outfielder in the major leagues,” says Wilson. “He has a natural gait that is amazing.”

Here’s another look at Peter from a different angle. [Photo credit: mensjournal.com] 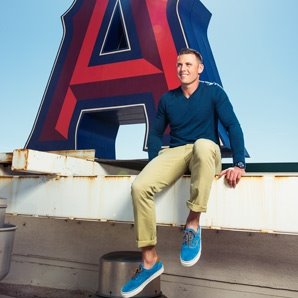 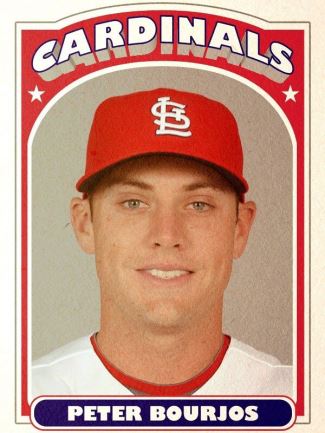 Looking pretty (and pious) in his baseball uniform. 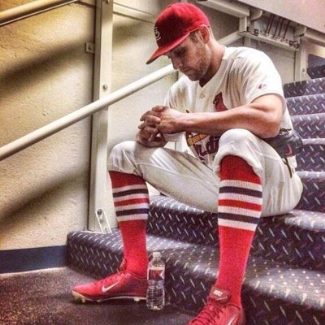 Is Peter Bourjos Gay or Straight? Sorry Kevin but Peter is straight. Now don’t get your hopes up Deena because Peter is already taken. In fact, he’s very much taken because he recently tied the knot with now-wife Ashley Bourjos (formerly Ashley Miller). 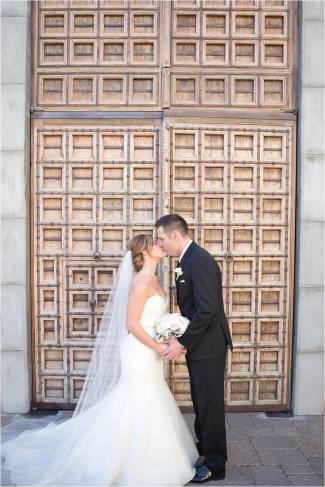 Oh, Ashley and Peter welcomed a baby boy named Maxton Bourjos. Congratulations to the Bourjoses and may they have more little ones to come in the future.