Penn Badgley Style Watch. We’ve seen Penn Badgley’s underwear [he wears boxers], now we might as well check out the rest of the clothes he wears, shall we? Let’s begin with the above fabulous leather jacket he wore for his photoshoot with GQ Magazine two years ago. In case you are wondering, his leather jacket is by Rag and Bone. 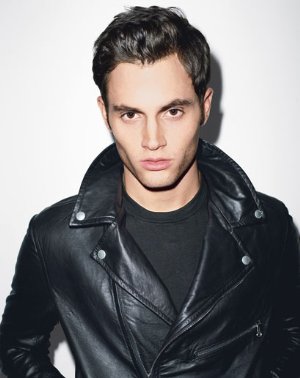 Other Penn Badgley leather jacket below. 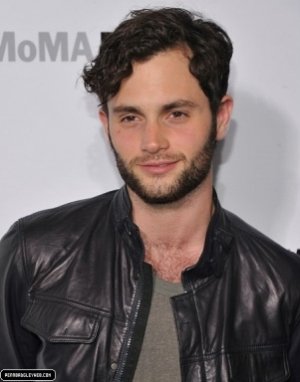 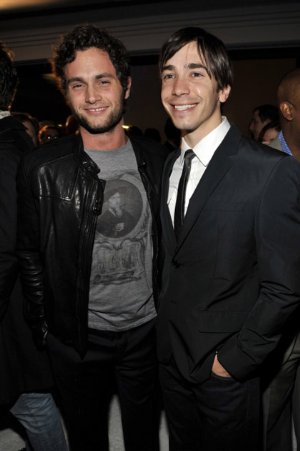 Penn and fellow actor Justin Long. Who’d you rather do? The bearded Penn or the smooth faced Justin? Ordinarily, we’d chose Penn but them facial hair is turning us off so we’d rather do Justin.

Penn Badgley Style Watch: Jeans and Trousers. Time to check out Penn’s denim outfits. The jeans he’s wearing in the next photo below, as well as his cardigan, his shoes, and his shirt and tie are all by Polo Ralph Lauren. 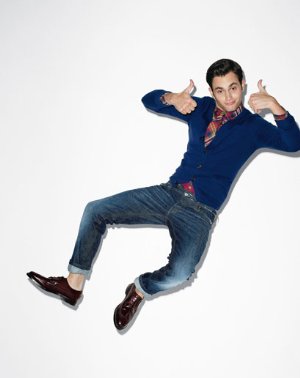 Next, here’s our handsome boy wearing a pair of slightly faded pair of jeans by Dior Homme. The navy blazer is by Calvin Klein while his loafers are made by Gucci. 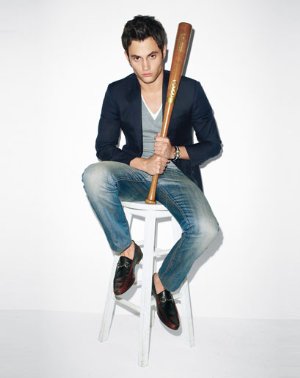 The next picture reminds us of Charlie Chaplin silent movies. Hehe. Our Penn’s outfits in this photo is all about the Band of Outsiders. His golf jacket, his shirt, and his pants are all from the Los Angeles-based label which started only in 2004 but has made inroads in the fashion industry. 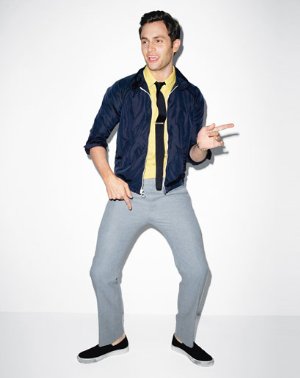 This is probably our favorite picture of Penn. What’s not to like? He’s holding two round tennis balls in front of his crotch! By the way, did you know that his dad actually named him after those tennis balls he is holding (we’d like to say caressing, hehe).

Here’s what his IMDB info say about the origin of his name: “Upon being asked how his name originated, he says his father was bouncing a Pilot Pen tennis ball in frustration while trying to think of baby names. When his mother got her ultrasound, he referred to the baby looking like the size of the tennis ball. And thus, they named him Penn.”

Cool story, huh? Anyhoo, Penn’s tennis sweater is by Lacoste while his jeans is from Guess by Marciano. 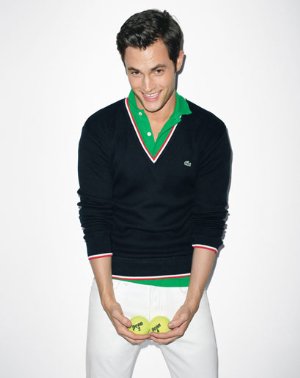 Another interesting photo where Penn explodes something from his crotch area. Hehehe. Oh, we’re talking about what he’s wearing aren’t we? Well, he’s polo shirt as well as his trousers are by Michael Kors. That polo shirt is probably our favorite Michael Kors design. 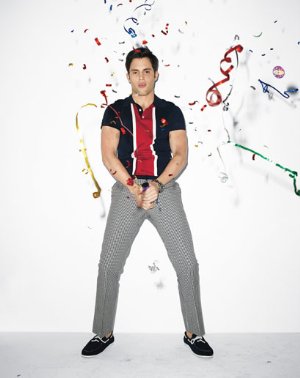 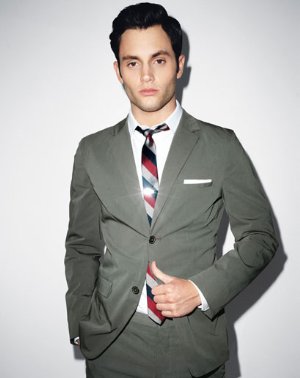 Penn Badgley Wristwatch. The actor who, as you may already know, plays Dan Humphrey on CW’s popular television show, Gossip Girl, is wearing a Nooka Zub Zoo 38 wristwatch in this picture with onscreen partner Olivia Burke played by Hilary Duff. 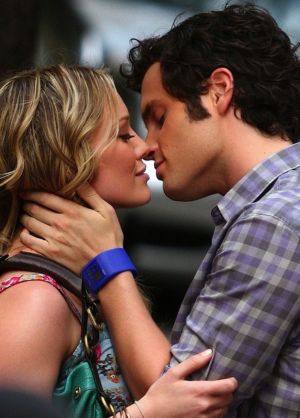 What do you think of this watch? Our friend Deena says its too loud for a dude but we actually think its cool. Just don’t wear it when you go meet the Queen of England. Hehe. 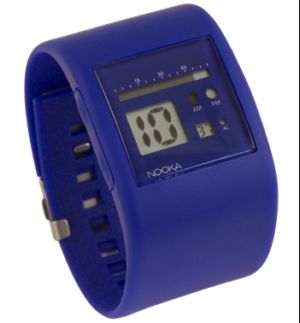 What should you wear then in case you’re granted an audience with The Queen? Well, check out these other men’s watches? 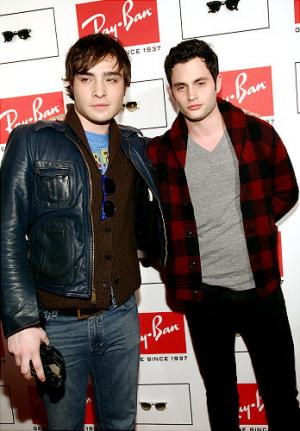 Which of these two Gossip Girl actors look better in their outfit? Ed Westwick in his leather jacket and blue jeans combo or Penn Badgley in his plaid jacket and black skinny jeans?

Sorry Ed, but we gotta go with Penn on this one. He kept it simpler with that V-Neck shirt which complements the rest of his outfit whereas Ed looks “overclothed” with clashing colors. Anyone agree?