Paul Newman Rolex Daytona Watch. The late actor Paul Newman is probably the Hollywood celebrity who’s most often associated with Rolex watches. He never was an official ambassador for the Swiss luxury watch company but collectors and enthusiasts identified him with the Rolex Daytona. How did this come about? 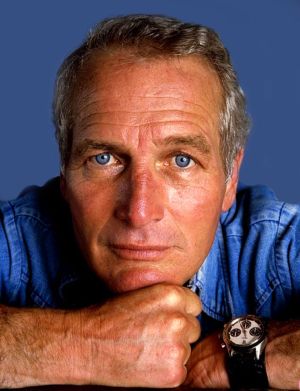 Read the excerpt below from a very interesting 2003 article by John Brozek. After reading the excerpt, you might want to check out our list of Rolex Daytona Celebrity Fans. [Want more famous men’s watches?] 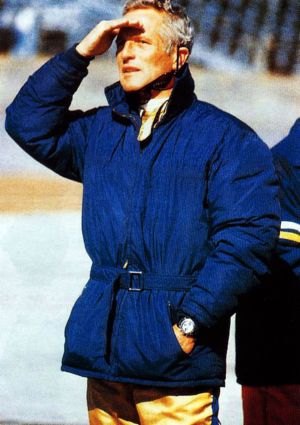 Let’s take a closer look at the Paul Newman Rolex Daytona, shall we? 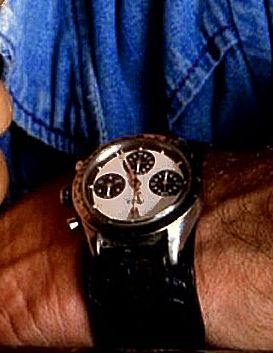 Now, let’s go on to John Brozek’s story on Paul Newman and his Daytona.

AN EXCERPT: How Newman’s name became attached to these models has been a topic of discussion in the Rolex community for some time; however, there has yet to be any substantial evidence to back up the numerous theories. One such theory was that Mr. Newman wore one of the watches (featuring the exotic dial) in the 1969 Indy car racing film Winning, in which he co-starred with Robert Wagner, and Joanne Woodward, his wife. It was further suggested that it was his appearance on one of the movie posters that caused the Italian public to become enamored with the Daytona, thus sparking a love affair that has lasted more than thirty years. You might liken this to the overwhelming popularity of the leather bomber jacket after Tom Cruise wore one in the 1986 film Top Gun. 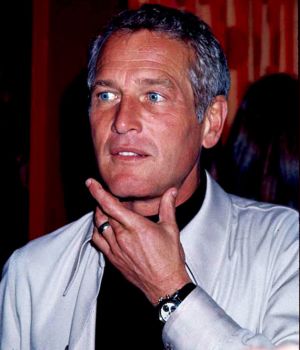 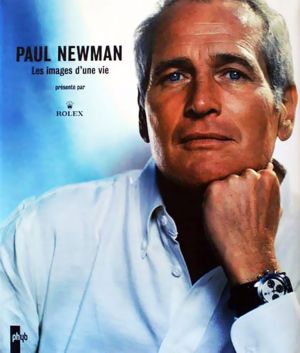 Another theory suggests that the actor was subsequently featured on the cover of a highly popular Italian magazine (again wearing the exotic dialed Daytona), which launched the watch’s popularity.

First, let me say that I have viewed Winning on numerous occasions, and while he does wear a stainless steel chronograph in nearly every scene, the watch is never shown clear enough to positively identify the brand or model. Furthermore, the face appears to be silver and the trademark contrasting registers are not identifiable.

After inspecting a number of the promotional movie posters and lobby cards for the film, they too fail to positively identify the watch as a Daytona. Thus, it is unlikely that the general public would confuse it with a Daytona. 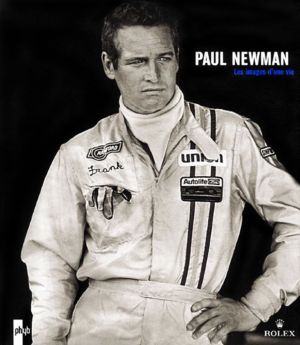 When I asked Mr. Newman about these theories, he stated that he was unaware of how his name became attached to the watch, and he didn’t recall even wearing a Daytona in Winning. Furthermore, he stated that his first Daytona, and the one he currently wears, was given to him by his wife in 1972, the same year he started his professional racing career. It is worth mentioning that the aforementioned watch is not a Paul Newman (exotic dial) model at all, but rather appears to be a Daytona (model 6263), with black dial and white registers.

During the 1980s and ’90s, Newman was pictured on occasion wearing a true Paul Newman Daytona (model 6239, exotic cream dial, with black registers), featuring a black military-style leather strap. However, this is obviously after the popularity of the Paul Newman Daytona had already been established.

As for the theory regarding his appearance on the cover of a popular Italian magazine, Newman said that it is possible, and it does seem to be the most logical explanation. However, I am still not convinced that the appearance actually featured the exotic dial, but instead I suspect that it was the aforementioned watch that Ms. Woodward gave him in 1972. What’s more, it is likely that the magazine would have been from around 1972-73, again coinciding with the start of Newman’s professional racing career.

So, we’re back to square one: How was Paul Newman’s name attached to these specific exotic-dialed watches? It is possible that rumors were spread about him wearing one of these models, perhaps in order to boost the sales of said watch. It wouldn’t be the first time that a celebrity was falsely attached to a product for monetary gain. Or, maybe it was just an honest mistake—stranger things have happened. Either way, I don’t suspect we will ever know for certain.