Paul Jolley Gay, Boyfriend, Hunky Shirtless Photos: American Idol 12. Didn’t we tell you that we will be bringing you these year’s American Idol Hunks? Well, meet Hunk #2 for the 12th season of the talent search (the first hunk is the comebacking John Keyser).

His name is Paul Jolley and according to internet spoilers, he made it to the Top 40 of the singing competition. We don’t know if he made it further to the live rounds but let’s keep our fingers crossed that he does. 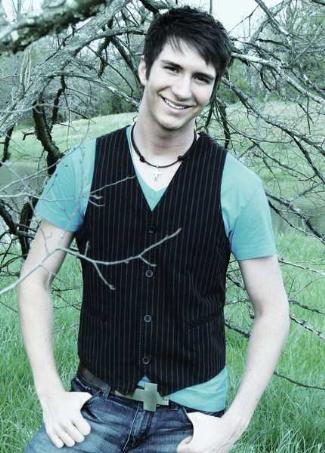 Unlike Johnny Keyser who’s gone shirtless to show us his sculpted abs — see Johnny Keyser Shirtless Photos — we still have to come across some Paul Jolley shirtless pics which is a shame because we think he’ll give Johnny boy a run for his shirtless modeling money. 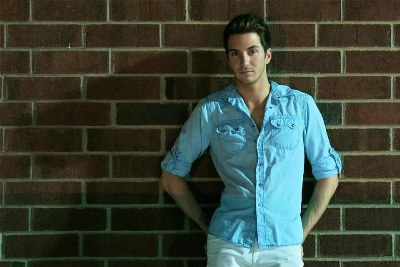 Paul Jolley Gay or Girlfriend? Does Paul have a girlfriend? Or maybe he’s more like Adam Lambert who loves him his fellow man? Does he wear sexy boxers or skimpy briefs underwear? We don’t know the answers to these questions but we will update the post when we have the answers.

What we do know at this point is that our Paul Jolley (should be call him PJ?) is more of a country singer kind of guy who usually go far in this competition. If he plays the guitar, he can very well be the next WGWG (White Guy With Guitar) who have been reigning supreme on American Idol these past few years.

Oh, he’s got talent too. From The Amplifier:

After an afternoon of Superstar performances, Paul Jolley from Palmersville, TN became the true SuperStar of Season 3, 2011 Beech Bend SuperStar Contest. The judges of Season 3 came to a unanimous decision that he had the stage presence, vocal ability and SuperStar qualities that it took to go all the way to the top of the winner’s bracket. Paul sang a Clay Walker song, “I Can’t Sleep” which left the judges speechless. As one judge very simply said, “What can I say? Even Clay Walker wishes he could sing that song as well as you just did!”

Can PJ (we said we are gonna call him PJ, right) duplicate his Beech Bend Superstar win on American Idol? Well, that’s something we will eventually find out these coming months.

Update: Here’s the Paul Jolley shirtless photos we all have been looking for. 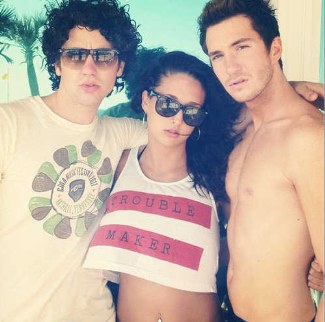 Is the girl his girlfriend? Or maybe the curly-haired guy is his boyfriend? 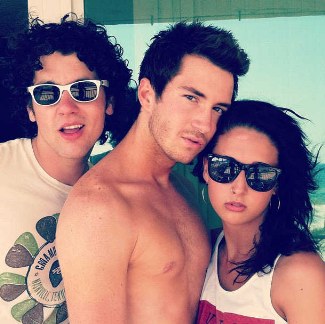 Touching heads with Brock Hartline who, according to internet rumor mongers, is Paul’s boyfriend. 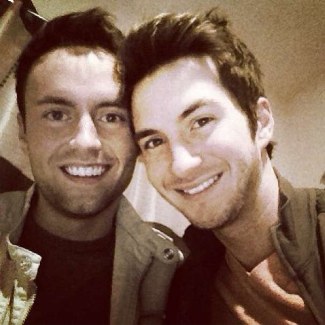 Aww. How cute are these two? 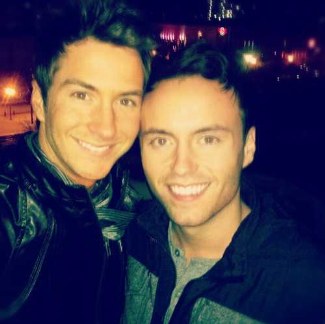 Hey look a peekabo underwear photo of our PJ from back when he was younger. 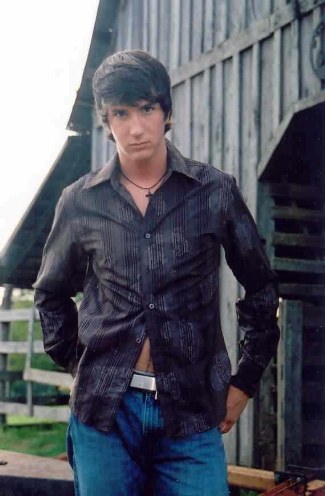