Paul Bullion Shirtless Abs, Underwear, Girlfriend. Today in Hot Ginger Hunks, we bring you British actor Paul Bullion who sure is rocking not only his gingerness but his curly long hair as well. Very niiiiice, Paul! 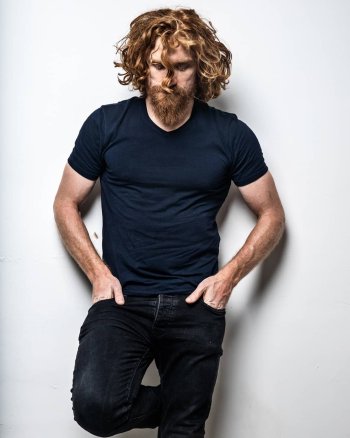 If you watched the second season of The Witcher on Netflix, you should be familiar with him because he kept his red hair while playing Lambert which may be a deviation from the video game but not necessarily the books from which the series and the games are based on.

Aside from The Witcher, our 30-something actor has starred in 19 other movies and TV shows including Peaky Blinders (which you can also watch on Netflix) and the 2021 box office hit Dune directed by Denis Villeneuve.

Considering his sculpted physique, we are not surprised to find out that he completed two Ironman races. 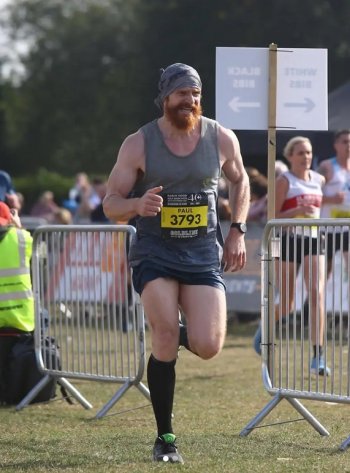 He tells us how he prepared for the triathlon in an interview with 1883magazine.com: “I gave myself 12 weeks to get ready for it. I used to swim as a teenager and I cycled everywhere. But, I’d never run a marathon before. The first time I was going to cover the marathon distance was at the end of the Ironman race. I thought, ‘I’m a confident enough swimmer, which is what most people struggle with. I can do the bike. I’ve got power on the bike. I’ve cycled long distances before’. However, I’d never done it after a swim that long. My strategy was to just hold on and see how far I could drag my broken body. I did it. It was an out-of-body, incredibly emotional experience. It made me realize anything is possible and I don’t have to take my worth from the industry. I can go back and do things outside the industry that make me feel valued. You raise a lot of money when you do silly distances. You just get the bug for it. So I’ve done all kinds of distances and triathlons now. I do half marathons, marathons. I try to do multiple events a year because you only get one chance at life. I like to feel part of something and I recommend it to anyone. Multi-sport is the way forward because the positive mental health side effects are huge. Not to mention, the fitness results as well.” 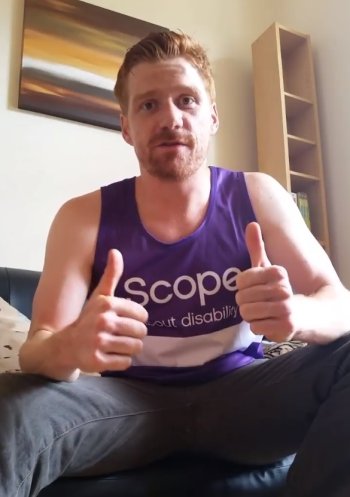 Paul Bullion Shirtless and Underwear Photos. For the thirsty Famewatchers among us, here are some shirtless and underwear photos of our hunky redhead. Want more of these? Go follow him out on Instagram where he goes by @paulbullion. 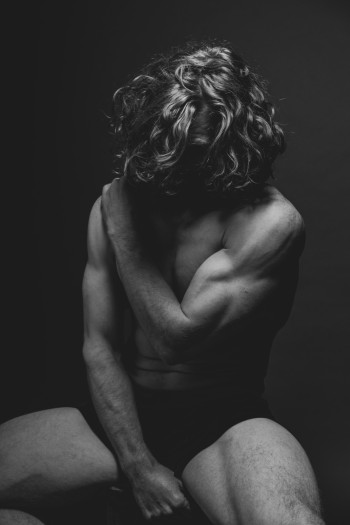 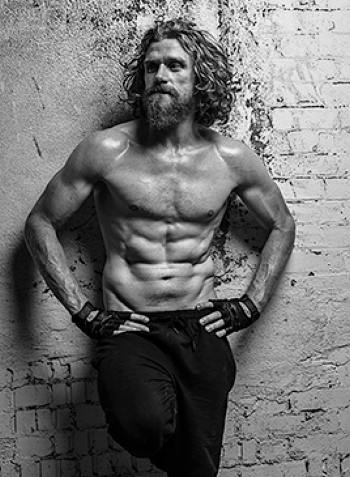 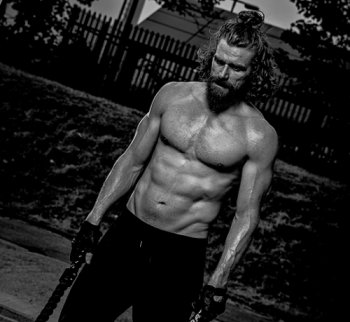 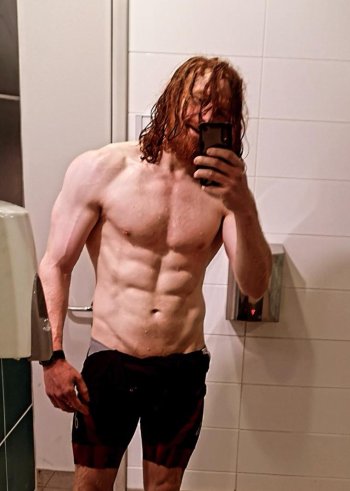 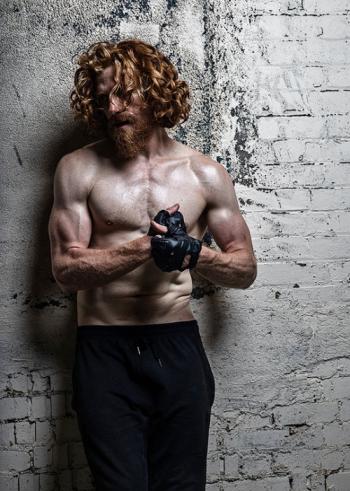 Paul Bullion Relationship Status. Is he gay or straight? Is he married? Does he have a boyfriend or girlfriend? We have no answers to these Qs at the moment but we will update this post when we do. For the time being, here’s a pic of him getting cozy with Witcher co-star Mecia Simson. Hehe. 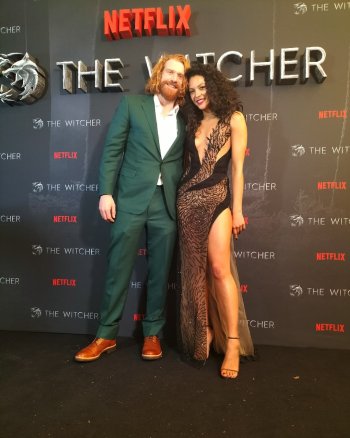 Does he have the best ginger hairstyle in the biz or what? He looks great whether he’s sporting a long hair or whether he’s got it cut shorter, no? 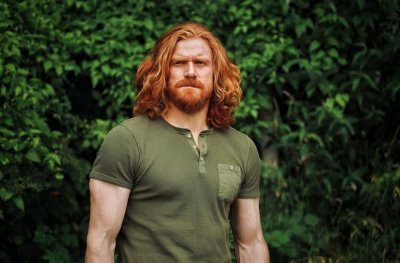 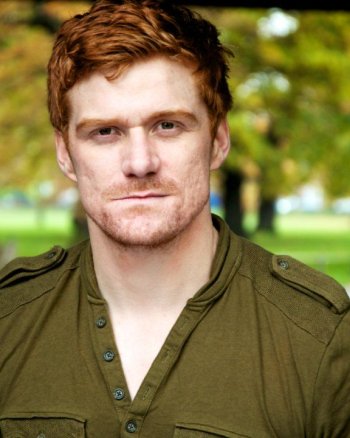