Patrick Schwarzenegger shopping in his boxers underwear? How cool is that? Does this mean that the 19-year old son of Arnold Schwarzenegger and Maria Shriver will follow his daddy’s footsteps and model men’s underwear and swimsuits? We sure hope he does. After all, he did model some Hudson Jeans and isn’t it the natural progression in the modeling world that jeans models go on to become underwear models? That’s the way it works, right? Hehe.

Anyhoo, check out a shirtless Patrick (also known as Patrick Shriver according to wikipedia) modeling for Hudson Jeans. 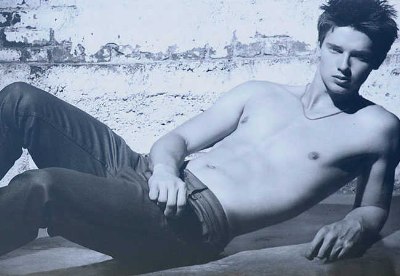 Question for you old-time Famewatchers: What do Patrick and Georgia May Jagger have in common? Both are kids of famous parents who went on to model for Hudson Jeans. See Georgia’s modeling pic in Hudson Jeans for Girls.

As for Patrick’s dad’s underwear modeling photos, go check them out here: Arnold Schwarzenegger in Underwear & Speedos. You think Patrick can beat that? Well, he may not have his dad’s impressive bulging biceps but he’s a fitness freak and is, in his own right, every inch a hunk. Have you seen his shirtless photos floating around the internets. Well, we gathered some of them for you to appreciate. 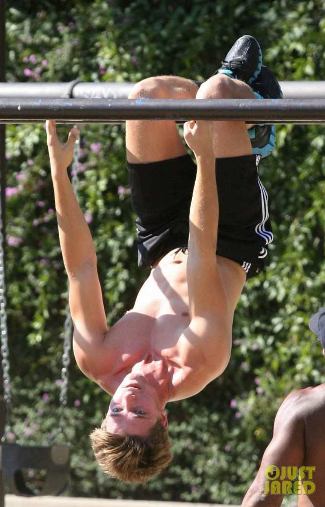 Patrick does some push-ups at the park. 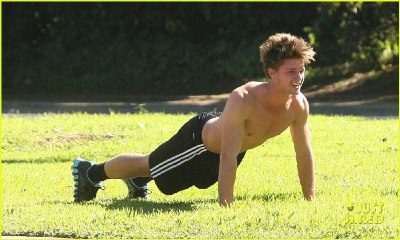 He takes a page from the Matthew McConaughey playbook by running shirtless in Hollywood. 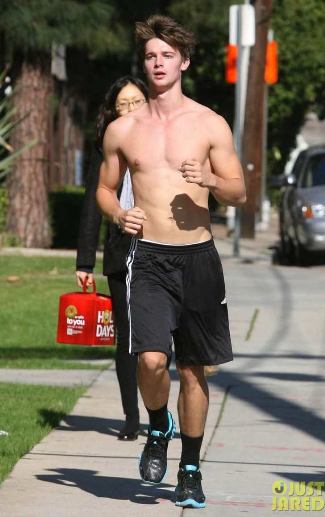 Swimming at the beach with kid brother Christopher. 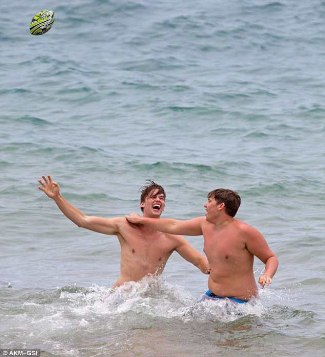 Swimming with buddy, Nick Sheinberg, during a swim meet. The two are reportedly childhood buddies. 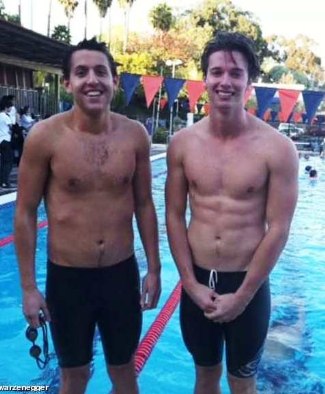 So we’ve seen him monkey-barring, doing push-ups, running, and swimming. Now, check out our Patrick biking around Hollywood by his lonesome. 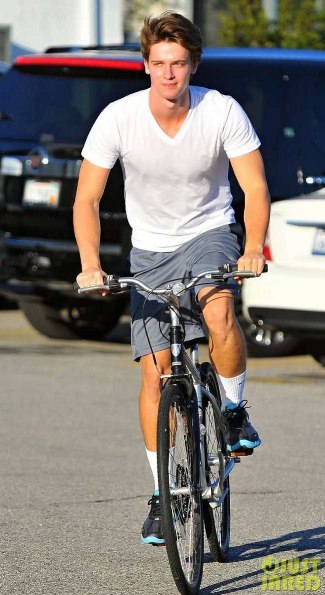 Patrick sure has some nice washboard abs, no? It may not be as defined as Taylor Lautner’s but Patrick’s abs are looking good. 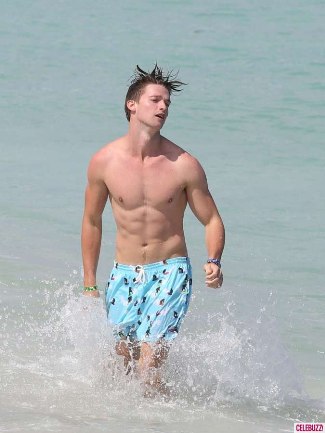 Speaking of Taylor Lautner, here’s him and our Patty playing football at the pitch. [Second question for you Famewatchers: If Taylor Lautner is really 5′ 10¾” (1.80 m) as his IMDB profile claims and Patrick Schwarzenegger is 5′ 11″ (1.80 m) as also claimed by IMDB, then why does the latter look much taller that the Twilight Star?] 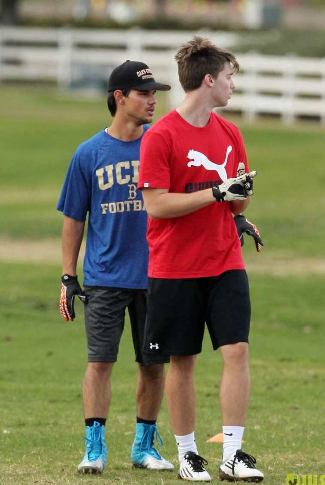 The pics of Taylor and Patrick being buddy-buddies have, not surprisingly, sent the gossip mongers who went on overdrive with their ridiculous claims that the two are gay lovebirds… 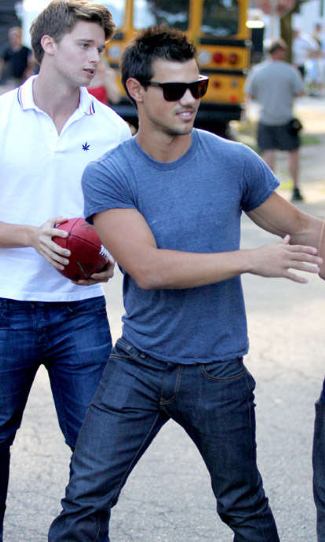 … and that the two were seen driving off to God-knows-where after partying together at some some Oscar after-party. 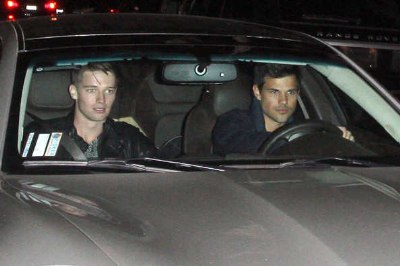 What these gossipmongers refuse to acknowledge is the fact that Patrick and Taylor are actually appearing in a movie together, Grown Ups 2, where they are cast as fraternity bros. 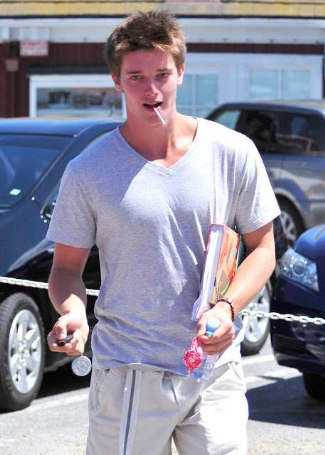 Anyhoo, let’s end this post with the above Patrick Schwarzenegger smoking hot photo, shall we? He knows that smoking is bad for the lungs, right?