Orlando Cruz Weigh-In Underwear Photos and Shirtless Photos. Orlando Cruz, the Puerto Rican boxing champion who recently revealed to the world that he is a gay pugilist continues to advance LGBT awareness/rights and he’s doing it the most interesting of ways: wearing a weigh-in underwear in rainbow colors.

Pretty cool, no? This prompted us to wonder about the kind of underwear that the 32-year-old boxing hunk wore in his previous bouts. Let’s check them out, shall we? 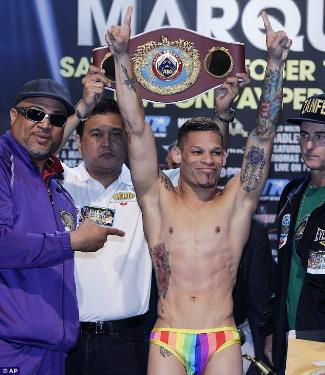 By the way, before we go on, we should point out that the above photo where our Orlando is wearing a pair of rainbow briefs underwear was taken during the weigh-in for his bout against Mexican boxer, Orlando Salido. They are fighting tonight.

So what kind of underwear did Orlando wear in his previous bouts? Well, in his match against Aalan Martinez, he wore a pair of American Eagle boxer briefs. He went on to beat Aalan by technical knockout (TKO) in the sixth round. 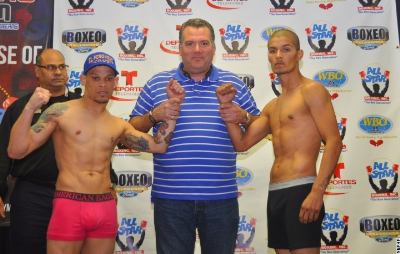 In his 2012 match against Jorge Pazos, our Orlando opted a pair of boxer briefs from Armani Exchange. He won over Jorge with a unanimous decision. 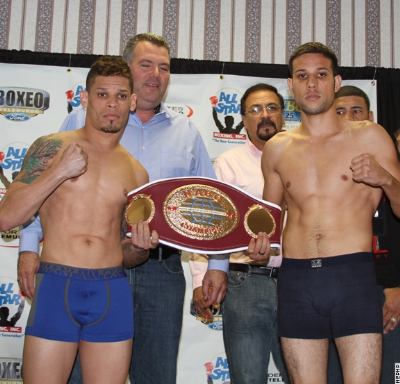 Weigh-in photo with Alejandro Delgado who was also beaten by Orlando Cruz. 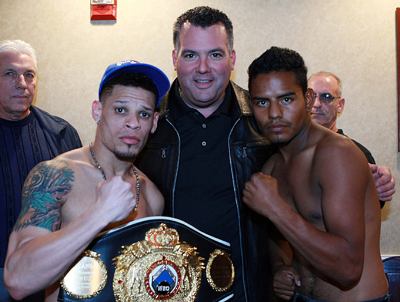 Orlando with American boxer Michael Franco who was knocked out in the first round. 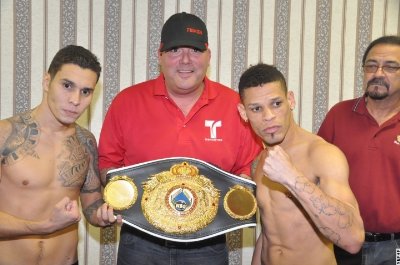 The last fighter to beat Orlando in the boxing ring is Mexico’s Daniel Ponce de Leon back in February 2010. Here’s their weign-in pic before their bout. 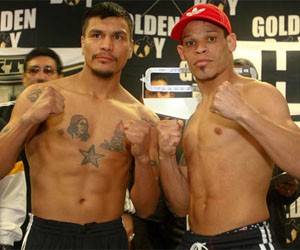 Currently, Orlando boasts of a 20–2–1 win-loss-draw record which could improve to 21-2-1 or decline to 20-3-1 depending on how his bout tonight will turn out.

Oops, we almost forgot this weigh-in pic. We don’t know who he fought in this contest. Looks like he was an undercard during a Mayweather fight, no? 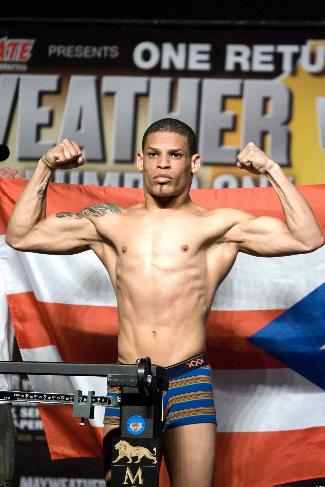 How do you know that you have arrived as a celebrity? For us, Famewatchers, you have arrived if fans start treating you like a rock star by gifting you with underwear. By this measure, there is no doubt that Orlando Cruz as a fan did exactly that.

From Blabeando: “After the fight on Friday Cruz emerged from the Kissimmee Civic Center ready to meet a couple of friends from Florida. As he made his way out a male fan approached him and handed him a gift.

It was a pair of “Papi” brand underwear. His friends through it was hilarious and asked Cruz to pose with them (photo credit: Dagmar Andrades).”

Ain’t that fun? Here’s the Papi underwear referred to:

Niiiicccceeee. Let’s end this post with a photo of Orlando with boyfriend/fiance Jose Manuel. They look good together, don’t they? 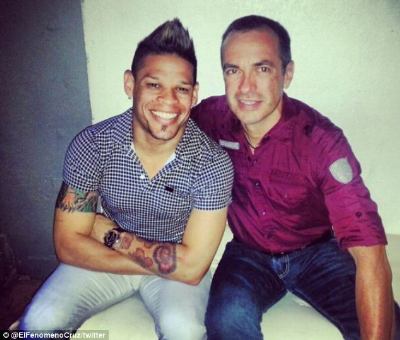 The couple got engaged last August. We look forward to covering their wedding.