Ore Oduba Shirtless, Part II. This update is six years late but it’s better late than never, no? Anyhoo, we are updating the post mainly to note that the BBC sports presenter did indeed win the Strictly mirror ball trophy.

Another reason we are updating this post is to add this photo of Ore going shirtless and showing off his totally toned, sculpted body. If our hubby have a bod like this, we’d ask him to share it to the world too. Hehe. 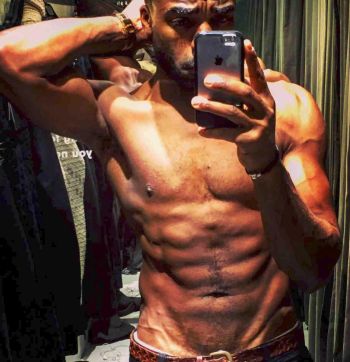 More from the Daily Mail:

Sports presenter Ore Oduba hit the top of the Strictly Come Dancing leaderboard ahead of next week’s final. The BBC broadcaster, who had no dancing experience before taking part in the competition, topped the scoreboard for the first time since week five with partner Joanne Clifton.

[Judge Len] Goodman told Oduba: “I’ve got to say what amazes me Ore, you can make a case out for the other three. You’ve got no dance experience, you come out and dance with so much precision. It was so full and intense I thought it was a terrific, wonderful performance, well done.”

That Ore has upped his dancing game makes the contest more unpredictable and more thrilling. Yay!

Now, Ore might end up with the Strictly glitter ball trophy but Danny Mac has him beat by a mile when it comes to shirtlessness. We say this because there are tons of Danny Mac shirtless and underwear pics all over the internets while, in contrast, we only found one — yup, just one — Ore Oduba shirtless pic. 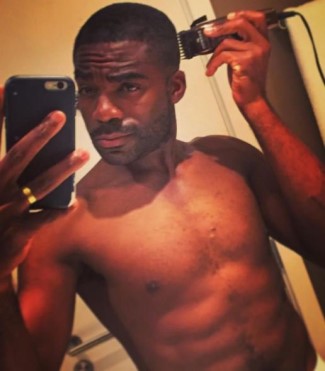 Hey, Ore, you should up your shirtless game as well!!! Hehe.

Ore Oduba Gay or Straight? He is straight but this pic of him with fellow Strictly contestant Greg Rutherford is making us go, “Hmmmm. Interesting!” 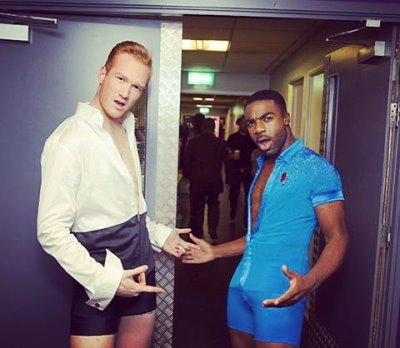 Ore Oduba Single or Married? He is married to wife Portia Oduba. The two tied the knot just a year ago. They celebrated their first wedding anniversary Last November 1. Here are some photos of the Ore + Portia wedding. 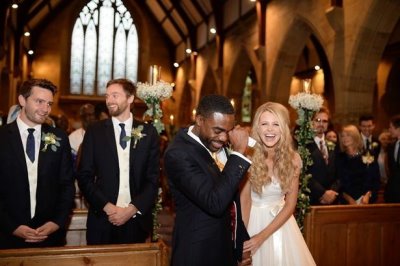 Is our Ore crying in his own wedding? Awww! How cute is that? 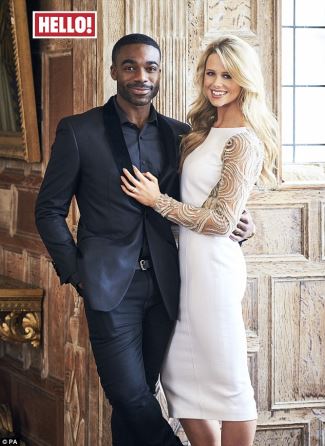