Omar Ayuso Girlfriend, Gay in Real Life, Shirtless Photos Looking for an imaginary Netflix boyfriend? Well, you gotta check out Omar Shanaa (played by Omar Ayuso) whose romantic storyline with a guy has created a lot of positive buzz (and some hatred) for the Spanish TV series, Elite.

Omar and his onscreen partner Ander Muñoz (played by Aron Piper) are so popular that they’ve got a portmanteou of their own, Omander. They sure look look good together, no? There’s a chemistry between the two that sizzles. 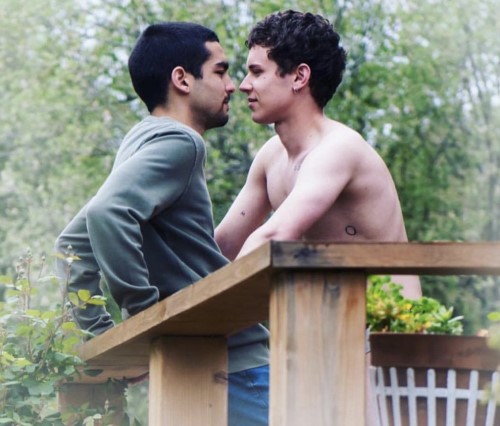 In interviews, Omar Ayuso describes his sexuality and his relationship with Ander as people who are comfortable with who they are. From msn.com: “They are two characters who know perfectly well that they are gay and the debate is not there. They do not fight against themselves, but with the environment that surrounds them.” 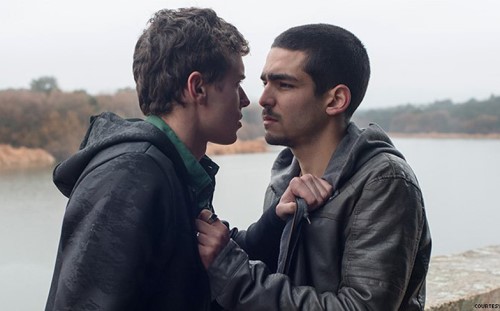 In another interview, this time with Esquire Spain, here’s what he says about the generally positive reaction to his role: “There is a factor of personal identification of the public towards our plot, which does not have much to do with the viewer being gay or lesbian or whatever, but that the couple has been very successful in general. I imagined he would like it, but not that it would cause so much rage. And it’s cool, because that’s what I always say: this is done for entertainment, it’s a Netflix series, but it’s true that there is a fundamental social responsibility that you can accept or not. In my case, I accepted it, and also from the beginning. When we started working on the characters we were aware that we wanted to give a representation as plausible as possible and as stereotyped and frivolous as possible. And I think we have achieved them. That is why he has had the reception he has had.”

Omar Ayuso Girlfriend or Dating? Anders is his onscreen partner but what is Omar’s relationship status in real life? Is he dating anyone? Well, seems like he is single. That’s what we think anyways based on his social media postings. Or maybe he’s just discreet about his dating life which is understandable given how fans can be overly invested these days. We’re looking at you Sheila. Hehe. Anyhoo, we will update this post once we find information on whether our Omar has got himself a girlfriend or boyfriend or significant other in real life.

Update: According to a French website melty.fr, he is in a “relationship with a certain Carmen, but he tries to keep their relationship private”.

Omar Ayuso Shirtless Photos. This section is for those of you looking for our Spanish actor’s shirtless pics. Check him out modeling for Spanish label Pull & Bear. 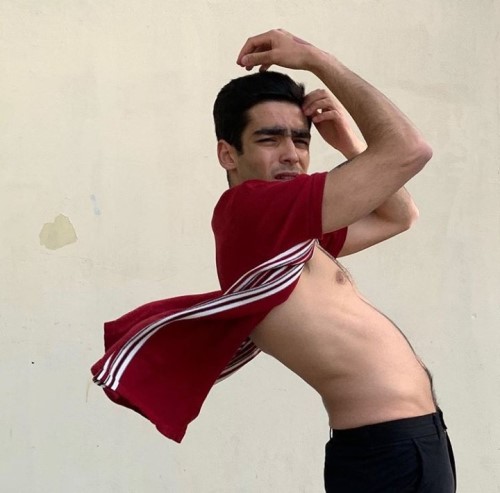 And check him out going shirtless in his Balmain outfit during the recent premiere of Elite’s second season. Wow, he really pulled it out and made it work, no? This is how you go shirtless on the red carpet. Way to go, Omar! 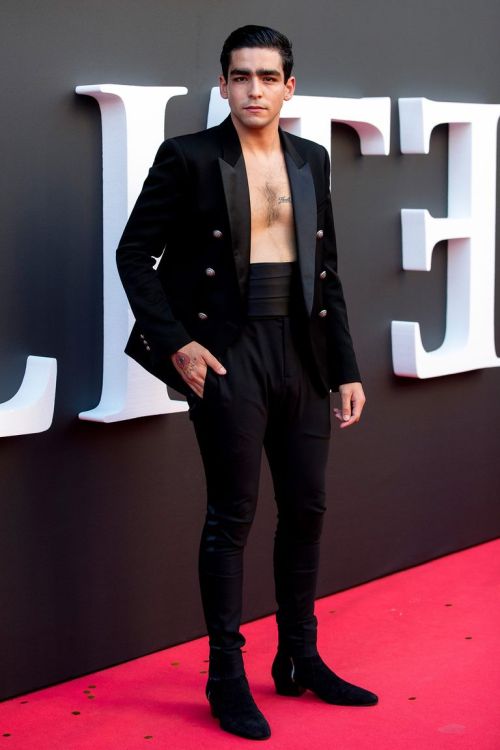 What’s that tattoo on his chest? El Pais has the details on it as well as the ones on his hand: “Omar has a tattoo on his hand of drawings by Ricardo Cavolo. ‘I took several of his drawings to a tattoo artist. He took a flame from one, an eye from another and the tear from another. He put it together and tattooed it.’ He also has an olive crown on his arm, the title of a song by Blondie (Heart of Glass) on his chest and a 19 on his hand.”