Olympic Hunks Speedo: Australian Swimming Team. You’ve seen him every inch a bachelor in his Calibre Men’s Suit, now check out Beijing Olympics silver medalist looking cool in his Speedo swimsuit. The 26-year old swimming hunk continues to be one of Australia’s gold medal hope in the Olympic Games. He also continues to look as boyish as ever, huh? 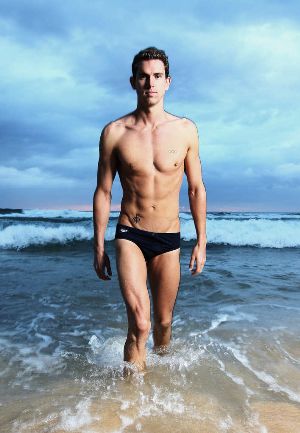 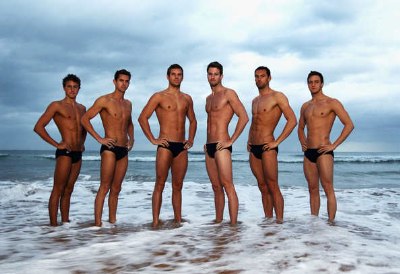 Magic mirror on the wall, who’s the hottest of them all? Our friend Deena picks the two tallest guys on the center. What about you? Who among these Olympians from the Land Down Under would you bring home to mama. 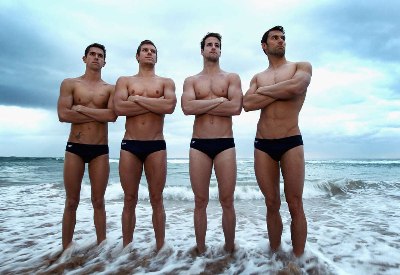 We’d bring them all home but our Grandma Akita will be scandalized. We sure do not want to not be included in her will. Hehe. 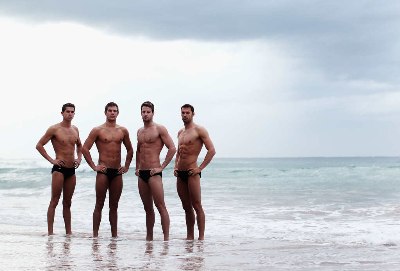 Sorry Eamon, you’re hot and all but we are going with this dude. Ain’t he a cutie? What’s his name again? We are pathetic, ain’t we?

Anyhoo, how many medals do you predict these guys to win in the London Games? Australia is one of the top swimming countries in the world but the Aussie guys were less productive than their female counterparts; the dudes won 4 silver and 4 bronze medals while the dudettes bagged 6 golds, 2 silvers, and 4 bronze medals.

Hopefully the guys will be luckier in the London 2012 Olympics. With the US of A’s Michael Phelps expected to be not so dominant as he was in previous editions of the Games, there’s a pretty good chance that these Aussie swimmers will bring some some gold medals. What do you think?

Want more male swimmers in Speedo? Or would you rather check out these hot Australian hunks?