Olympic Hunks: Bryan Clay Shirtless Decathlete Gold Medalist. Wow. Bryan Clay, the winner of the Olympic decathlon is a hottie isn’t he? No wonder advertisers want him. Way to go, Bryan! We are happy for ya and we sooo like to eat your Wheaties. 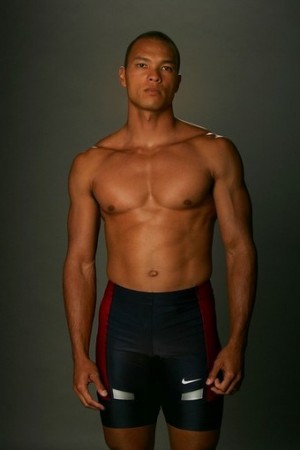 Look who is featured in a Wheaties box. It’s our Bryan! Yay! 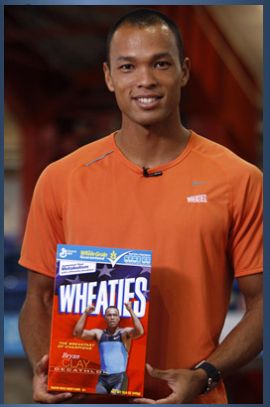 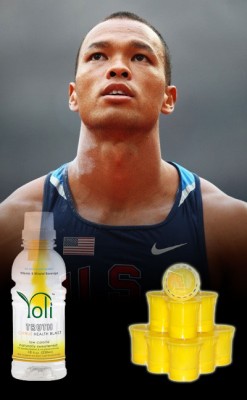 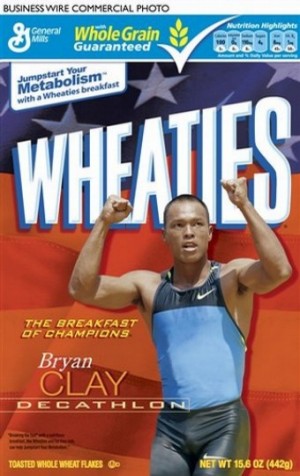 Want more Olympic hunks? Well, check out the guys below:

Canada won its third and final gold medal courtesy of Eric Lamaze who ruled the individual show jumping competition. Congratulations to you Eric.

Equestrian is probably the most egalitarian Olympic sport as men and women as well as young and old alike compete against each other. However, it can also be seen as the most elitist of sports since only those who can afford to own and maintain really expensive horses can participate in the sport.

Does anyone else here thinks that David Kostelecký is cute? If you’re like, “David Kostelecký who?” David is a Czech shooter who won a gold medal at the Beijing Olympics. Come on, let’s not even argue about it, David is definitely a cutie.

Actually, I think all Davids are cute. Proof of this would be David Archuleta, David Cook, and David Beckham. So let’s add Kostelecky to the list. 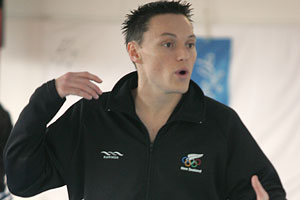 Say you’re an athlete of Olympic-level caliber but you don’t have the money to go to the London 2012 Olympics, what would you do? What about running a brothel — you know, a house of ill-repute where men go to get themselves serviced? That, my friends, is what 23-year-old taekwondo jin Logan Campbell is doing. You mean, he’s getting himself serviced a-la Michael Phelps and his lap-dancing girl Theresa White? Nope, what I mean is that Logan is running a brothel.

In case you’re wondering whether he should go to jail instead of London 2012, you should be aware that prostitution is legal in New Zealand. So under the eyes of the law there’s nothing wrong with what he’s doing. Good for you Logan. We’re all for creative ways of making money and we’re all for pursuing one’s Olympic dreams.

However, Logan’s road to the Olympics might just be derailed because John Schofield, the funding manager of Taekwondo New Zealand is saying that the governing body of the sport in the country would have to consider whether Campbell was suitable for international selection. Says Schofield according to NZHerald: “Selection takes into account not just performance but also the athlete’s ability to serve as an example to the youth of the country.”

Come on Mr Schofield, give the guy a break. Don’t sports bodies have more important fish to fry? Like doping and cheating and that kind of stuff. The kid is trying to raise money in a manner considered legal in your country. It would not be fair to hold that against him.