Old Men Young Girls: Love Relationships For the Ages. Of course old men and young girls can fall for each other and have a successful relationship that stands the test of time. The following are proof of this: 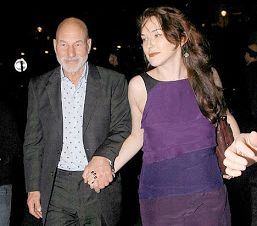 Note: For those of you not yet familiar with the word, “manthers” are older men who date pretty young things. It’s your male version of the “cougar”. Check out other mantherian relationships after the jump.

While we weren’t looking, underwear model Katie Green apparently broke up with Ben Adams because she is now dating a much older politician: Liberal Democrat MP Lembit Opik. Is this a step up for Katie or what? 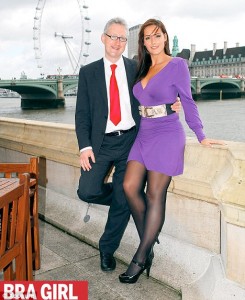 So what does Lembit, who’s known for his conquest of younger ladies, say of his newest partner: ‘Katie is beautiful, smart and attractive. She’s charming, unpretentious, interesting and engaging. We’ve got to know each other really well.’

And Katie? What does she think of her manther? “Lembit’s very charming and witty. We’ve gone for plenty of dinners and I’m meant to be going up to his home in Wales soon for the weekend. I have always liked an older man and it’s refreshing that he sees me as intelligent.’

Hmm, so she likes older men. Does this mean Katie has some daddy issues? 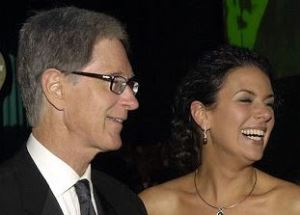 Look who’s got himself a pretty young thing? It’s Boston Red Sox owner John Henry. Who’s the pretty gal? That girl, dear Famewatcher, is Linda Pizzuti. The two are engaged according to reports and have scheduled a wedding date sometime in June. Good for you, lovers!

Look who’s got himself a new girlfriend? It’s billionaire Sumner Redstone who is reportedly seeing a former flight attendant named Malia Andelin. He is 85 while Malia is, according to the NY Daily News, “six decades his junior”. The mantherian relation between Redstone and this Eastern European beauty was confirmed by the former’s rep, Carl Folta.

From the NY Daily News: “He’s been spending money on her, giving her presents and a trip to Mexico,” claims one snitch. “He got her a ticket to the Oscars, even though he came with Paula. Redstone denies lavishing gifts and a vacation on the Eastern European beauty, but Folta corroborated that they have been out to dinner in a group. “Malia had been employed by a company that supplies flight attendants,” Folta added. “But she doesn’t work for that company anymore.” 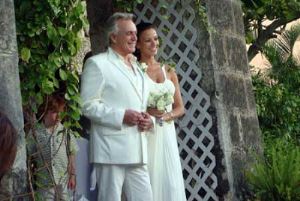 Here’s a newly wedded couple we are adding to our Manther Watch: Peter Stringfellow and Bella Wright. He is 68 years old while she is 27 years young. They look so happy so we are also happy for them. This wedding photo is from Mirror Magazine 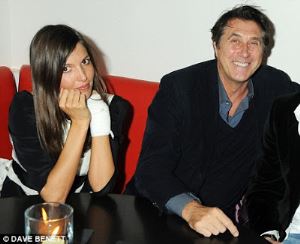 Bryan Ferry is 63. Amanda Sheppard is 27. But when it comes to love, age doesn’t matter. Right? Of course. Still, we can’t make a post about this two lovey-doveys without mentioning the fact that she used to date his son. You can say, “Ewww” if you want.