Number Nine Japanese Jeans For Men. Since we’re all about men’s jeans or famous male celebrity jeans, let’s check out British actor Jude Law and his Number Nine jeans which is a popular denim brand from the Land of the Rising Sun. Number (N)ine is a Japanese brand established by Takahiro Miyashita which is known for its “modern twist on many classic themes, from cowboy Stetsons to grunge inspired flannels”. 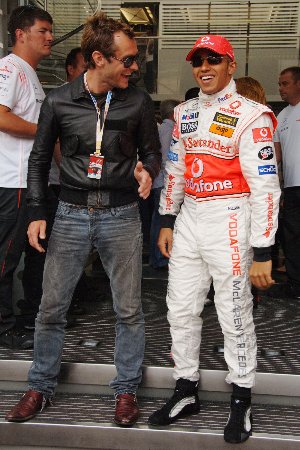 Please tell us we’re not the only ones who’d like to spank Jude in this picture? 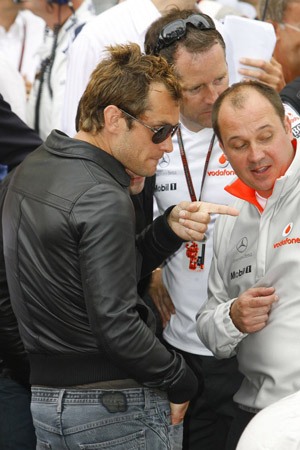 How will these two look like if they trade their outfits? 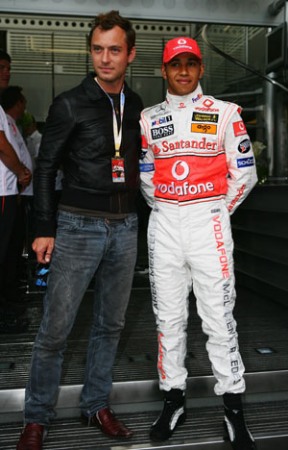 Hey Jude, where you goin’ with your Number Nine Japanese jeans? 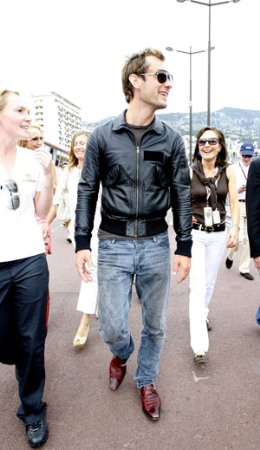 As it happens, the Sherlock Holmes star that is Jude Law isn’t the only celebrity who loves him his Number (N)ine clothes. Here’s the beautiful Irish model/actor Jamie Dornan looking grungy and yet totally shaggable in this photoshoot for Vogue Hommes International. 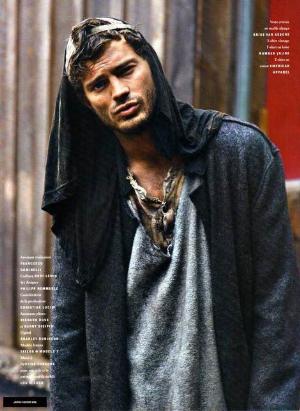 What Number (N)ine outfit is he wearing? It’s the shirt, honey! His alpaga jacket, on the other hand, is from the Kris Van Assche Fall/Winter 2009 Menswear Collection.

By the way, Jamie is one of the top-earning male models these days. He’s listed by models.com as the 15th Top Earning Male Model.

Here’s what the site says about him: “Elegance with an edge, Jamie Dornan offers the best of both worlds. His combination of classic good looks and rock n’ roll bravado keeps clients like Calvin Klein and Armani happy. So much so that both brands have chosen him to represent them in every category from jeans, to underwear and fragrance.”

Aside from being a top-earning model, he’s also starting to carve out a Hollywood acting career. He’s a regular in a TV show called Once Upon a Time where he co-stars with the likes of Ginnifer Goodwin, Jennifer Morrison and Lana Parrilla. He was also cast in the 2006 critically acclaimed movie, Marie Antoinette.