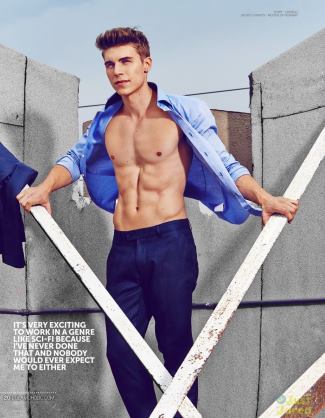 Is Nolan Funk Gay or Straight? Is 26-year-old Canadian actor Nolan Funk gay or straight? Gossip queen Perez Hilton reported back in 2009 that our Nolan was a go-go dancer in a gay bar but this does not mean that he is a friend of Dorothy, right?

The denizens of gayorstraight.com agree with us because they gave Nolan a gaydar rating of only 53% which, according to the scale used by said site, means that the Glee actor is “quite straight”:

Nolan Funk gaydar: According to 100 visitors Nolan Funk is 53% gay. However, the average gay-rating on gay-or-straight.com is 69%, which means Nolan Funk is quite straight in comparison to other celebrities on this website.

And here’s Perez Hilton’s gossip item back in 2009:

Multiple sources reveal exclusively to us that for a period in 2006, Nolan worked as a go-go dancer at a gay club in Los Angeles, MJ’s.

“Nolan went by the name of JT,” says a very well-places sourced.

While our sources claim that Nolan (JT) insisted that he was straight – common for many go-go dancers – they say that he was very comfortable with the clientele and even had a gay roommate at the time (one of the former managers of WeHo restaurant/lounge O-Bar).

Five years after Perez’s “scoop”, there’s no updates or no new news at all about Nolan’s sexuality. Perez might have been pulling some baseless gossip out of his you-know-what, no? 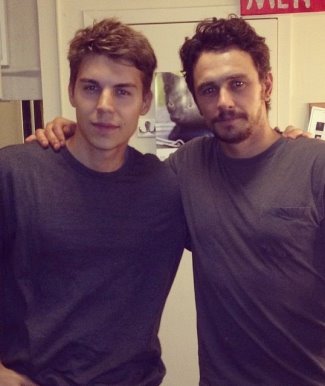 Anyhoo, if our Canadian hunk turns out to be into guys rather than girls, we want him to hook up with the tease that is James Franco. They look good together, don’t they?

Nolan Funk Girlfriend. Who is Nolan dating now? Is he in a relationship or is he single? Seems like he’s single at the moment but dating history website, famousfix.com, lists two girls linked to Nolan: American singer/actress Allie Trimm and actress AnnaSophia Robb.

The Daily Mail also reported that Nolan dated the girl in the photo below, X-Factor contestant Katie Waissel. 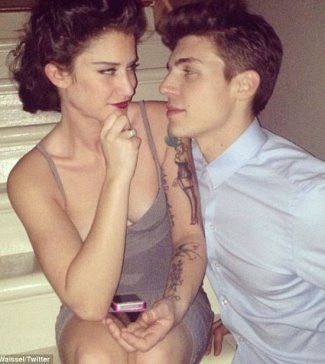 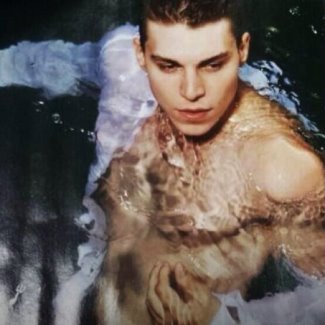 From his Versace photoshoot. [You can see him in Versace undies in our earlier post, Versace Mens Underwear Models.] 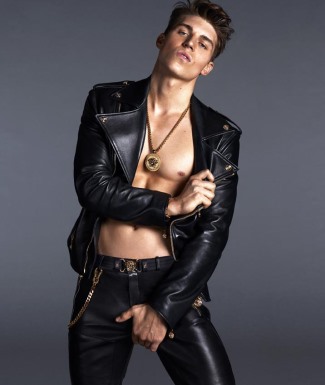 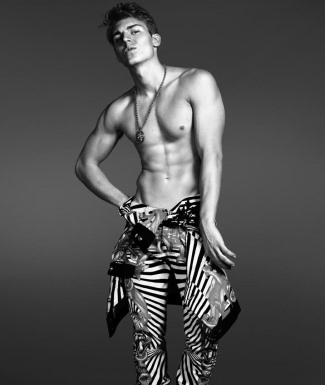 
Nolan co-starred with Lindsay Lohan in The Canyons which was supposed to be one of the latter’s comeback vehicles but the movie was panned by critics and only received a 28% score on Rotten Tomatoes. 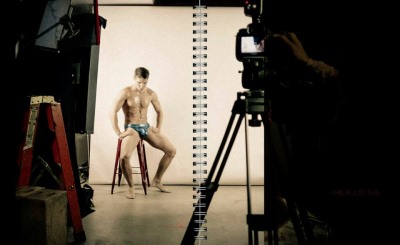 That’s it for now, fellow Famewatachers. But check out these Canadian hunks, if you want more men from the Great White North.