Niko Terho Gay in Real Life, Girlfriend, Ethnicity, and Shirtless Photos. Famewatchers, meet our new imaginary celebrity boyfriend. His name is Niko Terho and he is starring on the upcoming Freeform TV show, The Thing About Harry, which is being billed as the first gay romcom ever.

Niko will be playing the title character Harry and, as we mentioned in an earlier post, he will be acting opposite Jake Borelli and the characters played by the two actors might end up snogging each other. We say that because of the way Harry (Niko) is looking at Sam (Jake Borelli) in the pic below. 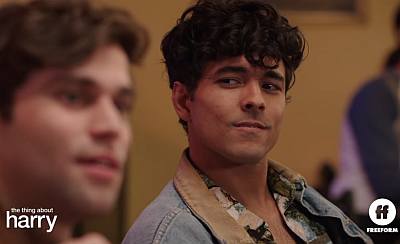 Since the show is yet to air, here’s some details about Niko’s role from deadline.com: “Terho will portray Harry, an emotionally uncomplicated, promiscuous player who has always left a string of broken hearts in his wake. Under the surface, Harry actually yearns for love, family and stability, but the thought of commitment still terrifies him.”

Want more Niko Terho Shirtless Photos? Of course you do! Better yet, we made a GIF of the actor from the trailer for the show: 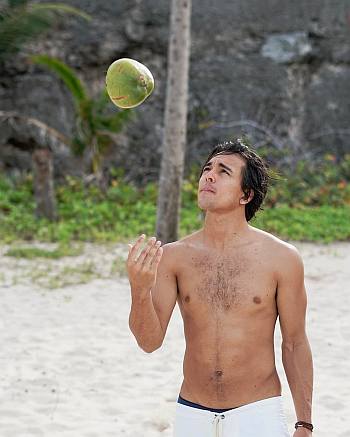 Niko Terho Ethnicity? He writes that he is Bajan/Finnish on his Instagram page (follow him @niko_terho). We know, of course, what Finnish means but Bajan is something new to us so we searched the interwebz to find out what it is and learned on wikipedia that Bajan is a colloquialism for Barbadian. This means we should include him in our list of Hot Mixed Race Boys, no? 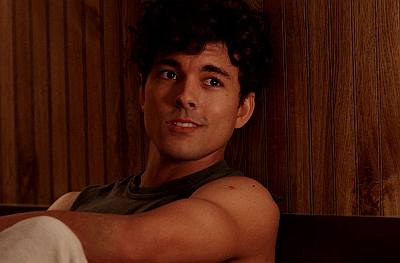 Niko Terho Gay or Straight? Relationship Status? He’ll be playing a gay guy in Something About Harry, is he a member of the LGBT rainbow in real life as well? And what’s his relationship status? Does he have a girlfriend or partner? At this time, we do not know the answers to these Qs but we will update this post once we do have the info.

Meantime, check out these GIFs of Niko which we made from the trailer of his upcoming show. He really is a gorgeous guy and we won’t be surprised if you, like us, will consider him your new imaginary celebrity boyfriend.

Damn, he’s got some really expressive eyes, doesn’t he?