Nikesh Patel Shirtless, Suit and Tie, and Fashion Style. Today in hot men in suits, let’s check out our newest imaginary boyfriend who’s rocking his yellow Edward Sexton suit in the photo below. Pic is from an editorial he did with The Rake magazine. 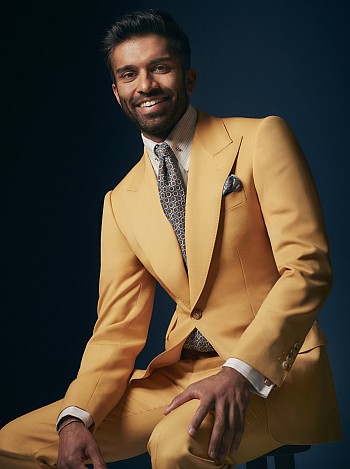 And here’s another photo of our imaginary beau looking fly in a tan suit while chillin’ on a couch. As above, this pic is from The Rake. 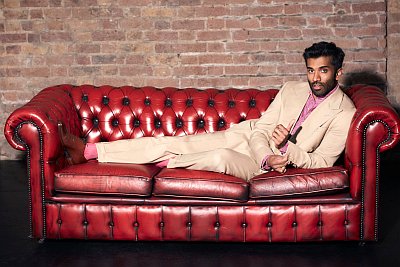 Now, those of you who are not watching HBO Max may not be familiar with the guy so let’s introduce him to you, shall we? His name is Nikesh Patel, he is British of Indian descent, and he’s the male lead star of the HBO/BBC show Starstruck where he plays the role of a movie star named Tom Kapoor.

You should check it out. The show’s gotten really good reviews and, in fact, currently boasts of a 100% Fresh rating on Rotten Tomatoes. Oh, and HBO Max appears to have full trust in the show because it immediately renewed it for a second season even before it started streaming. The network knows it has a hit on its hands.  Anyhoo, here are some more modeling photos of our newest Hollywood rom-com leading man: 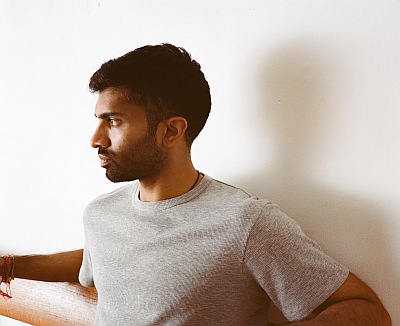 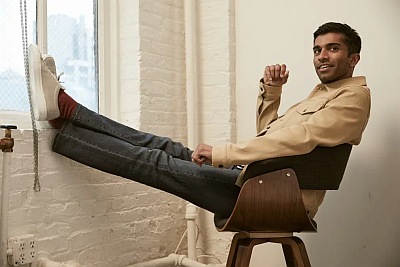 Now, aside from Starstruck, Nikesh has starred in 20 other movies and TV shows including the TV series Four Weddings and a Funeral, the 2016 movie London Has Fallen, and the Channel 4 TV show Indian Summers where he co-stars with Jemima West: 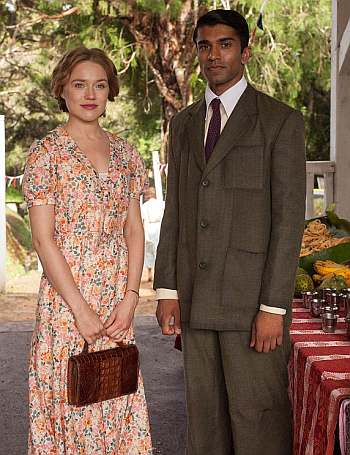 Because we know you’re just as thirsty as yours truly, here are some shirtless photos of the actor screencapped from Indian Summer, Starstruck, and the supernatural drama Bedlam which, according to his IMDB page, is his very first acting gig in front of the camera. 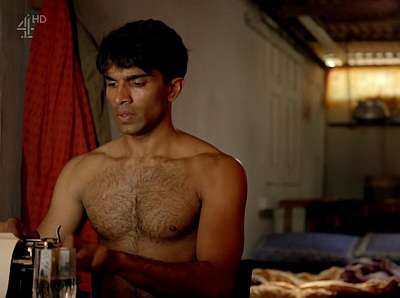 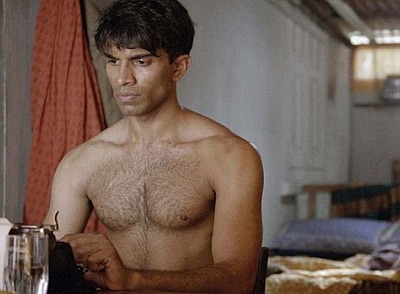 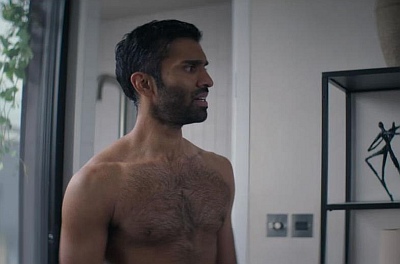 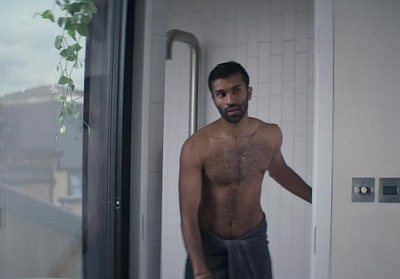 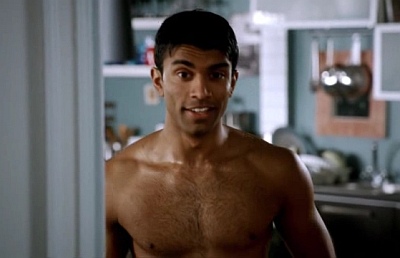 Awww! Don’t you just love men who are leaving their chest hair unshaved! By the way, for those who are asking whether our beau has a girlfriend, the answer is we do not know. On Starstruck, he and co-star Rose are an item but we do not know if he’s got a girl IRL. But follow him on Instagram @inikeshpatel he just might drop the news on of these days. 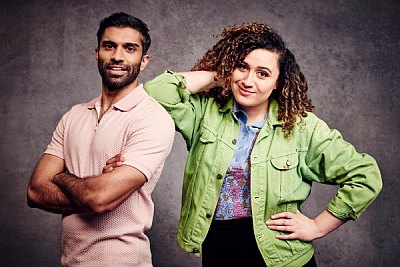