Nicole Kidman Plastic Surgery: Nicole Kidman’s botox “issues” is a favorite topic for the blogging world but little attention has been paid to the possibility that may also have had a more invasive surgical procedure to improve her looks. We are talking about the miraculous “growth” in her breast which suggests some kind of breast augmentation surgery for Nicole.

How else could one explain her transformation from left to right: 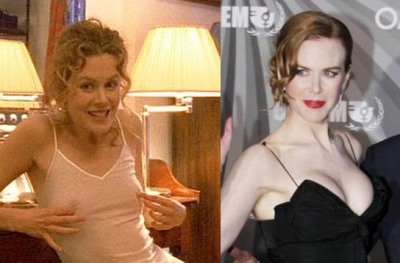 What do you think? Did Nicole Kidman have some breast augmentation surgery? Anyhoo, for the possible health complications of breast cosmetic surgeries, go read our post on Breast Implants Gone Wrong.

Meanwhile, beforeandafterceleb.com suggests that our Nicole may have undergone some facelift cosmetic surgery based on the photos below. 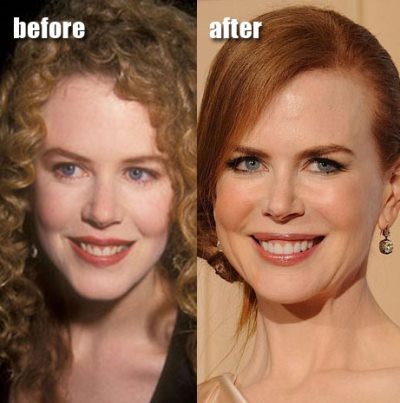 What do you think, fellow CelebritySurgeryWatchers? Do you agree with beforeandafterceleb?

Nicole Kidman Plastic Surgery: Botox or Just a Croydon Facelift? (published 09 October 2009): Today in celebrity plastic surgery, we bring you the seemingly ageless Nicole Kidman. She looks just as young as when we first saw her in 1992 when she starred in the movie Far and Away with Tom Cruise.

The Australian beauty denies she had some botox injections on her gorgeous face so what is her secret then? Maybe her Croydon facelift? 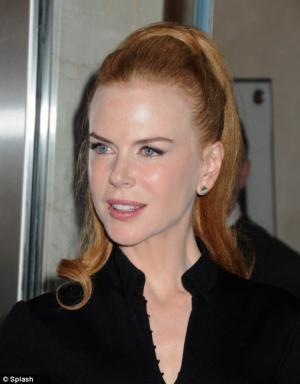 Croydon what? Hehe. That’s exactly the same question we asked when we first heard the term. We thought it was some elaborate surgical procedure but its simply the hairstyle that Nicole is wearing in the above pic.

Here’s what the folks at urbandictionary.com define Croydon facelift:

1) The effect achieved by a chavette by scraping all her hair up into a very tight ponytail on the back of her head, leaving facila expresssion somewhat inhibited. AKA pikey botox.

2) Type of hairstyle where garage loving council estate females pull they’re hair up into a pony tail so tight it lifts their face.

So there. But, what in God’s name, is a chavette? We’re guessing its the British term for a woman who lives in a trailer park or something. You gotta love the Brits for their awesome vocabulary.