Nico Tortorella Boyfriend? It turns out that the voters of gay-or-straight.com are correct when they said that Nico is “highly gay” [see post on Nico Tortorella Underwear]. The 27-year-old American actor just came out as “sexually fluid”. More from Page Six:

Nico Tortorella, who stars in TV Land’s “Younger,” said at a Pride event that he’s sexually “fluid.” “I’ve never been in any sort of closet . . . I was never really in the house,” he joked at an American Express event with the Infatuation blog. “I think it’s one thing to hide . . . and it’s one thing to come out of the closet in a public statement . . . But I’ve always done me and never been shy . . . and have been vocal about it.”

He did not say he is gay though so did the voters really got it right? Of course they did. In that site, being “gay” is equivalent to being a member of the LGBT community. If we are not mistaken, being sexually fluid is kinda, sorta, more or less like being bisexual. If not, maybe we should change the gay community acronym to LGBTS with the added letter S representing the “sexually fluids” of the world.

Anyhoo, the same Page Six report mentioned that Nico is currently has a girlfriend. But by admitting his fluidity, he must have had a boyfriend in the past, right?

So who is the Nico Tortorella boyfriend? Well, some forumers at churchofpop.net identified the guy as Hollywood stylist named Kyle Krieger. Here are some of Kyle’s Instagram photos (which you can follow @kylekriegerhair) which shows him and the actor: 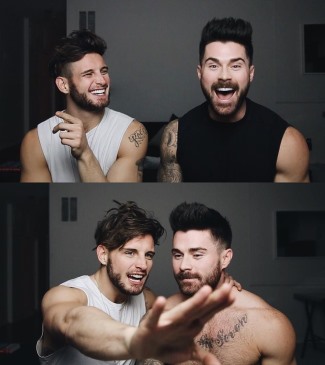 The next pics give us some Brokeback Mountain vibe but with a happy (“non-sad”) ending. If it is a movie, we would probably call it Brokeback Winter: Happy Ending Edition. 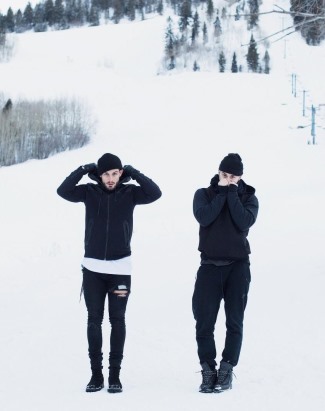 Aww. How sweet. Kyle Krieger aka Nico Tortorella boyfriend must have hurt his ankle or something. 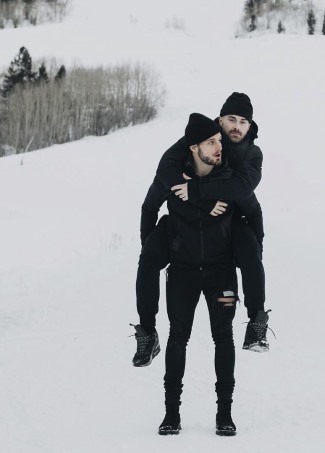 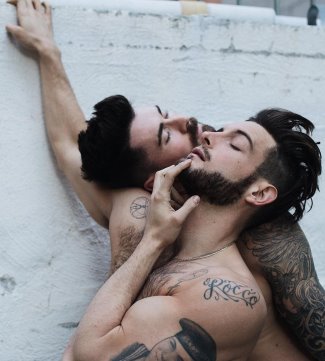 Kyle in all his shirtless glory. 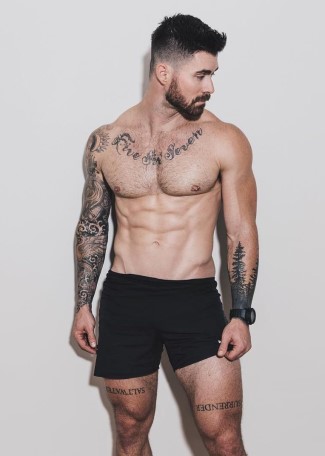 Another photo of Kyle which, we must say, is our favorite pic because its like an invitation that says, “Let’s go get dirty.” And who would say no to that? 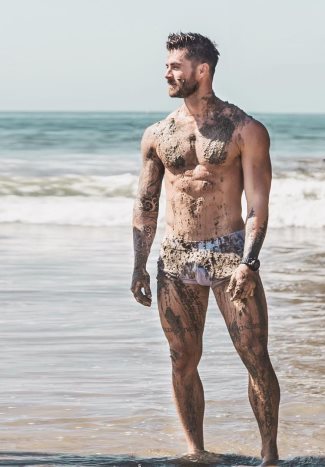 So, Famewatchers, what do you think of the Nico Tortorella boyfriend? Or, maybe, ex-boyfriend?

In conclusion, let’s give the last word to Nico who, apparently, talked more about his fluidity during a podcast interview with Will Malnati of The Drop-In:

I like to think that I’m label-less of sorts. I fit into a bunch of different boxes but I don’t check off all the things for different boxes. I don’t see the world as gender binary, right? Man. woman. There’s like a whole spectrum of people who fit into all of it and I’ve dated a lot of them. And it’s not about sex for me. It’s about being totally, emotionally connected to somebody.

Seems like there really is a need to add another letter (“S” for sexually fluid) to the LGBT acronym. The world is expanding, therefore acronyms should adapt! Or should it? Surely, peoples’ views differ. Opposite or the same opinions are welcome in the comment section. So tell us what you think, fellow Famewatchers.