Nick Cannon Fashion Style: Underwear, Louis Vuitton Bags, and Ab Muscles. What’s up with celebrities like Nick Cannon pulling up their shirts to show us their abs and underwear. What are they, adult film star turned American Idol Vice President Billy Kemp? 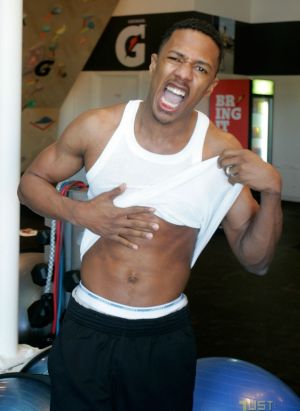 Yeah, Nick, we know you have the best six-pack washboard abs! Now can you now put on your damn shirt! What, you don’t want to? Okay then, can you drop your pants as well then? You might as well go the full monty. 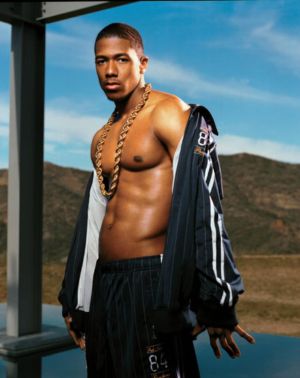 Hey look, it’s Nick all suited up. We like his traveling suit but that shirt destroys what could have been a cool suave overall look. Hey wait, is that a Louis Vuitton bag he’s carrying? Yup, it’s a Louis Vuitton Monogram Macassar Canvas New Greenwhich Travel Bag. Damn you celebrities, you have everything and all! 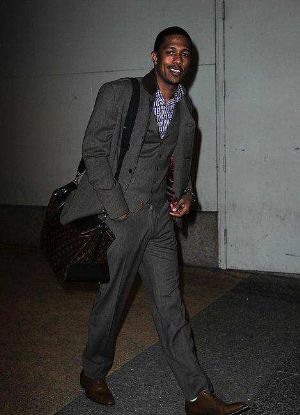 Nick does love, love, love him his Louis Vuittons because he was again spotted carrying another LV but this time its a backpack. What attracts attention from Nicks ensemble would be that bright yellow brown Timberland Premium Boots he’s wearing. 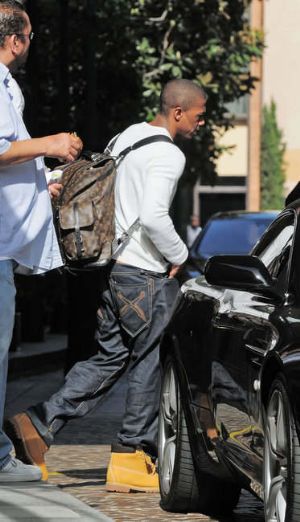 Being the constant traveler that he is, our Nick has to go through airport procedures and sometimes this means removing his shirt and accidentally baring to the world what our friend Deena calls an “unsightly boxer shorts”.

It may be unsightly but there’s actually something endearing about Nick’s choice of undies. It reminds us that celebrities are just like us ordinary people too. Want some Black Male Underwear Models? 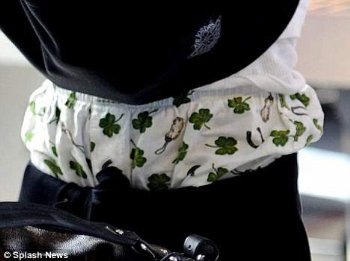 Oops, did we just say celebrities are just like us? Maybe we spoke too soon. Looks like Nick is objecting. Hehe. He’s wearing a pair of Paul Testa PT 1 Sunglasses in the pic below. 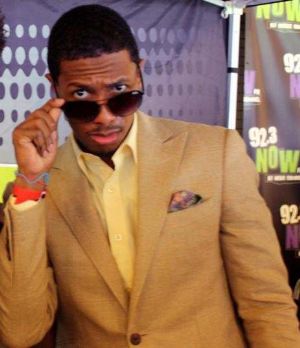