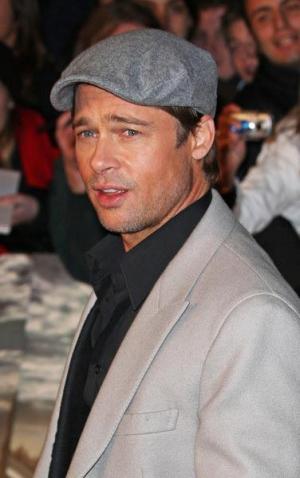 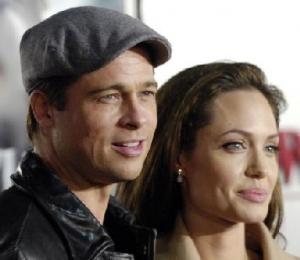 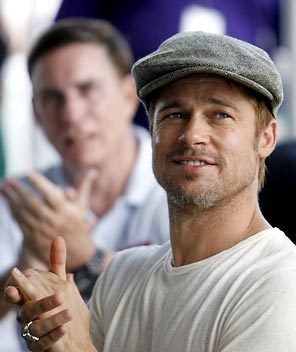 Want more of Brad Pitt’s fashion style? Go check out our post on Brad Pitt Jeans. You might also want to check out the other Brad stories below:

Is This Brad Pitt’s Bachelor Pad? (26 January 2010). What is the world’s best bachelor’s pad? Well, if news reports are true that Brad Pitt has bought himself a bachelor’s pad to get away from Angelina Jolie, then we here at Famewatcher are going to declare that the title should go to Brad’s bachelor’s pad. That’s triple prime real estate, if you ask us. 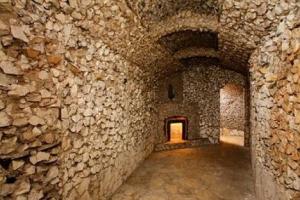 Anyhoo, these are supposedly the photos of Brad Pitt’s new home. Says a source (via Daily Mail): “The house oozes character. Brad has had his eye on it for some time but he decided now was the right time to buy because he wanted a place to call his own. He needs somewhere quiet that doesn’t have memories of Angie and where he can be alone and think about what he does next.” 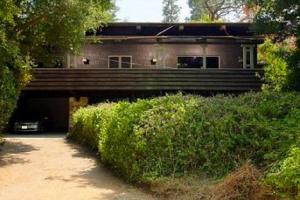 Restroom Etiquette According to Brad Pitt (18 July 2009). If you’re wondering if it is socially acceptable to to phone someone while you’re in the restroom, Brad Pitt has the answer for you. 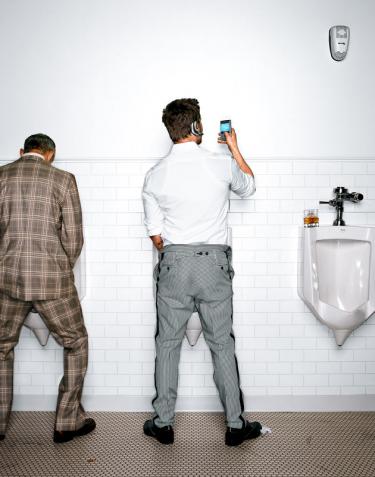 Asked by wired.com it is okay to talk on the phone while taking a whiz in the bathroom, here’s what Brad says on the subject: “No, you can’t talk on the phone! Do you want the guy next to you to hear your entire conversation? That’s why you should only text in the bathroom. Just be sure you don’t hit the wrong button and end up putting a photo of your junk on Twitter. Trust me, you don’t want those followers.”

Sensible and kinda funny advice, we must say.