This time however, we are committed to watching the show because we here at Famewatcher are superfans of Survivor winner Natalie Anderson and we’d like to see how she fares on The Challenge. We are keeping our fingers crossed that she’d do well.

Another rookie we’re hoping to do well on The Challenge is German hunk of Asian descent Nam Vo who acquitted himself well on the first season of the Netflix reality show, Ultimate Beastmaster. We were also rooting for him there and were bummed when he did not go further past level 4.

You should check him out on the 9th episode of the first season of Ultimate Beastmaster. If you can’t, here are some screencaps from the competition.

On level 1, he actually almost fell in the very first obstacle but he managed to hang on which is why he is all smiles here after he overcame his initial challenge. 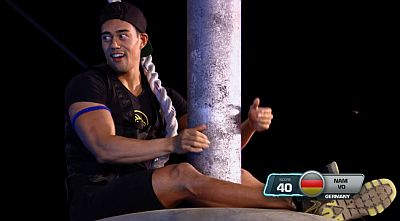 On level 2, he smoothly navigated through the challenges which prompted the German commentators to ponder whether he lathered himself up in Vaseline. 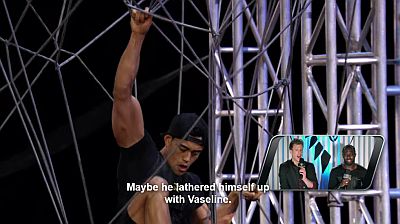 End of level 2 after he passed through the digestive track. He failed to jump because digestive track was already too low but he earned enough points to make it to level 3. 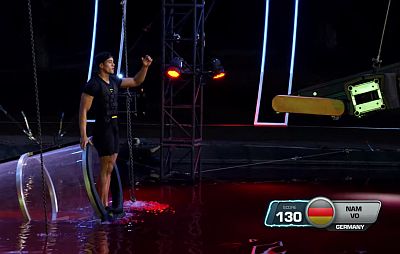 Flying the flag for Germany to level 3. 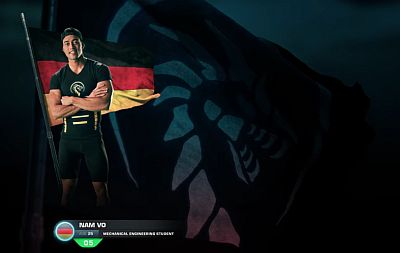 On level 3, he did a pretty good job overcoming the challenges such as the coil crawl and he placed second which qualified him for level 4. 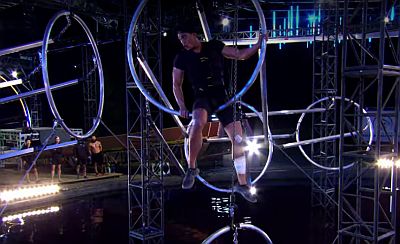 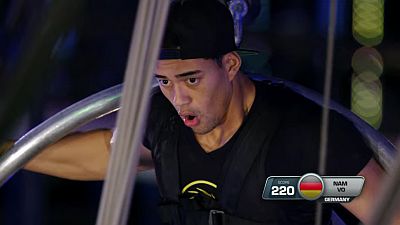 He was cut on level 4 as he was outpaced by his American head-to-head rival. 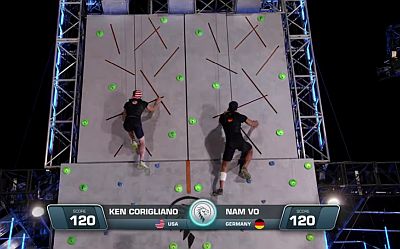 Nam Vo Modeling Photos. On Ultimate Beastmaster, Nam was introduced as a mechanical engineering student as well as a model, well here are some of his modeling photos. 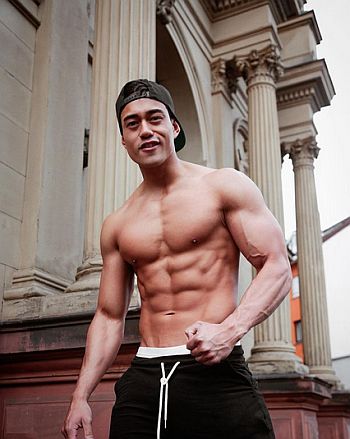 He mentioned having to transform himself from a skinny kid into a sculpted hunk. This is the evidence of such transformation.

He made it to the cover of Men’s Health Germany. 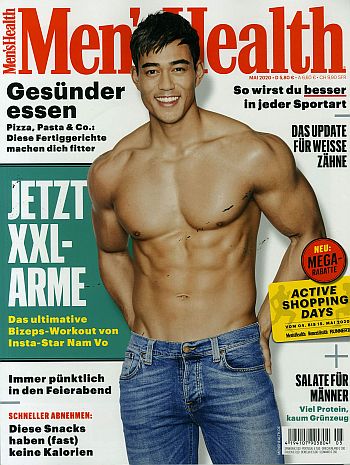 Looking at his own billboard. 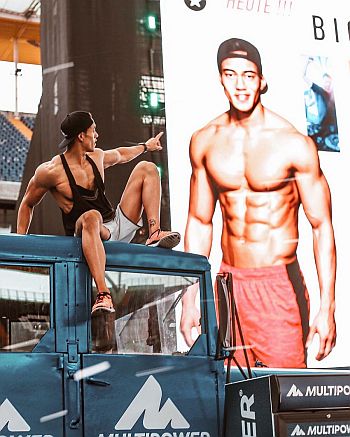 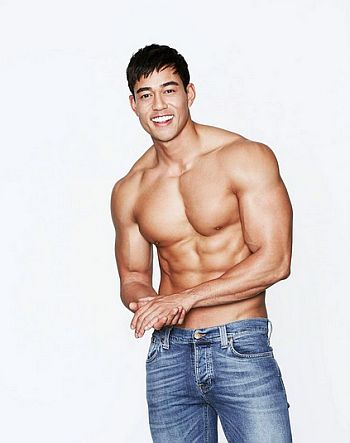 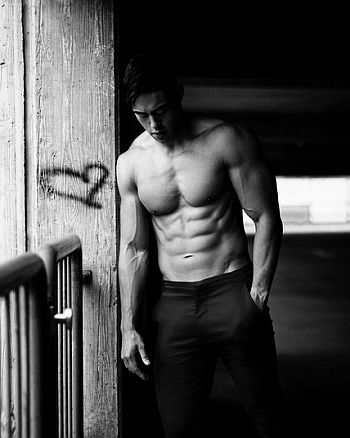 For fans of men in boxer briefs. You know who you are. Hehe. 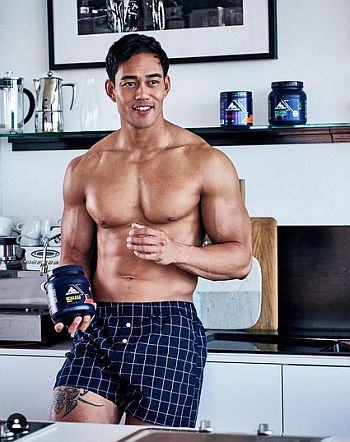 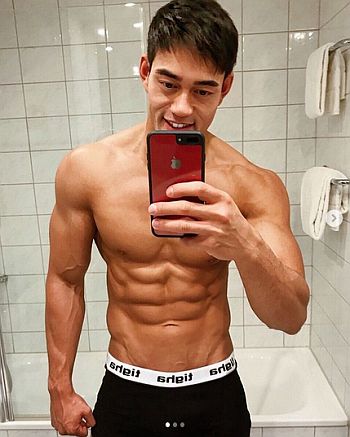 Nam Vo Girlfriend? We have no information about his relationship status at the moment but we will update this post in the future once we do have said info.