On the show, Evans is Miles Taylor who is described as a “cool intelligent teen who works at the Wesley’s family country club. He is intrigued by Blair and despite a bumpy first date, they begin dating.”

Oh, and he’s hiding a very big secret. Hehe. That’s all we are saying because we do not want to be accused of being spoilery. Anyhoo, here’s a screencap of Miles and Blair (played by Anjelica Bette Fellini). 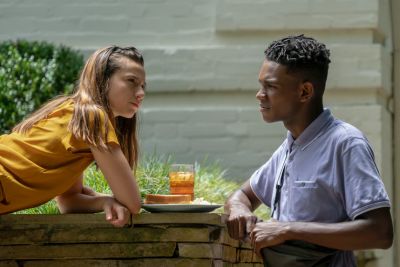 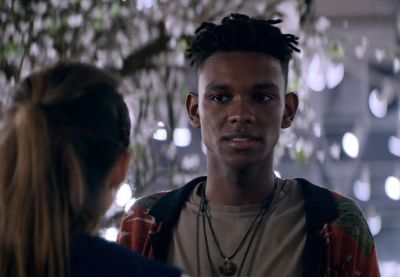 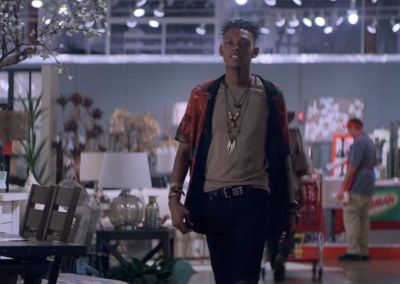 Myles Evans Girlfriend in Real Life? Gay or Straight? So is the tall drink of water dating someone in real life? Does he have a girlfriend? Or maybe a boyfriend?

Unfortunately for nosy and curious Famewatchers, we have no answers to the above questions at this time. However, as we usually do, we will update these post once we have the information in the future.

For the time being, here are gorgeous photos of the guy rocking his denim jacket. We grabbed the pics from his Instagram page which you might want to follow @myles_evans. 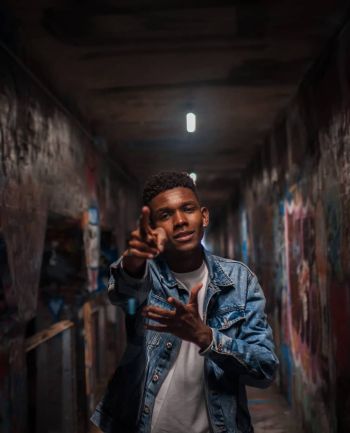 Currently, the 25-year-old actor has a total of 16 IMDB acting credits to his name with Teenage Bounty Hunters being the most major. We hope he continues to appear on the second season because he adds intriguing subplots to the show which is worth exploring.

Now, we know that the show was just released but there should be a second season, right? We will send angry tweets to Netflix if it does not renew the series for a second season. It’s a hilarious show and we like to see more of it.

Myles Evans Shirtless and Underwear Photos. We  do not have any of these photos at the moment but because we know the Famewatcher audience is mostly composed of thirsty hos and THOTs, we will update this post once we get our hands on them. Haha.