Mute Movie – Duncan Jones Interview. Duncan Jones, the director of the much buzzed about Moon movie, is already working on his second film for which he is reportedly being paid the very A-List amount of US$25 million. Wow. Just wow.

The movie is about the mysterious disappearance of a woman who …. well, let’s have the director tell us more about it. From his interview with io9:

Speaking of Ridley Scott, you mentioned earlier a desire to make a Blade Runner-esque sequel set in a futuristic Berlin. Can you tell us more about that?
I still want to do that film, and I’m still hoping to do it, and have it be the next film I do. It’s not Blade Runner 2. I have no claim on that at all. The only reason that I mention Blade Runner is because there’s something about that particular film, where they really created a believable and realistic living breathing futuristic world. For all of the other films that have tried to do that I don’t think anything has come as close the way Blade Runner has to creating something believable. Something that feels real and organic. It’s like going to a real city and shooting a film there. You just get a sense that this place exists. [In] most of the science fiction films, it always feels a bit fake and a bit flat, but Blade Runner really didn’t. That’s the aspect of Blade Runner I’m hoping to capture. If and when I get the chance to do my film that I’m making.

Now is the script done for this film?
Yes it’s been done for awhile. I actually wrote it before I did Moon. The script has started to go out to actors. So if I can get a cast, and if Moon goes well and people have the faith to invest in me to another film then that’s the film I’m very much hoping I’ll do next.

Since characters are very important to you, what type of characters and actors are you looking for, for this film?
I think it’s really just a matter of coming up with believable humans, you know rounded people. People you actually believe exist. One of the great things about Mute, which is the title for this next film… First of all, there’s more than one person [as in Moon], but also there’s a couple of villains in there which I’m really excited about. They’re so different than anything you’ve seen. I hope I get the chance to make the film because they’re going to be very unique, you’re not going to have seen anyone like these two guys before.

What are we dealing with here with these villains: Machines? Aliens? Mutants?
No not at all. No aliens, nothing like that. It’s a very human story, it’s about normal, normal people having to live in this future city. Science fiction is more of a backdrop, in some ways, than you might expect. But I like that, because … if you allow [science fiction] to be in the backdrop and not be what it’s all about, then the humanity is what you’re really concentrating on and looking at. You see why people are the way they are , and how they’ve maintained their humanity in these science-fiction settings. Or the opposite, why their humanity starts to be eroded. When they started to lose their humanity because of the world that they live in, and that’s what this film is going to be about.

Did you spend a lot of time world-building for this future vision?
Yes, I think so. Again, trying to learn from films that I love, like Blade Runner, there are certain things that they did, and certain things that I wanted to do, that they didn’t do, where you really create a living breathing environment. Just giving some ideas of where culture might go. Giving you ideas about kinds of restaurants or things you might see in the future that don’t exist yet. I had a lot of ideas on that front that I wanted to incorporate into this world.

Can you share any little world bit with us, anything unique from your future?
Nope. [Laughs] You’ll have to wait and see! 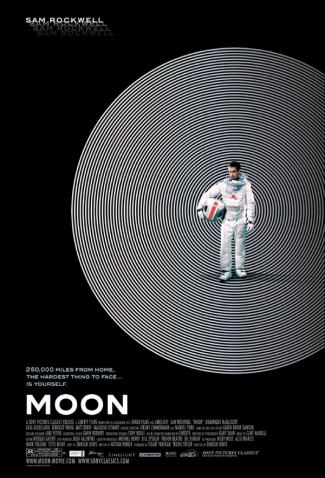 Not a lot of celebrity kids manage to get out of the shadows cast by their parents but every now and then there are those who – like Duncan Jones (formerly known as Zowie Bowie) – are able to make a name for themselves.

Duncan Jones, the son of rock superstar David Bowie and ex-wife Angie, has been getting raves for his first movie, Moon, which is being talked about as a possible Oscar Awards contender. Wow. That’s quite a feat considering that this is Duncan’s first directorial job ever. 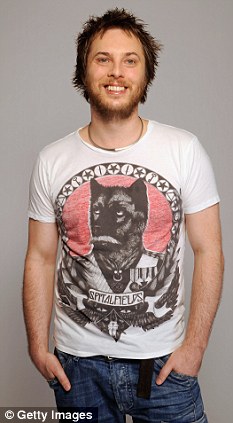