Morgan Spector Shirtless, Underwear, Girlfriend. Aside from Blake Ritson, another actor starring in the HBO hit The Gilded Age is Morgan Spector who plays the role of robber baron George Russell. 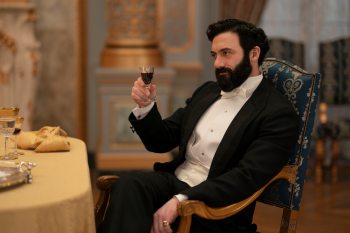 If you’re like, “robber baron” what? Then we are kinda on the same boat. We often heard the term but never knew exactly what it meant until this show. Apparently, a robber baron is a businessman who became nouveau riche by, to quote wikipedia, using “exploitative practices to amass their wealth”. These practices include “exerting control over natural resources, influencing high levels of government, paying subsistence wages, squashing competition by acquiring their competitors to create monopolies and raise prices, and schemes to sell stock at inflated prices to unsuspecting investors.”

So there! Now you know what a robber baron means! You also know that we here at Famewatcher are not only about ogling at shirtless celebrities in their underwear but we also do aim to educate thirsty hos. Hehe.

Anyhoo, in an interview with wmagazine.com, Morgan talks about his role as a swashbuckling business man but who, at home, is “quite tender with his children and supportive of his wife’s endeavors at building an empire and taking over the universe. I try to take a look at it on a small personal scale. I think all of us have our conceptions of family at the deepest level. Those are the people we give our best selves to, most of our energy to, who we’re really willing to sacrifice for. And then the world outside is where you struggle to get resources for your family and make sure that they’re taken care of—in a certain way, that’s what George is engaged in. The dichotomy between who he is at home and who he is in business is just a bit more extreme than most of us, I think.”

Of course, we haven’t forgotten about our other mission of posting shirtless pics so here are some featuring our Morgan: 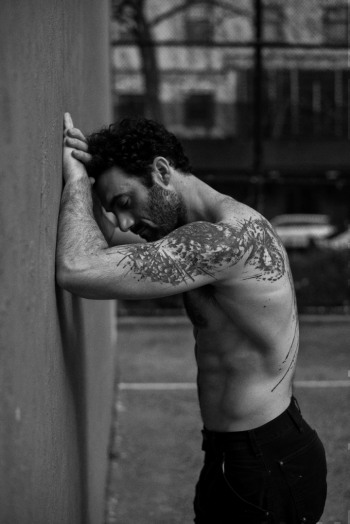 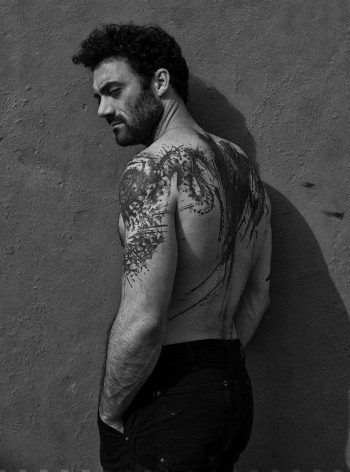 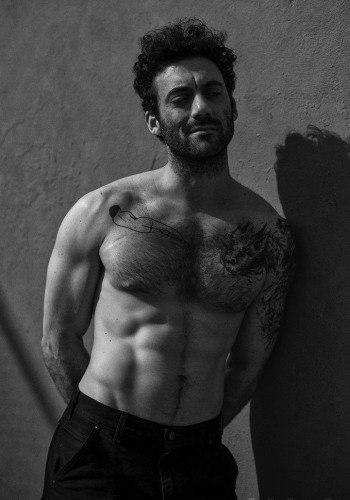 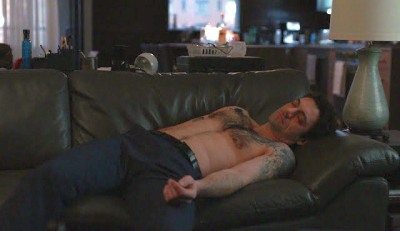 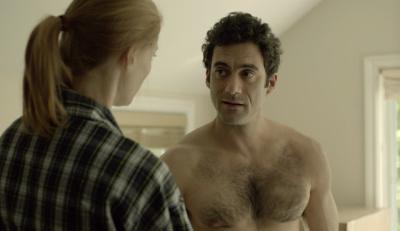 We have a screencap of him in his boxer shorts underwear too! This one is from the 2016 movie Split where he played the role of Derek. Nope, it’s not the Shyamalan movie which was released the same year. 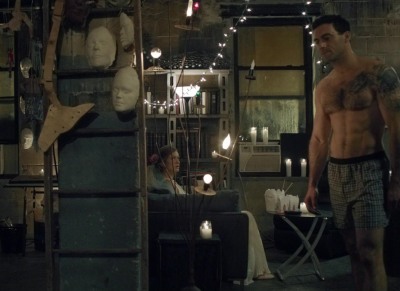 And a collage of him and his classic white boxer shorts from the 2014 Broadway play Machinal:

Morgan Spector Gay or Straight? He is straight and married to wife Rebecca Hall (who was the lead star in Machinal) but he did play an LGBT character in the 2017 movie Permission where he plays the boyfriend of David Joseph Craig. Here are pics from said movie: 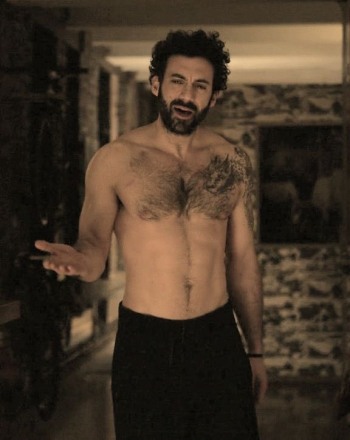 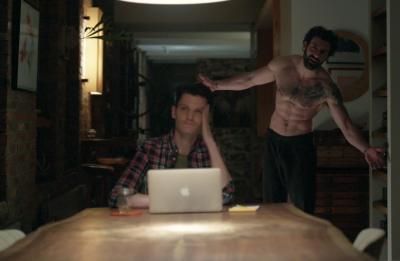 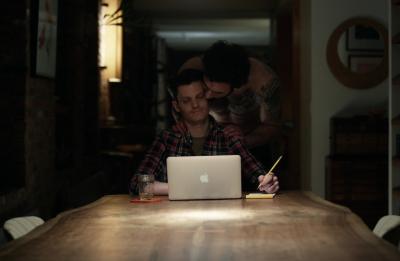 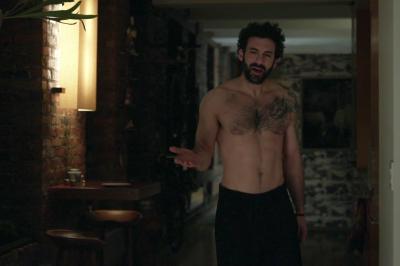