The answer to the above questions according to our friend Michael who is an avid MMA fan: 1) Yes the fighters wear underwear during their fights, 2) compression underwear or these workout underwear is the best, and 3) depends on who your favorite MMA fighter is.

We did a little digging to find out the MMA underwear that your favorite fighter loves and the following list is what we came up with. We’re assuming here that these are their favorite brand because why else would they be wearing them during their weigh-ins. 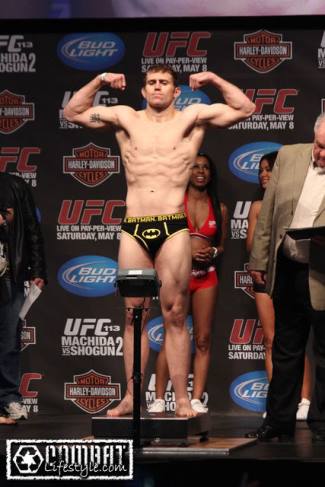 Dennis Hallman. If Batman comes, can Superman be far behind? Dennis in a pair of Superman boxer briefs during a weigh-in. After losing a bet with a friend, he also wore this controversial Speedo briefs during his bout with Brian Ebersole. 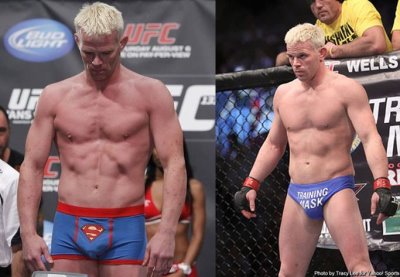 Jamie Yager in Under Armour performance shorts. His stance reminds us of that Jesus statue in Brazil. 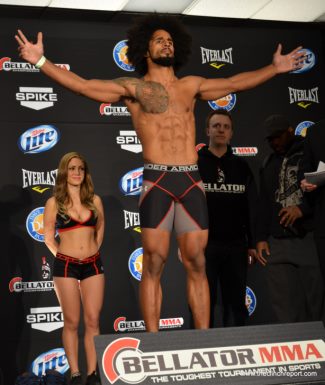 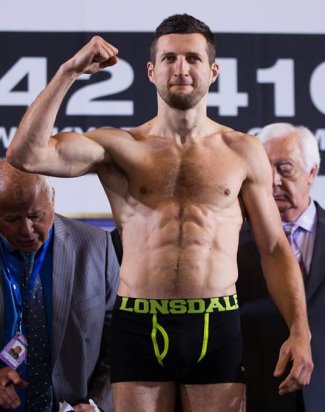 Marlon Sandro in Lupo boxer briefs which makes him an “underwear brother” of the Lupo-wearing football superstar Neymar da Silva. 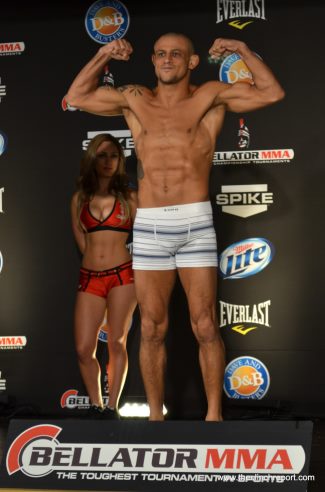 Mauricio Rua. It’s hard to ID the brand of his white boxer briefs but it looks like Calvin Klein to us. What brand do you see? 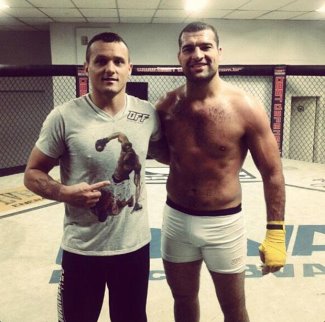 Seth Petruzelli. Like Dennis above, Seth also loves him his Superman underwear. He wins the award for “The Skimpiest Underwear Ever Worn During a Weigh In”. 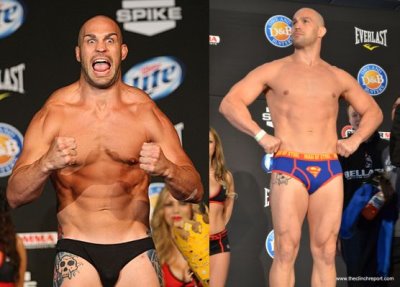 Tom Lawlor. Didn’t we tell you in a post last year that pink underwear is now a thing in menswear? The fact that Tom is wearing a pair of pink undies is proof. 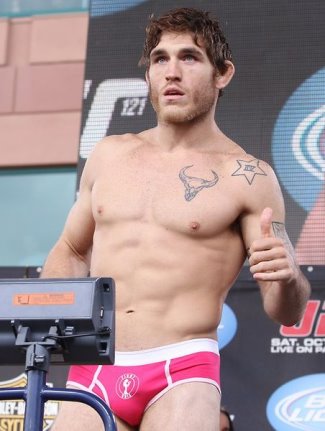 Diego Sanchez in Ethika briefs. If we saw these photos earlier, we would have included him to our list of celebs wearing Ethika. 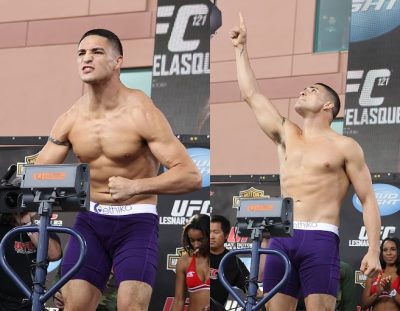 Tito Ortiz. The last but not the least in our list of MMA underwear is Tito Ortiz in his Calvin Klein briefs underwear. 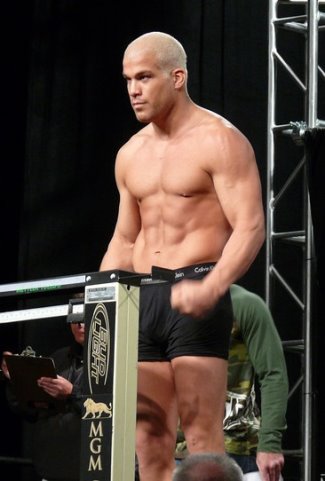