MMA Fighters Underwear: Brand Picks and Style Preferences. Are you looking for mixed martial arts (MMA) who have a second career as a male model? Well, we already brought you Georges St. Pierre’s Under Armour underwear, Alex Reid’s underwear pics, and Jason Chambers short shorts, but we are more than happy to oblige if you want some more pics of MMA fighter’s in their undies. 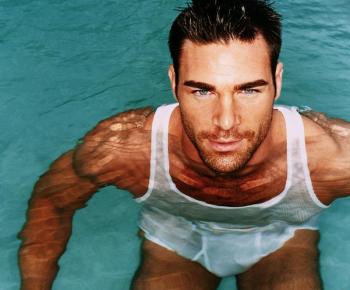 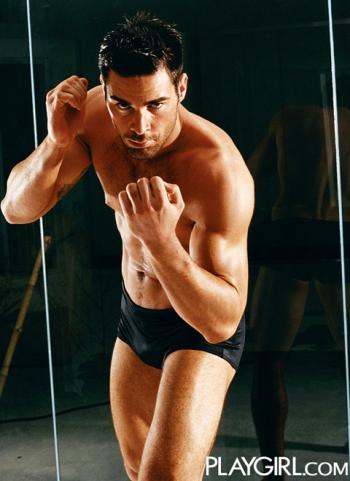 UPDATE: Apparently, a lot of you love MMA fighters as male models. All we want to do in this site is to give what our fellow Famewatchers want so here are more cage fighters’ modeling photos. 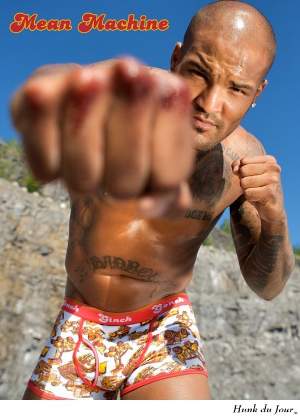 Patrick “Pat” Barry had fun attending a UFC conference with his tighty-whitie briefs. 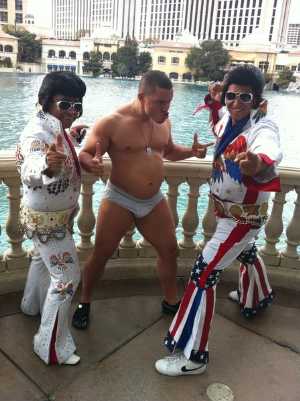 The picture below, which Pat reportedly posted on Twitter, prompted our friend Kevin to go, “Oh my fucking God!”. Kevin became an instant fan of Pat Barry because of this pic. Note to MMA fighters: This is how you can broaden your fan base. Have fun photos with your underwear! 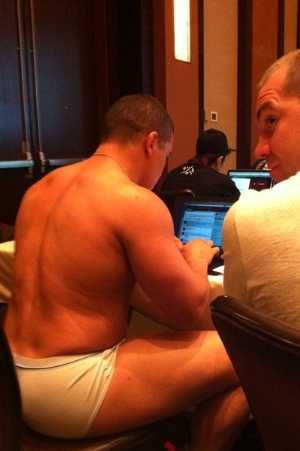 During a weigh-in, American MMA fighter Alan Belcher meets his opponent, French Canadian Patrick Cote, wearing only his Batman briefs. Nice, but this pic would have been much nicer if Patrick is also wearing a superhero-themed underwear. 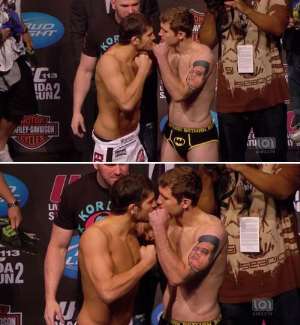 However, Patrick also has hot MMA weigh-in underwear photos. Like these pictures where he drops his shorts revealing his sexy tight Diesel briefs. 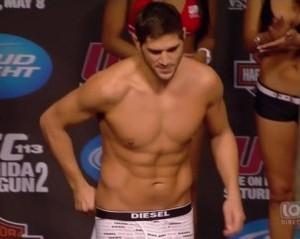 Or this one where he’s wearing striped boxer shorts. 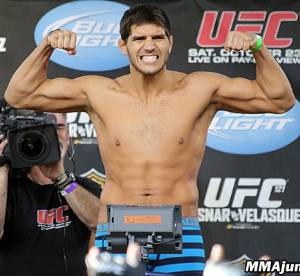 And what about this picture of our French-Canadian hottie in his bulging G-Star Raw boxer briefs? What did we tell you about how to expand your fan base? Patrick reportedly tweeted this photo for his Twitter followers? 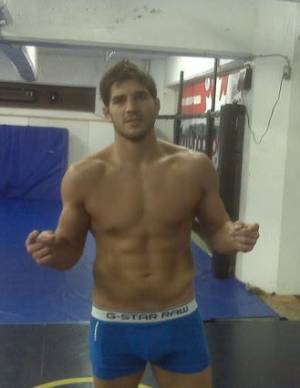 That’s it, MMA-underwear watchers! Hope you enjoyed ogling at the photos. Hehe. If you want more, go check out these MMA Hunks.