Mitchell Hope Gay or Girlfriend, Six Pack Abs, Shirtless, Underwear. So, Netflix promoted the movie Let it Snow with an image of our imaginary beau Matthew Noszka but the former-construction-worker-turned-actor was only in a few scenes. It’s deceptive promotion but we ain’t complaining because we discovered another imaginary beau.

Famewatchers, meet Australian actor Mitchell Hope who won us over with his gorgeous smile the first time he appeared on screen as Tobin. 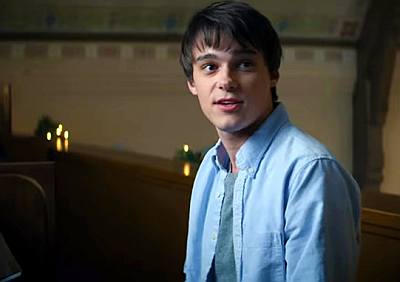 Now, we may have discovered the 25-year-old actor last night but he’s been in the acting biz since he was a kid. The most prominent projects he’s done to date would be the Descendants movies (there are three in total) where Mitchell plays the role of Prince Ben of the United States of Auradon. He also does voiceover work for the animated television sequel of the Descendants series where he graduates from being Prince to King Ben. 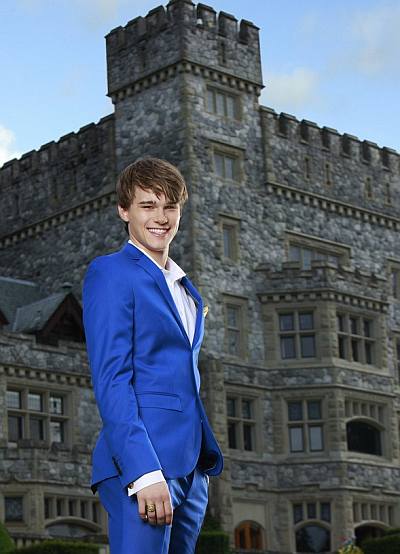 Mitchell Hope Gay or Straight. He is straight. But, we guess you can say that he is an LGBT ally as he reposted this pro-gay, anti-gun story on his Facebook account (follow him on Facebook @MitchellHopeOfficial).

Mitchell Hope Girlfriend? Is he dating anyone at the moment? What’s his relationship status now? Well, sorry girls, but he’s been in a long-term relationship with girlfriend Tayla Audrey. Like Mitchell, Tayla also comes from the Land Down Under and is also in the acting biz. Here’s a pic of the lovely young couple holding hands on a date: 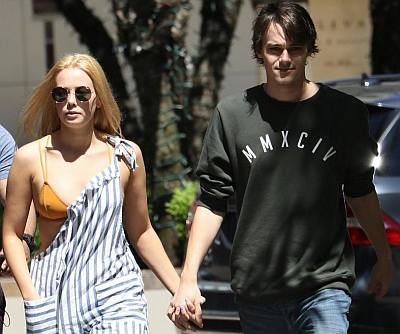 Mitchell Hope Shirtless Photos. This section is for the thirsty among you looking for shirtless Mitchell Hope pics. Question for those of you in the know: Why is he wearing a glove and posing like a boxer? Does he box for real or is he playing a role?

Another photo of Mitchell as a boxer:

We can’t help but notice that our Mitchell has got some six pack abs. You’ll notice it also in the GIF below. He must have been doing lots of abs crunching, no? Want more celebrity washboard abs?

Mitchell Hope Underwear Peekabo? Can you identify the brand of underwear he’s wearing below? We initially thought it’s Hugo Boss but it doesn’t look like when you check it out more carefully.