Mission Impossible 5 Rogue Nation Leather Jackets. Some moviegoers are excited to see the upcoming 5th installment of Mission Impossible because of the “wham, bam, bang excitement” that the series is known for. A much smaller subset of said moviegoers are more excited not merely because of the whambambang experience but because they are leather jacket afficionados who are curious to see what their favorite characters will wear.

This post is for said afficionados who, we think, will love Luther Stickell’s (played by Ving Rhames) bomber leather jacket. This is probably our favorite of all the Mission Impossible leather jackets. 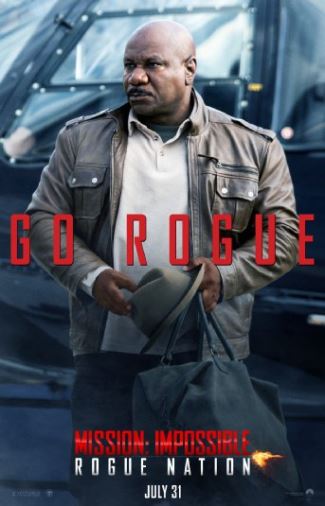 Tom Cruise/Ethan Hunt’s leather jacket is mostly hidden so we don’t know whether we’ll love it or not. [Want more sexy leather jackets?] 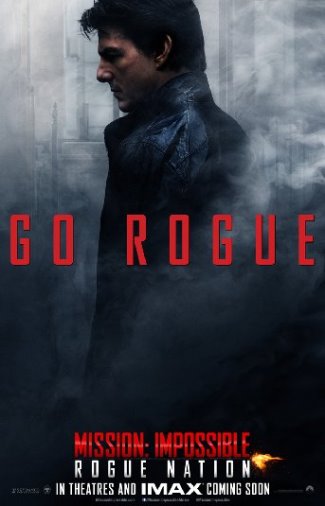 Tom with leading lady Rebecca Ferguson. Is this the same jacket seen in the poster? Too glossy, no? Makes it look like faux leather. 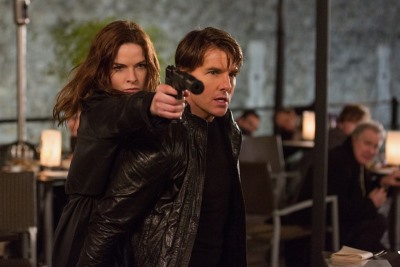 Shall we check out all the Mission Impossible leather jackets ever worn by Ethan and his buddies? Let’s start with the very first Mission Impossible movie released in 1996. Shoot, that’s almost 20 years ago! No wonder Tom Cruise looks fresh and cool in the images below. 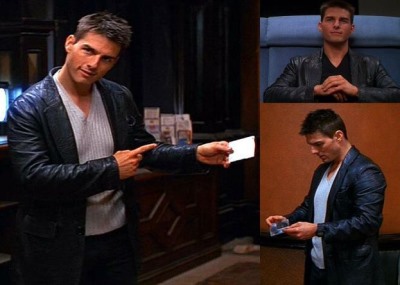 Next composite is from Mission Impossible II (released in 2000). Ethan Hunt looks badass in his biker leather jacket while Richard Roxburgh (and his leather jacket) co-star as Hugh Stamp. Unfortunately, we see no more of Roxburgh because he gets killed in the movie. 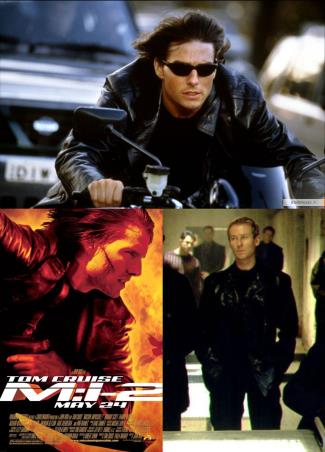 Next up is Mission Impossible III (released in 2006) which gave us this fabulous leather jacket. 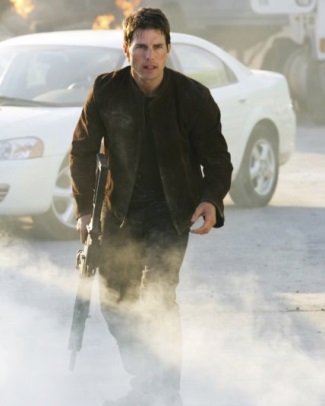 Tommy Boy, a year away from his crazy couch-jumping on Oprah, wore this leather jacket while promoting the movie. 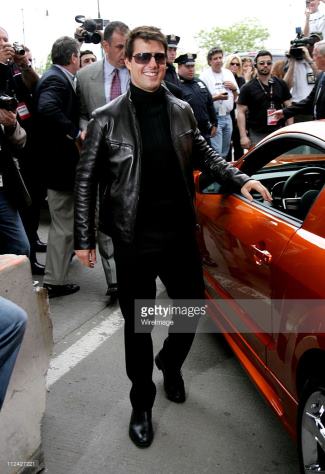 Tom didn’t have all the leather all to himself, his castmates — Ving Rhames (Luther Stickell), Jonathan Rhys Meyers (Declan Gormley), and Maggie Q (Zhen Lei) — wore them some leather jackets too. 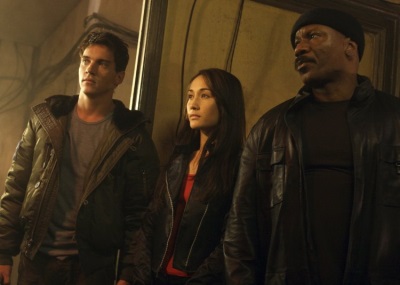 The fourth movie, Mission Impossible: Ghost Protocol (2011), brought us Josh Holloway’s leather jacket. We would have wanted to see more of Josh (he played CIA agent Trevor Hanaway) but the movie-powers-that-be offed him. 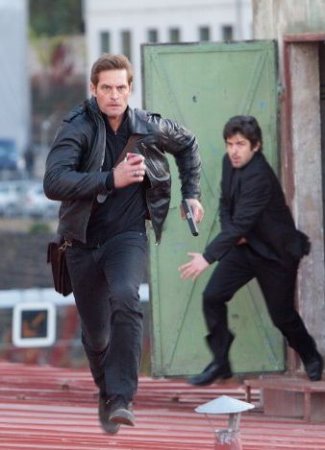 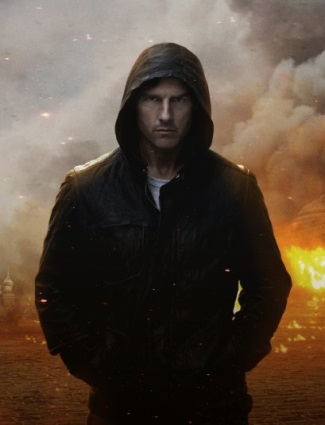 So where can you buy these Mission Impossible leather jackets? Lots of enterprising people are making replicas so that would be a good place to start.