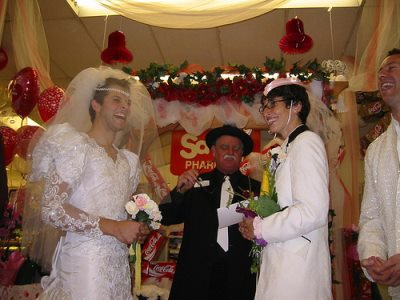 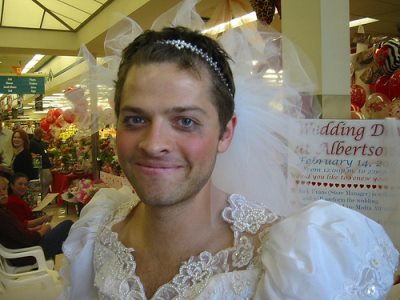 Hmm. We’re getting conflicting messages here. He looks happy but he’s got some panda eyes which reminds us of battered women. Hehe. Want more men in women’s clothes? Check out these men wearing panties. 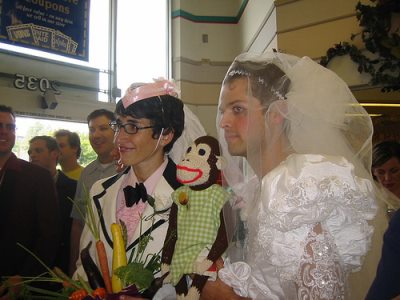 Misha and Victoria during their marriage renewal. This sure is a fun way to renew one’s commitment to your spouse, no?

Misha Collins Wife Victoria Vantoch. Most of us Famewatchers know Misha because he is a public figure while not a lot of us know anything about his wife. Well, bustle.com tells us that she is a writer and sexuality historian. Sexuality historian? No wonder Misha is comfortable with wearing a wedding dress.

More about Vicki from bustle.com:

To begin with the most basic facts, her name is Victoria Vantoch, she also goes by Vicki, and she’s been married to Misha since 2002. Together the couple has two children, three-year-old son West Anaximander and daughter Maison Marie, who will be two in September…

Misha Collins Shirtless Photos. For those of you looking for shirtless photos of our 40-year-old hunk. Yum! 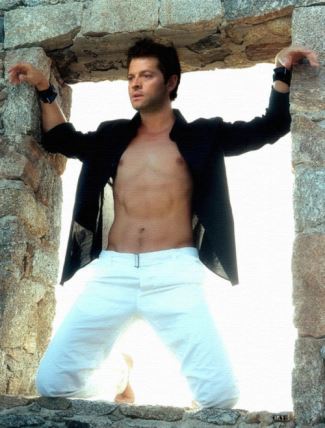 Whatever it is he is doing here, we are oh so liking it!

Misha Collins Underwear Photos. Does our Misha wear boxers or briefs? Or does he go commando like Jon Hamm (see Jon Hamm Underwear)?

Well, it looks like Misha is a boxer briefs kinds of guy! 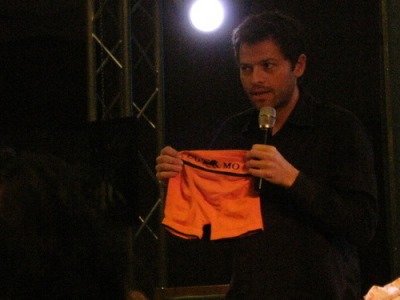 He’s got a whole clothesline of them too. 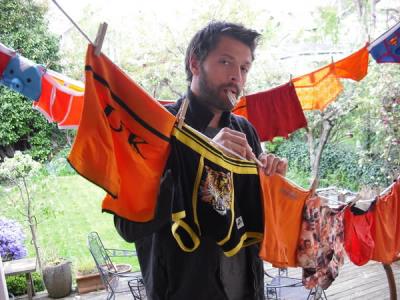 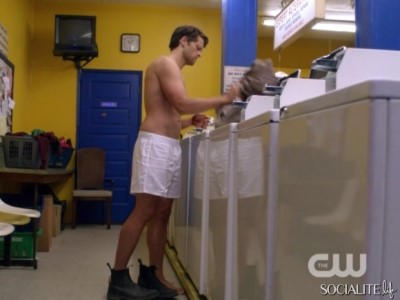 Whatever it is he is doing in the next photo, we are oh-so-lovin’ it! Did we just repeat ourselves?