Mike Trout Shirtless Photos. Who is the guy below in a silly outfit? Why is he dressed like a baby? Is he crazy? Did he get out from a mental institution or something? Nah, Famewatchers, that guy is baseball star Mike Trout. He is one of the best baseball players in the world. In fact, he is so good that President Barack Obama likened him to a Swiss knife — somebody who’s got a lot of tools and multitasks. 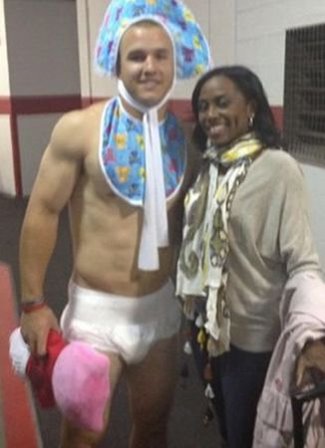 But why the silly and crazy outfit, you ask? It’s because he is being hazed as a rookie baller for the LA Angels. Hazing, of course, is a tradition in Major League Baseball where veterans “require” their new ball players to dress up in funny costumes so a good time will be had by all. [For more MLB rookie hazing, check out our post on Baseball Players Underwear.]

More Mike Trout shirtless photos. This time, with girlfriend Jessica Cox. Apparently, these two have been dating since high school. 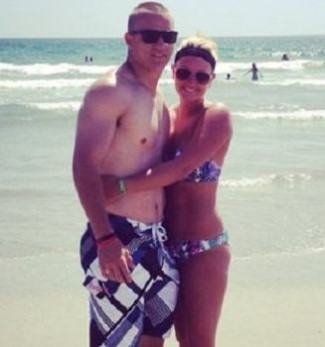 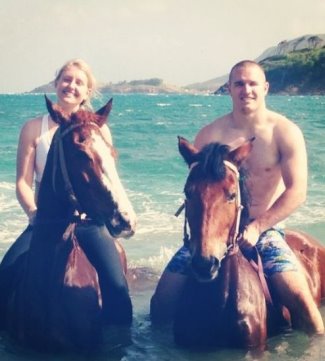 Because the young baseball player is one of the best in his sport, it’s no surprise that companies have come knocking at Mike’s door for him to endorse their products. Just a few years ago Mike and Nike inked an endorsement which saw the 24-year-old baseball star become the first baseball “player since Ken Griffey Jr. to have his own pair of signature Nike’s”. That sure is a big deal, ain’t it? 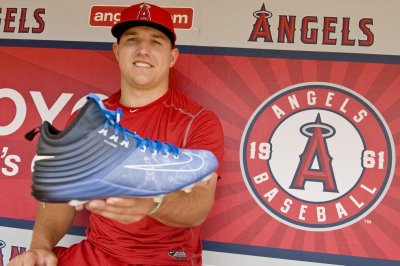 Mike Trout has had a heck of a start to his MLB career, and on Friday the two-time All-Star made his way into the history books again when he became the first MLB player since Ken Griffey Jr. to have his own signature Nike shoes.

“I basically gave them a shoe that I wore a couple of years ago and they wanted to mix it with new technology,” Trout said on Friday. “It came out pretty good.”

The shoes are pretty flashy, but Trout says he’s not worried about the colors clashing with the Angels’ red uniforms. “I may bring the neons out every once in a while. It just adds a little spark.” 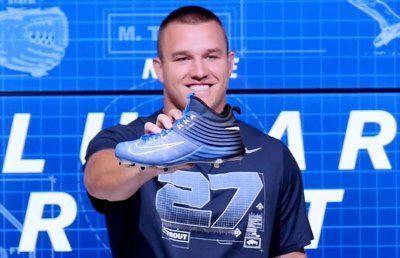 Aside from Nike, Mike’s other sponsorship deals include SuperPretzel, Subway, and Bodyarmor SuperDrink.