Mens Winter Leather Jackets: Best Designer Collections. Check out these male models wearing the leather leather jackets from the menswear collection of the various design houses for their menswear leatherwear collections. Which of these new leather jackets is your favorite? Which would you buy for your man? And which of them is so horrendous you’d never ever ever go near it? First, let’s have this Diesel Black Gold Leather Jacket which is Kevin’s favorite. Reminds us of old Hollywood fashion. 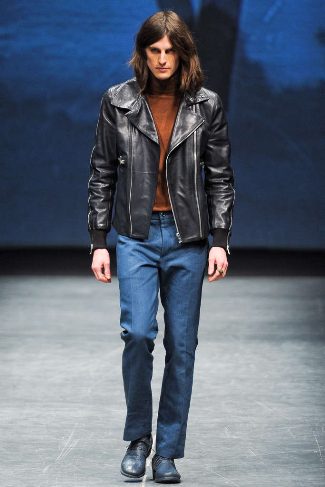 Next, a dark tan leather jacket from the Emporio Armani Fall/Winter Menswear Collection. This could have been our favorite because it hugs the body but we’re not naming it as our fav because its partly hidden. 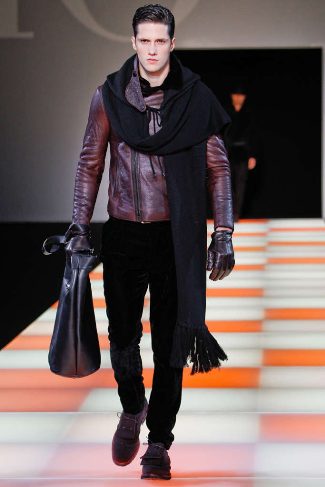 And here’s another Armani leather but this time it’s from the Giorgio Armani collection. You can see more from said collection in a post we wrote earlier: Giorgio Armani Men’s Leather Jackets. 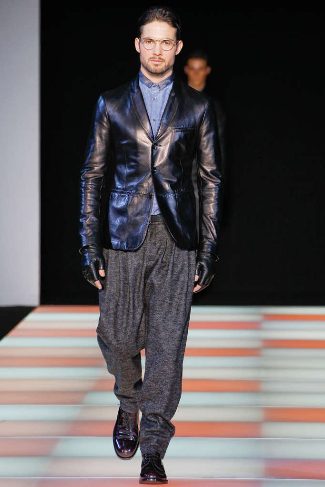 Now this John Varvatos leather jacket is Deena’s favorite. She says it reminds her of her hipster days. [Aside: We don’t know what she’s talking about because there’s nothing hipsterish about the jacket. Or is there?] 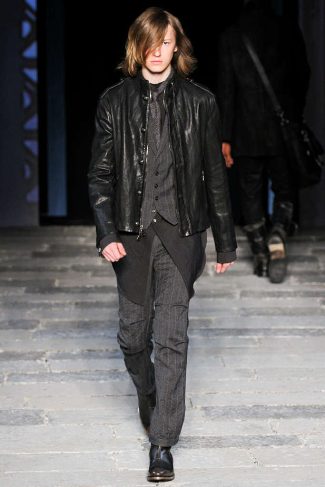 And here’s a Lanvin men’s leather jacket from the label’s collection. Interestingly, what we love about this image isn’t so much the jacket but the guy’s shoes which reminds us of the superhero with wings on his feet. [Update: We’re actually referring to the Greek god Hermes (or Mercury among the Romans) and he ain’t no superhero but a god.] 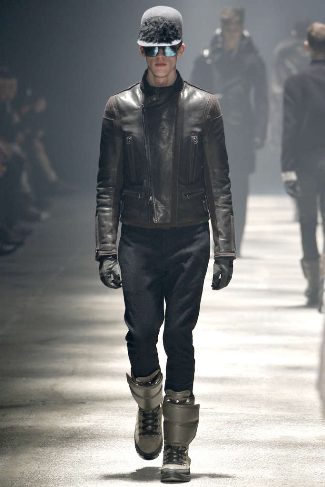 Here’s a leather jacket from the House of Moschino. 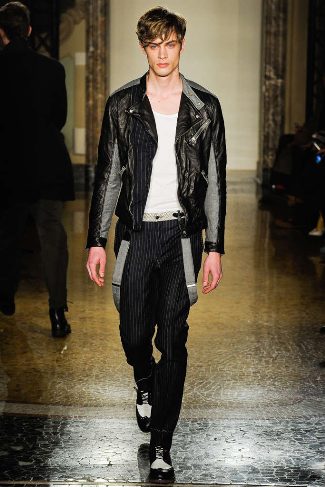 From Rick Owens, a brand beloved by some celebrities such as Jay Z. [See Celebrity Fans of Rick Owens Leather Jackets.] 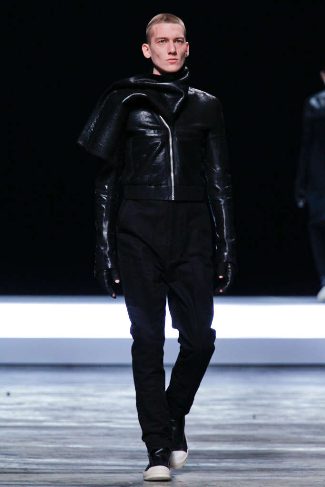 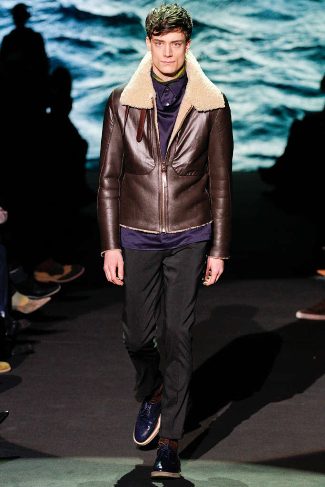 From Salvatore Ferragamo. This is our friend Kevin’s favorite among these mens winter leather jackets. 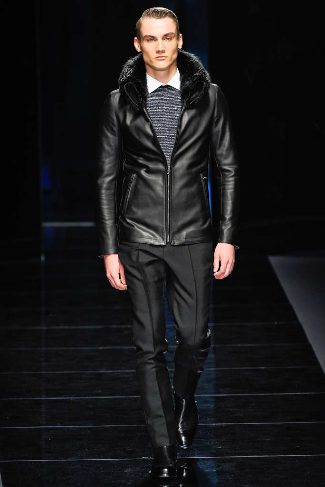 From the quirky designer that is Vivienne Westwood. 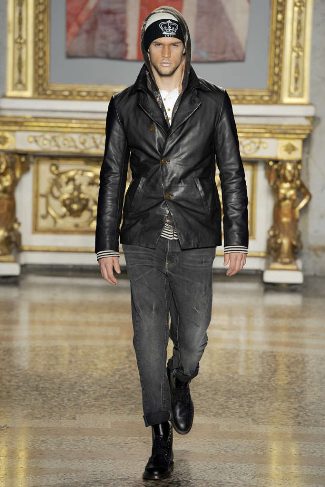 Now, there’s really nothing horrendous about the above outfits, no? Maybe because we didn’t include one by Alexander McQueen. Haha. But wait, there’s more. Remember male model Ryan Bertroche? Check him out in his leather jacket and leather shorts. 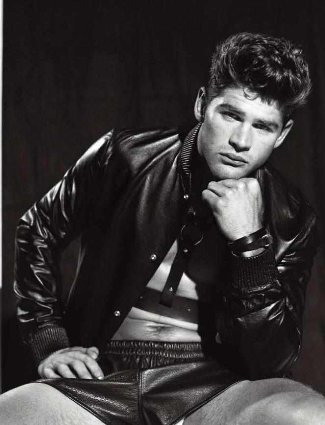 We can’t help but think durrrttttyyyy thoughts about him. Hehehe. You can see more of him in Male Model in Leather Pants and Underwear.

So do you have a favorite among the above mens winter leather jackets? Ours would be the Lanvin leather jacket because it looks so sleek and stylish.