Mens Swim Shorts 2015. The winter ice is melting. The grass is starting to wake up from its hibernation. The birds are now heading north from their tropical paradise. And you are looking forward to the days of spring and summer where you can go swimming, surfing, boarding, or simply running around with your pals at the beach. If you are like our friend Kevin, now is the time to go shopping for swim shorts to wear for such days.

Check out these eight mens swim shorts from the campaign adverts and runway shows of some menswear brands. Which of these do you see yourself wearing? [Want more men’s swimwear in 2015?] 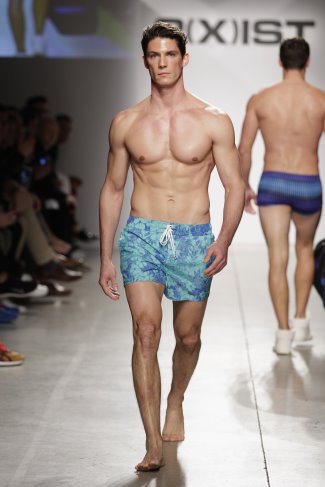 Be comfortable in this board shorts from the Aqua Bendita 2015 Champion Line Men’s Swimsuit. 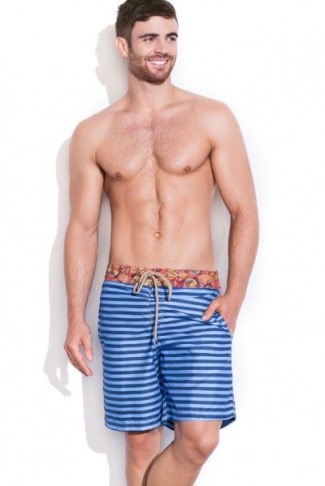 Brazilian hunk Celso Carvalho models a sexy modern-cut swimsuit in this Danward Cruise 2015 Campaign image. We’re told Danward is a Swiss brand but we are not 100% sure. 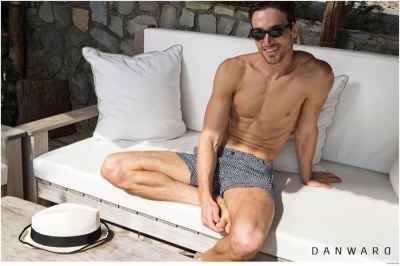 Beach shorts from the Emporio Armani Spring/Summer 2015 menswear collection with male models Andy Walters, Jakub Zelman and Matt Trethe. Three is a crowd because one is left out (like the one on the right). You should go join these guys to make it a sexy foursome. 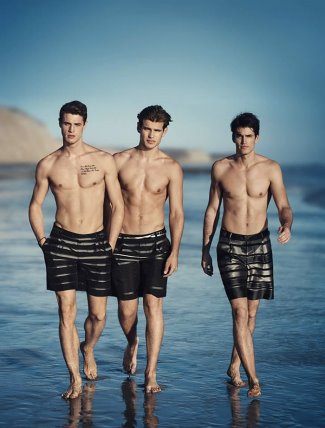 If you are as hot as Italian model Fabio Mancini you’d be posing at the beach as he does in the photo below. He’s wearing a pair of swim shorts from the spring/summer beachwear collection of Zeybra Portofino 1962. If we are not mistaken, Zeybra Portofino is an Italian brand. 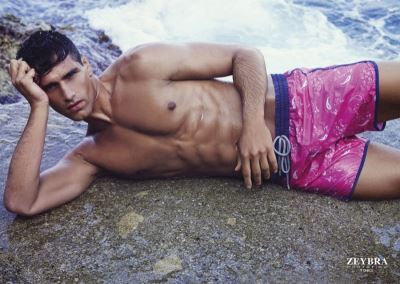 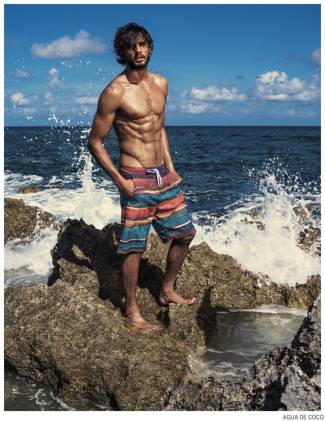 Unlike swimming pools where the lifeguard can prevent you from swimming if you’re not wearing proper swimwear, the good thing about the beach is you can wear just about anything. For instance, your basketball shorts — like this Joshua Sanders Spring Summer 2015 outfit — can do double duty as swim shorts. 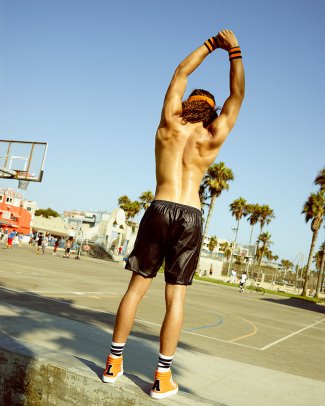 Swim shorts from the OATH Spring/Summer 2015 ad campaign. If we are not mistaken, OATH is a South African label. 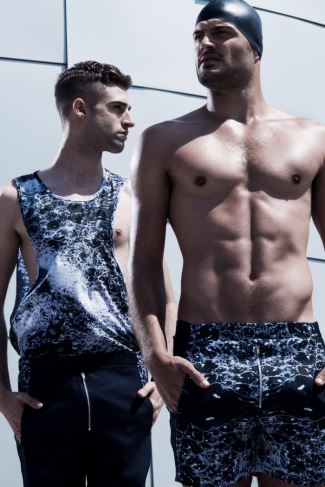 So do you have a favorite among these mens swim shorts 2015 collections? Ours would be the Emporio Armani ones because they’re the kind our hubby can wear not only at the beach but also when we send him on errands around town. Haha.