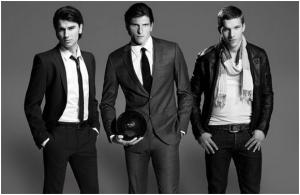 These are ad photos for a Hugo Boss perfume, but we’d rather ogle at their stylish suit and tie. Okay, not all of them are wearing men’s suits but we forgive him (hello, Lukas Podolski) because he kinda looks like Ewan McGregor in his leather jacket and stuff.

Who are these stylish footballers in suits? Well, let’s introduce them to you.

First, we have the sexy Serdar Tasci, a defender who plays for VfB Stuttgart as well as the German national team. He is of Turkish descent but he was born in Esslingen, Germany. 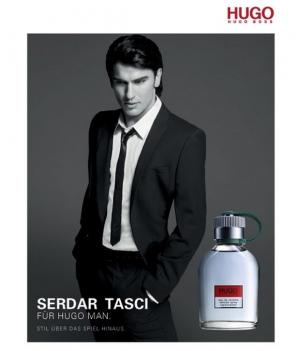 Second, here’s the manly Mario Gomez. He is a striker for FC Bayern Munich since 2009 as well as the German national team. He is of Spanish and German descent (his dad is Spanish and his mom is German). He was named as the German Footballer of the Year in 2007. 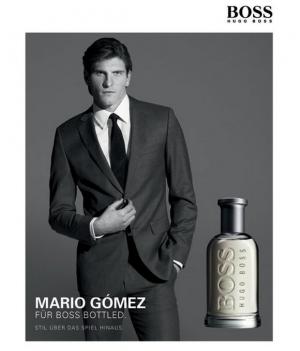 Lastly, let’s check out the the lovely Lucas Podolski. He is a striker for FC Köln and the German national team. He was actually born in Poland but he grew up in Germany. He holds both Polish and German nationality. 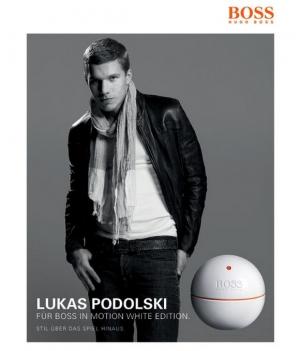 Of these three footballers, Lucas probably has the most fanatic fans because they came up with a Lucas Podolski song the lyrics of which go like this:

The fans that sing “Lukas, WE LOVE YOU”
Yes, you have really the golden shoe
Come and make the hiring finally purely
For then all the world sing:

Alle:
Goldi Poldi Halleluja
There is a soccer God

Want more men in suits? Or check out these hot and hunky football players.